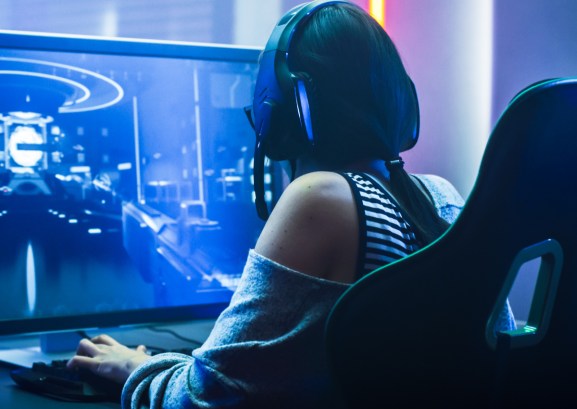 How do you monetize esports? The traditional sports broadcast model is tried and true, but new approaches to engaging audiences and driving revenue are gaining traction. To learn how to get the most out of the old methods and explore the new, don’t miss this VB Live event!

“What you’re seeing is a tectonic shift in viewership and consumption from the millennials and Gen Z — gaming is the preferred entertainment,” says Kent Wakeford, Co-founder and COO, Gen.G.

According to Wakeford, more than 22 percent of American millennials watch esports, which is more than the number of millennials that watch either Major League Baseball or the NHL.

And it’s a global phenomenon. If you look at the global reach which includes over 300 million viewers and enthusiasts of esports, over 50 percent of that audience is in APAC, with 15 percent in North America, about 18 percent in the EU, and the rest scattered around the world.

But as the industry has grown, the revenue model has stayed very much the same, mimicking the traditional sports template — which is why you see so many traditional sports teams moving into esports, Wakeford says. The key revenue drivers in esports are media rights, sponsorship sales, live events, merchandise, and prize winnings, but there are a number of unique and innovative areas of activation and engagement between the teams and leagues and fans in several areas.

Media rights, for instance, is becoming a big area of change and growth recently. Wakeford points to the significant partnership that the Overwatch League formed with Twitch, setting new records for partnerships in the space, plus the partnership with ESPN for linear broadcast

These big media deals are not quite of the scope you see in the NBA and the NFL, but are significant media partnerships, really showcasing the power of the audience and the viewership for esports. But it’s not just staying at the league level.

“I think what you’re going to see is media rights growing not only with the big leagues, but also with the individual teams and the player streams,” Wakeford says. “That’s a key area of differentiation from traditional sports, where esports teams are highly engaged and doing a lot of innovative content creation through streaming platforms, through social platforms, doing IRL [in-real-life] content.”

Sponsorship is going to be the next big growth area for esports, he says.

“Every month you hear about another big brand stepping into the esports space,” Wakeford continues. “Well-known Fortune 500 brands and marketers coming into the space. That trend is going to continue, especially as you have more structure around the leagues and a more clear understanding of who the top teams are and who the top players are.”

He predicts that we’ll see a lot more brands coming in and a lot more innovation around the types of activations that teams and players and leagues will do around esports, in order to really include those brands in an authentic way in front of consumers.

Live events is another area of growth to keep an eye on, starting in 2019, but growing significantly in 2020 and beyond.

As a by-product of all of this, as the teams continue to grow and the leagues continue to grow, merchandise becomes a bigger and bigger area of growth for teams, with a number of leagues jumping into the category by creating merchandise that has an authentic feel for consumers.

But esports can still learn a number of significant things from media and broadcast.

A lot to learn still from the old world

One of the most important ways to engage fans is to tell the story of the players, by adding rich backstory, Wakeford says.

For example, if you watch ESPN or listen to podcasts, so much of the content is about individual players, the dynamics and the stories of the players, and what they’re doing. As a fan, you can engage and form a deeper connection and relationship with those players based on all the content and programming that’s been developed by the ESPNs of the world. And that’s going to start coming to the esports world, he predicts.

“As these traditional broadcasters like ESPN start to come into the market, they’ll start to tell the backstory of the players and the dynamics and the rivalries, and that will really help a lot of people start to engage at a deeper level with esports,” he explains.

The esports world already has a leg up in the digital world, with its teams and players. Many esports players stream on Twitch, and post or stream on YouTube, creating a direct relationship with their audience. It’s that direct, one-to-one relationship that’s going to further grow in the next couple of years, Wakeford says.

On the sponsorship side, one of the key things the esports world can learn from traditional sports is leveraging sponsorship packages and activations with major brands that are measurable and that fit into the way brands are used to engaging in sponsorships or buying media. There are tools being developed, whether it’s companies like Fan.AI or GumGum that are able to put a lot of data behind the sponsorships and ensure measurable outputs. Those technologies are going to really help enable the flow of sponsorship dollars into esports.

Connecting to the global market

“What you’re seeing with esports is that it is truly global,” Wakeford says. “In order to reach a global market, streaming is a great way to connect with fans, but you need to be thinking about platforms that are not just Twitch and YouTube, but may be very specific to other countries.”

Global streaming is going to be a key area of growth, and something that you don’t necessarily see with a lot of more traditional sports.

Social is also important, as is getting a foothold on platforms which have really deep engagement, a passionate fan base, and a number of ways for players to engage.

“These platforms that are connecting players with their fans are going to continue to grow esports, and it’s on a global basis, not just a regional basis.”

The future of esports

“I’m a big believer in esports,” Wakeford says. “I believe that in the future we’re going to see viewership continue to grow and surpass traditional sports, including the NFL. I think live esports events will become prevalent in every major city in the U.S.”

To learn more about the growing esports phenomenon, the rich opportunities to mine for esports gold, and where the money is coming from, don’t miss this VB Live event!

Register now to join us for free.