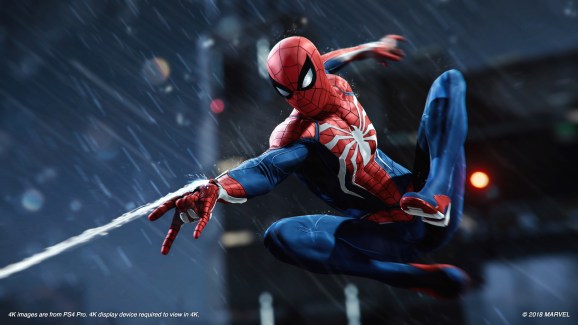 Consumer spending on video games in the U.S. during Q3 2018 (July to September) reached $9.1 billion in the U.S., according to The NPD Group. That is up 24 percent compared to the same period last year.

Hardware sales were up 11 percent to $737 million. Accessory sales grew 44 percent, while game cards (which give things like in-game currency or subscription time) grew a massive 63 percent.

“The video game market in the U.S. continues to thrive with compelling gaming content expanding the market, driving higher spending of hardware, accessory, and software,” said Mat Piscatella, games industry analyst at The NPD Group, in a statement sent to GamesBeat. “And with the sales strength of recent releases such as Marvel’s Spider-Man and NBA 2K19, combined with cross-platform titles such as Fortnite, there appears to be no slowing down as we head into the final stretch of the holiday shopping season.”

The holiday season encompasses Q4, and it will get a boost from giant titles like Call of Duty: Black Ops 4 and Red Dead Redemption 2. Nintendo Switch also gets help from exclusives Pokémon Let’s Go Pikachu and Eevee and Super Smash Bros. Ultimate.