Modern Times Group (MTG) said it has invested in 11 gaming startups during the past year or so. The Stockholm, Sweden-based MTG made the investments in categories, including online gaming, esports, virtual reality, and augmented reality.

This disclosure makes MTG one the most active investors in the games sector, with a portfolio of gaming content, software tools, live experiences, and retail products.

In June, Goldman Sachs reported that esports investors will benefit from the transition of competitive gaming to a professional sport with well-established leagues that capitalize on original content, media rights, and multi-year, multi-territory sponsorship deals.

“We’ve been heads-down, and this is a good time to talk about our investments,” said Scott Rupp, managing director at MTGx USA, in an interview with GamesBeat. “We were getting them done and getting the portfolio to a significant size.”

Goldman Sachs said that between 2013 and 2018, $3.3 billion of venture capital was invested in esports-related startups. In 2018 so far, $1.4 billion was invested, a nearly 90 percent year-on-year increase from the total amount of funding in 2017.

Rupp said the company always wants to make sure it adds value, beyond providing money. It focuses on teams and interesting sectors where the market is changing fast.

“MTG has proved to be an attractive partner for young companies that recognize our values-driven entrepreneurial culture,” said Jørgen Madsen Lindemann, MTG’s CEO, in a statement. “Having a rich history in multi-platform storytelling and having operated a robust media business that has consistently outpaced the industry, we offer entrepreneurs a meaningful partnership and synergy benefits.”

Launched in November 2017, MTG’s $30 million VC fund is targeting minority investments in five to 10 innovative companies a year. Rupp said one of the reasons the company launched the fund was that there weren’t a lot of active investors who came back over and over again to invest in games.

Rupp said game entrepreneurs are “exceptional human capital and you have to be there when they are getting started. We did see a big gap in the market, and there were not enough mainstream VCs supporting game investments. There was a gap in the capital markets in moving the companies from A rounds to B, to C, and then to exit.” 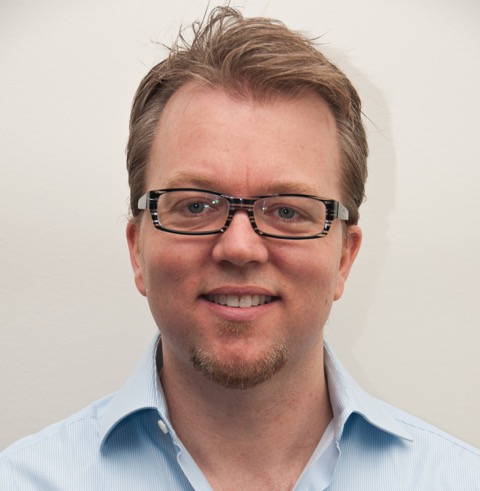 Above: Scott Rupp is managing director of MTGx USA.

MTG has also made smaller investments in companies like Runtime, an esports nutrition company; Blitz, an esports learning app; Volley, a leader in voice-controlled games for smart speaker platforms like Amazon Echo and Google Home; and Mobcrush, a live-streaming app for mobile gameplay.

“The gaming ecosystem is made of many platforms, original titles, publishers, leagues, teams, influencers, and tech, and MTG is assembling the most promising players in this sector under one roof,” said Arnd Benninghoff, head of MTG Games and Esports, in a statement. “Our portfolio of international companies strikes a healthy balance of credible and high-potential companies, that have turned their passion into successful enterprise”.

In June 2017, MTG bought GameStop’s digital games division, Kongregate, for $55 million. Since that time, MTG has focused on both Europe and the U.S.

“That’s our sweetspot for our pipeline and deal flow,” Rupp said.

While there has been a lot of activity with games and cryptocurrency or blockchain, MTG hasn’t made an investment in that category. Rupp said the company is looking at blockchain but is not actively investing in any startups in that category yet.

He said the growth of VR’s installed base disappointed some. But he said it may be worth a look again as it is becoming more viable for developers.

“We are not too far off for the opportunity for VR game developers to be looking better,” Rupp said. “We are not unique in being excited about location-based VR. The sweet spot there is for gamified, replayable experiences. We invested in Nomadic for that reason, as they are super thoughtful on those things.”

As for augmented reality, he said it will enable new gaming genres. Those who get there early and figure it out can do really well, he said. He said the company’s first investment in AR will be coming soon.

Modern Times Group is traded on the Nasdaq stock exchange.