Pearl Abyss, the South Korean game company that bought Eve Online maker CCP Games, announced today that it is adding a battle royale mode and an archer character to its popular Black Desert Online, an online role-playing game. In doing so, the game publisher is responding to the chorus demanding a “last player standing” mode like with Fortnite, PlayerUnknown’s Battlegrounds, and Call of Duty: Black Ops 4.

Jae-Hee Kim, executive producer of Black Desert Online, announced the new mode onstage in a keynote at the Festa event in Amsterdam. 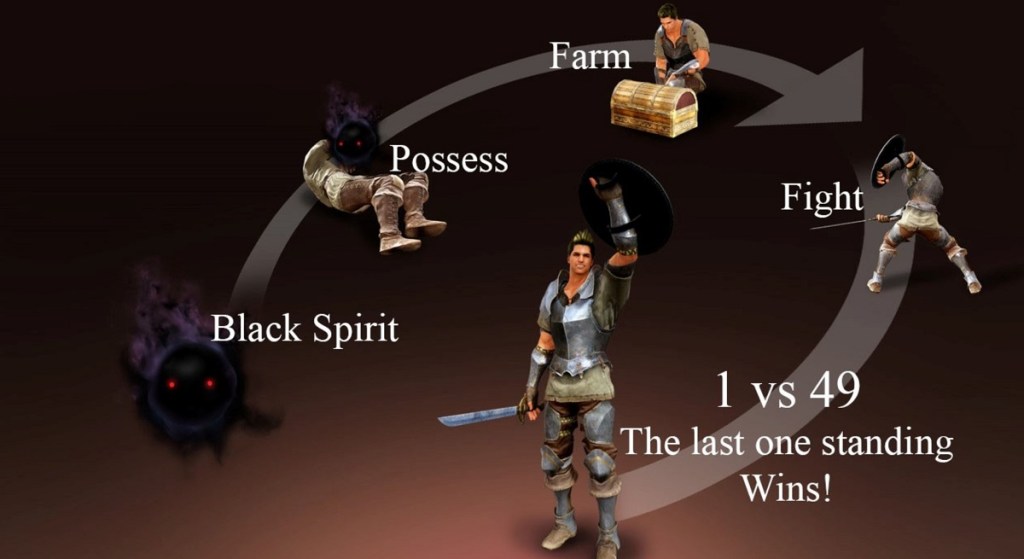 Above: Shadow Arena is the new battle royale mode in Black Desert Online.

Pearl Abyss said that Black Desert Online has more than 10 million registered players, and that should give it plenty of players to fill the Shadow Arena, a new battle royale survival mode.

In this mode, every player starts as a Black Spirit and needs to find a fallen adventurer and possess it. By destroying nearby supply crates and defeating mobs (aka weaker enemies that fill adventuring zones), players can accumulate equipment and skills. When everyone is killed except for one survivor, the game ends with a victory message.

Currently, this battle royale supports up to 50 players, and the Shadow Arena should come to the South Korean service this winter. A release for Western players will follow later.

Arrow in the heart

The Archer uses a crossbow for a stylish ranged attack and skill combos. In addition, the Archer has an assortment of magic skills that assist in combat by upsetting the opponents’ balance and wreak havoc by unleashing a flurry of arrows with the crossbow from afar.

Also, a new territory named O’dyllita is under development and will be targeted to release in South Korea in the first half of next year. It features many new fantastic locales such as The Valley of Olun, the Thorn Tree Forest, and the Castle of Thorns.

These lands are inhabited by the Turo, large powerful beasts that move in groups of two or three. Another race of mobs is the Ahib, dark magic-wielding bear-like creatures that are a force to be reckoned with.

And a new type of conflict called Territory War is under development that will focus on the feud between Calpheon and Valencia. Territory War is a war between nations, unlike the war between guilds in Conquest or Node War. All guilds that occupy level 3 and level 4 nodes in Calpheon will fight against the guilds that occupy level 3 and 4 nodes in Valencia.