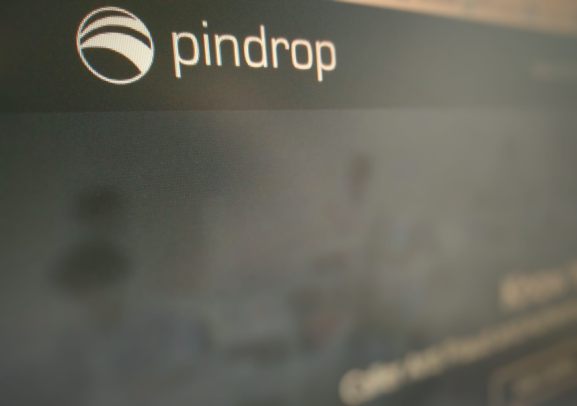 Call center phone fraud is responsible for an estimated $14 billion in losses annually, and it’s on the rise. The frequency of attacks rose by an estimated 113 percent in 2018, which is bad news for brands — according to a recent survey, a full 41 percent of customers affected by fraud blame the company rather than the attacker.

The latest round follows an $11 million Series A raise in 2013 that allowed Pindrop to expand its engineering, operations, and sales teams in Canada and Europe, and $35 million and $75 million Series B and Series C funding rounds, respectively. To date, Pindrop has attracted $212 million in investments.

It’s not for nothing. According to Pindrop, revenue is up 137 percent over the last three years, and net revenue retention with existing customers has risen 118 percent. It currently counts eight of the 10 largest banks in the U.S. among its clientele and says it has helped protect over 200 million consumer accounts and saved over $350 million in voice-based fraud and attacks this year alone.

Cofounder and CEO Vijay Balasubramaniyan said the Series D capital will be used to “boost … advancements” in Pindrop’s consumer internet of things and voice technology and to strengthen its presence in Europe and Asia. It’s projecting triple-digit growth in EMEA bookings in 2019.

“Our broad range of investors collectively view Pindrop as the established industry leader for securing the future of voice as it moves beyond the voice channel and toward voice-enabled devices,” he said.

Balasubramaniyan conceived of Pindrop in 2010 while traveling abroad in India when he attempted to order a new suit from a local tailor. His bank flagged the international transaction as suspicious and tried to call him to verify the purchase, but couldn’t prove his identity over the phone.

In 2011, after earning his PhD at the Georgia Institute of Technology with a dissertation on analyzing the traits of phone calls to determine their unique characteristics — a technique he dubbed “phoneprinting” — he met with local entrepreneur Paul Judge. The two founded Pindrop with Mustaque Ahamad, Balasubramaniyan’s former academic advisor.

“Voice-based systems, both phone and IoT based, have traditionally been vulnerable to a range of security threats and fraud because of a lack of robust identity and security technology,” Judge said. “At Pindrop, we are bringing trust and security into voice-based interactions to enable the evolution of voice as the next computer interface.”

Pindrop claims its patented Pindrop Protect technology, which runs in the background of calls and takes into account factors such as location, behavior, device type, audio, voice, and time of day to confirm caller identity, can reduce fraud loss exposure by up to $500,000 for every 1 million calls. By scoring each call based on AI-driven anomaly detection and using voice printing to correlate matches with what Pindrop claims is one of the world’s largest audio databases of fraudulent calls, the company contends it’s able to lower handle times by up to 60 seconds.

Pindrop and Verizon Enterprise Solutions last month jointly announced the Verizon VoIP Inbound Anti-Fraud and Authentication service, which integrates voice and multifactor authentications for enterprise call centers. And thanks to the new capital, Balasubramaniyan said the company is poised to bring its voice authentication to voice-assisted smart devices ranging from Google Home and Amazon’s Echo lineup to smart locks and connected cars.

“Voice-enabled interfaces are expanding how consumers interact with IoT devices in their everyday lives, as well as IoT manufacturers’ ability to offer smarter and stronger solutions,” said Allegion Ventures president Rob Martens. “We’re excited about the future of voice technology and see Pindrop as a pioneer in the space. We look forward to working with Vijay and his team to accelerate the adoption of voice technology into new markets.”