GamesBeat: My thing: I wished for faster fast travel. I imagine there’s an argument against it.

Nelson: Some of these things are very deliberate. I would certainly say that the way we handled a lot of that was deliberate. It’s a big game, and a lot of it depends on where you decide to put things. Some decisions are more deliberate than others. We react as much as we can in the next games we make.

GamesBeat: In some ways you already have that. You have Red Dead Online, and you can develop that further and change some things. How should people look at Red Dead Online versus some of those decisions you made?

Nelson: I think we look at it as a work in progress. The nice thing about the online games, and certainly with GTA Online — it took us a couple of years for us to find our feet with it. People were patient and they played and talked to us and we listened. We had to develop a more robust set of tools to deliver heists that lived up to what we thought people expected, and once we did that we were able to develop content that was a lot more sophisticated than what we’d previously offered.

The people working on this are trying to make it as good as it can be, but we’re a couple of thousand people, and once you put it out in the wild, if we’re lucky we hear back from a few million people. [Laughs] We adjust where we can. With the single-player game, it’s an experience that we’ve put out and there it is, but with the online game it’s more like a dialogue. We just want the online people to be patient and have fun with it and talk about what they like and what they don’t. We want to make what people want.

GamesBeat: It was nice to see the New York Times talk about it like a work of art.

Nelson: That’s very humbling, and overwhelming. Like I said, it’s a relief. What I think we’re really interested in the kind of conversation that we’re having right now is the nitty-gritty. We want to get better and keep making better and better things. I like to read when people have feedback and think about how it can apply, knowing what we know and considering the decisions we made.

Why did you design …

GamesBeat: When [Rockstar PR] read my review, he told me about a couple of things that I think I should have picked up on. Maybe they just weren’t hammered home to me quite so well. One was how the drunken mission takes place before you rescue Micah, but PR pointed out that Arthur never really liked Micah. He was probably perfectly happy to let him hang. This delay in going out to rescue somebody made some sense.

Nelson: We moved missions around like that. It wasn’t always there. But we thought that was a good time to go and show you a different side of Arthur, so that he wasn’t too one-note. He had a fun side, a more crazy side, or whatever you want to call it. We wanted him to feel like a fully developed person. And we put it there to make sure he wasn’t rushing out to get somebody that he didn’t really care about.

Nelson: We had three economies in the game. We had Arthur’s money, and then the camp fund to which you can contribute, but that’s just the gang’s operational money. The gang’s savings, those coffers, they build up over time as the gang does every job and they restructure the nitty-gritty stuff. If you look in the ledger to contribute, the gang is rebuilding their coffers, and that money comes into play [later]. The gang fund may be quite low, but that’s just for buying the gang’s supplies. 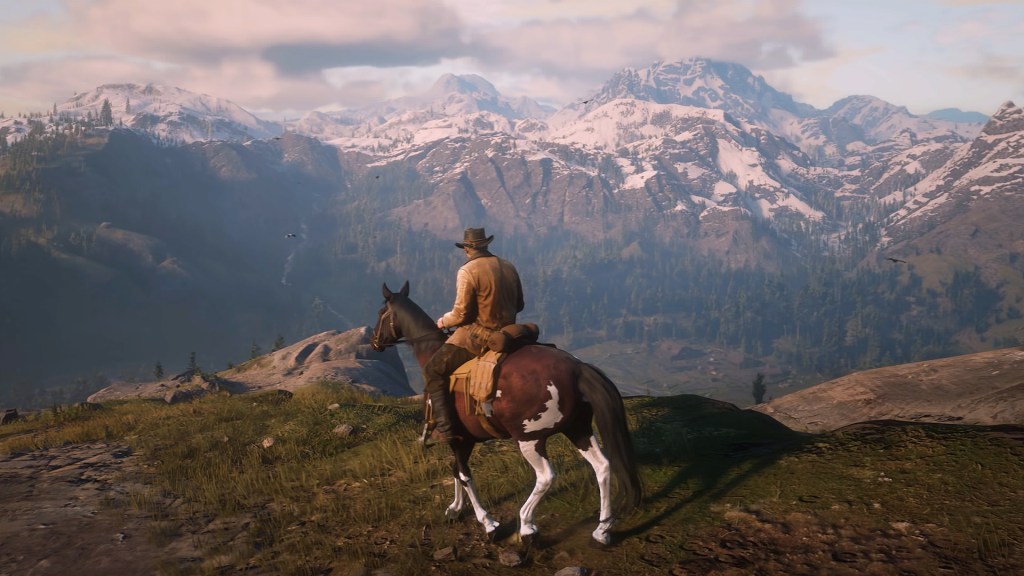 GamesBeat: As far as some of the surprising things people have noticed that you can do, I think the IGN review showed the horse’s testicles could shrink in cold weather? I wonder if you’ve seen people discover some things that have surprised you too.

Nelson: Of course. To me, the horse balls, what everyone talks about — that was just one person. I think he was in the Toronto studio. He just decided to do that one day. There wasn’t any big discussion about how we were going to do that from a high level. [Laughs] Everybody has a passion for their work that they apply in that way. If it’s going to support the game feeling believable, everyone puts in the time to try to do that. There are tons of things like that.

Working on the game, I was surprised every week by new things. I see people talking about the game and having similar reactions to what I had when we were playing. Riding along and seeing this little critter follow my horse. I thought it was a bug. I aimed at it, because my rifle was still raised, which indicated that it was alive. I went over to it and it said, “Skin possum.” So I went over to skinning, and it jumped up and hissed and ran away. I just laughed. That was another little group of people who said, “Let’s make the possums play possum and have some fun with the players.”

GamesBeat: I don’t want to get into the ending that much or spoil anything at all, but I do wonder why it ends the way it does. My guess is there’s this desire to have an explicit connection between this game and the first game. But do you have anything that can direct people to why it ends this way?

Nelson: I think that’s right. I think it has to, by the nature of being a prequel — it has to connect. Also, the gang had to be big. If it was just Bill, Javier, Dutch, and John, and maybe two other dudes, why didn’t someone just arrest all these guys? The gang had to be big and it had to be fluid. People had to go in and out. That’s also the type of story we wanted to tell.

I just think it had to end that way. It was the right ending for the game. It had to be a sort of spiritual sequel to the last game as well. There’s a sadness in the last game. We wanted it to be different from the last Red Dead mechanically, but feel absolutely familiar. I think that’s why it had to end the way it ended. 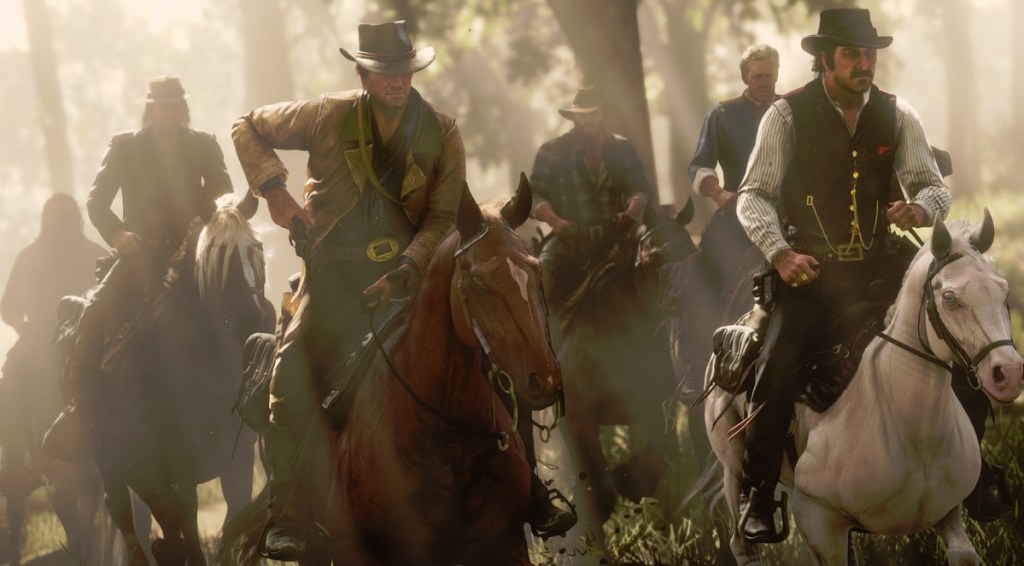 GamesBeat: There was an interesting choice the characters make, to either do something relatively boring or to live the outlaw life. I thought it was interesting for a video game to present the choice in a realistic way. Do you love your family, or do you love being an outlaw? In video games the presumption is that the violent life is the answer. There’s a metatextual thing here where it’s saying the opposite, as the message of the game.

We maybe try to get you to like certain ones and not like certain others, but you needed to be able to do that yourself as a player. Not in cutscenes, not in watching it passively. Am I going to go talk to Tilly now? Am I going to talk to Susan? Am I going to go help Reverend Swanson? Do I like Pearson? Whatever it is, we needed to give you the option. If you have a connection with the characters, we need to give you the ability to build that interactively within the game.

But then you also have to leave the camp and go out in the world and have experiences with them in the world. You need options for interacting with them beyond the confines of the camp. We had to develop this social interaction system. I really wanted to do that. What does it mean to give you options besides just aiming a weapon at people? All of a sudden, the decisions you make as a player that you maybe made somewhat thoughtlessly before — it’s really interesting stuff.