Ashen, the indie action-role-playing game from Annapurna Interactive, has debuted on the Epic Games Store and the Xbox One.

The game is one of three that are now available on Epic’s brand new online PC game store, which will only take a 12 percent cut instead of the traditional 30 percent. The launch was announced tonight at The Game Awards in Los Angeles.

Annapurna Interactive revealed that, after a long development cycle, the action role-playing game is now available for players to purchase for $40. New Zealand-based studio A44 created Ashen, adding to Annapurna’s stable of indie titles such as Donut County, Florence, Gorogoa and What Remains of Edith Finch. 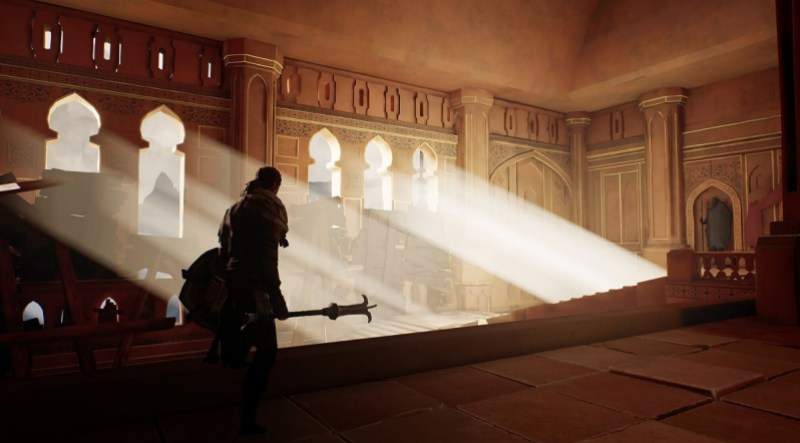 Ashen is a co-op adventure game about a wanderer in search of a place to call home. Annapurna said that, at its core, Ashen is about forging relationships, as players may cross paths with one another and choose to guide those they trust to their camp, encouraging them to rest at the fire and perhaps remain.

There is no sun and the natural light that exists comes from eruptions that cover the land in ash. This is a world where nothing lasts, no matter how tightly one clings to it.

Additionally, Outer Wilds, an open-world mystery about a solar system trapped in an endless time loop developed by Mobius Digital, has been announced for the Epic Games Store at launch, in addition to the previously announced Xbox One version, and will be coming soon.

New to the Annapurna Interactive portfolio, Journey, the acclaimed game by Thatgamecompany and originally released on PlayStation, will be coming to PC via the Epic Games Store platform in the near future.

Rounding out Annapurna Interactive’s announcements for the night, Donut County, a story-based physics puzzle game about a mysterious hole in the ground developed by Ben Esposito, will be coming to Xbox One on December 18.

Annapurna Interactive is a division of Annapurna Pictures, the production studio behind Zero Dark Thirty, Her and other films. It is headed by Megan Ellison, daughter of Oracle chief Larry Ellison.