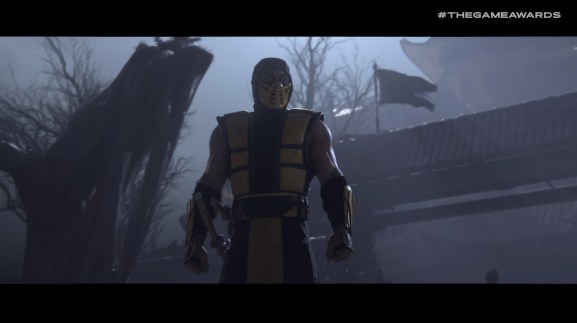 Mortal Kombat 11 (that’s eleven, not the roman numeral for 2) is coming out on April 23 for PC, PlayStation 4, Xbox One, and the Nintendo Switch. The announcement came during The Game Awards 2018 today.

The debut trailer showed Scorpion and Raiden fighting a bloody and violent battle. The video also showed an emphasis on weapons. It played with the song “Immortal” from rapper 21 Savage.

NetherRealm Studios will have a reveal event for this new Mortal Kombat on January 17, and livestreaming begins at 11 a.m. This new Mortal Kombat will also have a what a release calls the “Custom Character Variation System.” You can use it to make custom versions of characters in the roster. The studio will also run a beta test in March.

The last entry in the fighting game series, Mortal Kombat X, come out in 2015. Warner Bros. Interactive is the publisher.

NetherRealm also works on the DC fighting game series Injustice, with Injustice 2 having launched in 2017.

Mortal Kombat is one of fighting game’s longest-lived franchises, debuting in 1992 in arcades. It made a name for itself for hits bloody graphics.