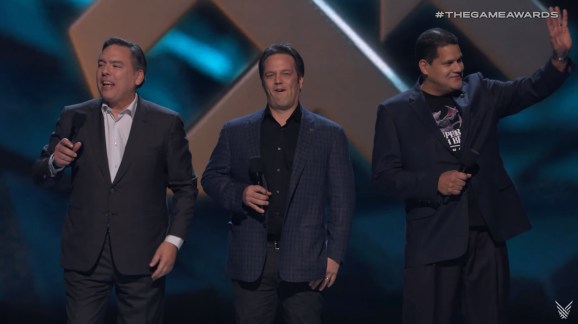 The leaders of Sony, Microsoft, and Nintendo got up on stage together for the first time in a long time at tonight at The Game Awards.

Phil Spencer, head of Xbox at Microsoft; Reggie Fils-Amie of Nintendo of America; and Shawn Layden of Sony PlayStation came out together onstage to kick off the big show. 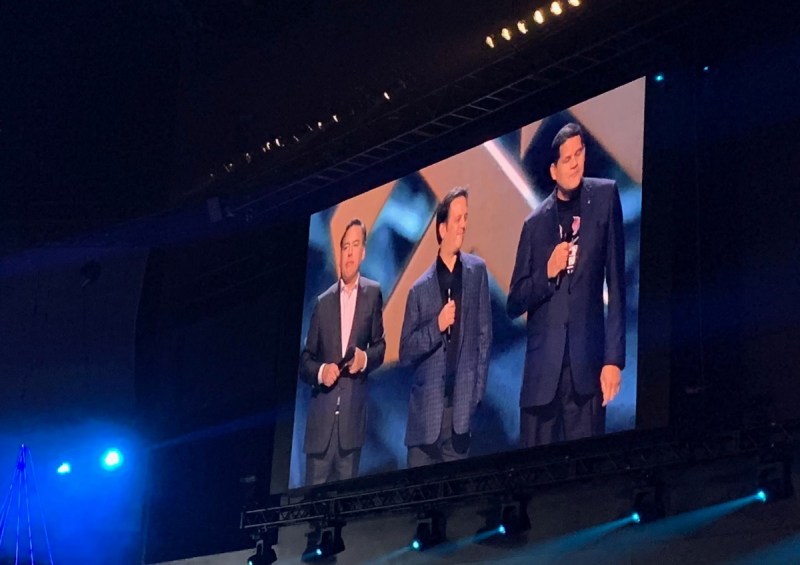 They came out to say that gaming is about coming together. They promised new games, new experiences, and new ways for everyone to play.

Geoff Keighley, host of The Game Awards, said he had been trying for five years to make this moment happen. I never thought I would see such fierce competitors go up on stage together either. But it’s good to see that there’s a common good that they can all support. I haven’t seen this happen since my first Electronic Entertainment Expo (E3) more than 20 years ago.