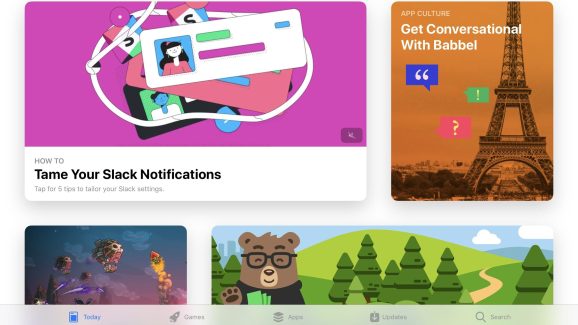 When someone needs to find an app, how do they look for it? The most likely answer is that they will search for it. According to Sensor Tower, 56 percent of game app install are driven by search. And when it comes to non-game apps, that figure rises by a further 13 percent to 69 percent of installs.

This has helped turn App Store Search advertising into big businesses for both advertisers and platform holders. Bernstein analyst Toni Sacconaghi has predicted that Apple’s search advertising business could generate $2 billion in revenue in 2020, following the news that it had already generated $500 million this year alone.

But what has driven this growth in App Store advertising? And what does its growing popularity the future hold for App Store Search advertising?

For the most part, we believe that the immediate short term will see real growth in the space driven by gentle — but required — iterations to the current service. This will help marketers drive value through search, decreasing their reliance on other platforms and costs too. But as the nature of search itself changes, we believe that the way individuals search for apps on the store could be set to shift, rewarding App Store search marketers who think one move ahead of their counterparts.

To be able to understand the future of Paid Search, it’s important to know why (and how) it evolved. The introduction of mobile search advertising to the App Store ecosystem in 2016 took place for a number of reasons.

As a result, Apple launched its first App Store Search product in October 2016, which offers advertisers the chance to land their app at the top of an App Store search page pending a bidding process. It had a few issues for advertisers to negotiate.

It launched in a single region alone, only operating in the U.S. App Store advertising creative options were also limited as media was drawn from metadata alone. There was also criticism from some of the company’s fondness for “conquesting,” as AdWeek reported, which enabled advertisers with low budgets to use major brand names as keywords to jump them in the search list.

However, the benefits outweighed these limitations. A blog post from Arc Intermedia on the launch’s aftermath raved about the Apple’s product, both for how easy it was to set up a campaign through to its low CPI cost which, at the time, was hitting as low as 88 cents while still delivering a strong conversion rate of 50 percent.

This success helped Apple to advance and extend the rollout of its ads products further.  In late 2017, it rebranded its main Search Ad product as “Search Ads Advanced” and introduced an easy to set up low-cost alternative called “Search Ads Basic” to help smaller businesses. It also added functionality, such as campaign duplication and campaign management options, to remove as much friction as from the advertising process on the store.

In addition, the company began to roll out in more territories by expanding at first to English-speaking nations (Canada, the U.K., New Zealand and Australia) before expanding into further key markets such as France, Japan, Italy, Mexico, Germany and South Korea.

For example, expanding the number of territories that App Store Search advertising is available in can lead to significant wins. Redbox Mobile has seen extraordinary growth in its paid search advertising business in Germany. In just six weeks, our German business hit similar volumes to our comparatively long-established U.S. business.

As a result of this, our first prediction for the future of search advertising has to be that Apple will score decent growth in its service from as many quick wins as possible.

We expect that geographic expansion and minor product refinements will drive the format forward initially, with the comparatively low cost of App Store Search advertising attracting advertisers seeking to buck the trend AppsFlyer identified of increased install prices and spend.

However, we also predict that Apple could drive the growth of its units further by evolving both the mechanics of its search and the quality of its campaign reporting to bolster its offering.

In the case of the former, we expect Apple to move beyond a keyword approach to deepen its attempts to deliver relevant adverts to the right users. Mooted integrations with the likes of Snap and Pinterest could both extend the reach of App Store Search campaigns and improve Apple’s internal search mechanics by improving its approach with the help of third-party data.

And in the case of the latter, evolving campaign reporting, we’d expect Apple to continue to make steps in the right direction on this. Although it is possible to assess the quality of App Store Search campaigns through some third party attribution providers, we would expect Apple to improve its first-party reporting processes to help smaller businesses using its basic product to understand how they affect in-app metrics such as registrations or purchases.

But while we believe that Apple will broadly take a “steady as it goes” approach with paid search advertising, one potential area in which we could see a serious change in approach: voice search.

Since iOS 12, there has been much deeper integration between Siri — Apple’s AI voice-activated assistant — and App Store Search. Furthermore, the explosion in sales of voice-activated speakers for both Amazon and Google has conditioned consumers to accept voice search as part of the mixture.

As a result, it is reasonable to predict that Apple could begin to examine the option of creating search advertising driven through voice. A number of things would have to happen first before it could take place. Apple would have to improve its keyword search approach to fit with natural language searches, rather than text inputs.

It would also likely have to create its own intelligent speaker unit after seeing demand for it. Although there is plenty of hype around voice search, Apple’s decision to ignore the hype around VR shows the company will take its time to make a move. But if voice search does indeed become the principle method through which users search for apps and other associated items, it is reasonable to expect that Apple would take notice.

And with Apple making careful moves in that direction by potentially placing Siri within the next generation of its Airpod headphones, the company could be well placed to change the search game forever.

Apple’s App Store Search advertising product has proven its value to advertisers in just two short years. By responding to demand from advertisers, creating an advertising service to meet that demand and gently iterating it, Apple has managed to strike a balance between a user-led, respectful advertising approach and the needs of a business.

And it is on these foundations upon which Apple will evolve its paid search advertising offerings. Rather than reinventing the wheel, expect Apple to improve search semantics, campaign analysis tools and expand its geographic reach to drive forward growth.

However, advertisers should also keep an eye on voice search and the role it could play in the app store in the future. If consumer habits change and business demand follows, Apple could evolve its search further — potentially leading to a revolutionary new way to hit consumers.

Rory Mudie is the Founder and Chief Executive Officer of Redbox Mobile, establishing the company in February 2013 after 16 years of experience of launching new media concepts.