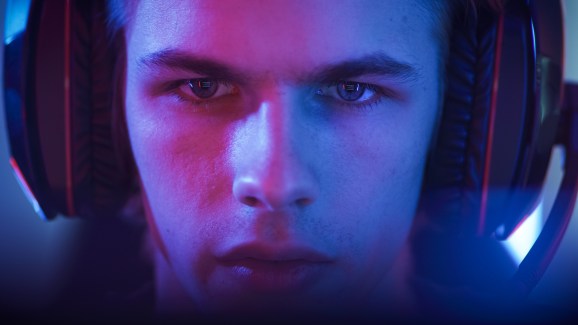 Back in 2015 the Electronic Sports League, one of the largest and most popular esports organizations across the globe began to require competitive gamers to submit to random screenings for performance-enhancing drugs — including cannabis. A headline-making event that crossed over into mainstream media at the time, the ESL’s decision was a subtle but definitive nod to the changing perceptions of the cannabis plant and its derivatives, such as CBD. In fact, far from being a detriment to professional gamers, cannabis — and by association CBD —was recognized as a net positive by the ESL; a neurocognitive boost that gave players an unfair competitive edge.

That’s not to say that professional gamers can’t partake; in fact, it’s quite the opposite. The ESL was clear in its decision that things like cannabis and CBD cannot be used during a competition, but also noted that gamers could do what they want on their own time, a dynamic shift from what is found in most professional sports leagues.

“We’re banning marijuana because it is already on the banned list of substances as defined by WADA, and it’s that list we’re going to use,” ESL head of communications Anna Rozwandowicz told reporters at the time.

“Marijuana is on the list of prohibited substances for during the competition,” the ESL clarified when outlining the new rules. “This means that recreational use of it outside (before) the event days will not be punished. Using it during the tournament — from the start of the first day until the end of the last day of competition — is strictly prohibited.”

The benefits of CBD go beyond gaming

For the uninitiated, cannabidiol, or CBD, is one of over 100 cannabinoids found in the cannabis plant. Its rise in popularity over the past five years comes not only from the benefits it provides but from the fact that, unlike THC, CBD does not result in any psychotropic activity. In other words, users don’t experience the “high” typically associated with medical marijuana.

“CBD is used for everything from physical ailments, like pain and inflammation, to assisting users with everything from mental acuity, anxiety, and even depression,” said Joe Casanova, a representative of Diamond CBD Inc., one of the more prominent CBD manufacturers to arise over the past few years. “And the potential for what this compound does continues to grow, with researchers learning more about cannabidiol every day.”

The folks at Diamond CBD know a thing or two about cannabidiol, having recently been listed among the top-tier CBD companies in the world by cannabis analytics firm New Frontier Data. They’re the manufacturers of such popular products as Chong’s Choice CBD, created in concert with counterculture icon Tommy Chong, as well as LT PainMaster, the official CBD cream of NFL Hall-of-Famer Lawrence Taylor. The company has an extensive product line that includes CBD oils, CBD edibles, and CBD creams, along with a successful line of products designed for pets.

And while CBD has found favor with everyone from pets to senior citizens, Casanova noted that it’s no coincidence the industry’s rise mirrors the growth in popularity of esports.

“Gamers have always sought out ways to gain a competitive advantage,” said Casanova. “CBD gives them an all-natural option that complements the body’s natural processes without introducing any sort of toxins into your system.”

Like CBD, professional gaming was once mired in a set of cultural stereotypes that all too often led the mainstream public to dismiss the sport. Today, however, each is a lynchpin to their respective multi-billion dollar industries, both embraced by ever-expansive target demographics. And although both CBD and gaming will always be enjoyed as leisurely activities to some degree, each has managed to transcend their place in the zeitgeist.

As Diamond CBD’s Casanova noted, it was only a matter of time before the two industries crossed paths. Professional gamers, for example, have always sought out some form of nootropics or other product to enhance their timing and skills. Compounds such as L-Theanine or even caffeine have historically been used to help gamers stay alert and focus.

Unfortunately, those same compounds put undue stress on the body, creating a situation where the risks aren’t worth the rewards.

“CBD works with the body’s natural systems,” said Casanova. “It supplements the endocannabinoid system causing no side effects and no undue harm, giving gamers the perfect boost without any crash.”

Gaming out the best CBD

Of course, being an unregulated market, professional and amateur gamers alike need to be careful when choosing from whom to purchase their CBD. In fact, it’s the reason why the CEO of Diamond CBD’s parent company, PotNetwork Holdings, has launched a national CBD education campaign as part of a broader call to action for quality and accountability across the industry.

“Our new CEO is doing some really innovative stuff, things that we think the gamer community would really appreciate when it comes to quality and transparency in the CBD industry,” said Casanova of the company’s new initiative. “He truly believes that for us to succeed, the industry as a whole must do well.”

So what should professional gamers look for in a CBD product? According to Casanova, third-party testing is critical.

Diamond CBD has also instituted a slew of new safety measures, from QR codes to holographic seals, all designed to put customers first. Because as esport organizations begin to recognize the power and efficacy of CBD, the last thing gamers need is to unknowingly test positive for some substance they had no intention of ingesting.

“For today’s professional gamers, CBD is truly the ideal neurocognitive enhancer,” said Casanova, reflecting on the benefits of all-natural hemp-derived CBD. “It offers a long-term, natural solution to aid gamers with alertness, focus, and stronger mental acuity, all without the crash found in traditional performance enhancers.”

To learn more about the benefits of CBD, whether you’re a professional or casual gamer, go to www.diamondcbd.com. And for bonus points, check out their all-new CBD education center at https://www.diamondcbd.com/what-is.

Brandon A. Dorfman is Senior Writer at Diamond CBD and Editor of PotNetwork News.