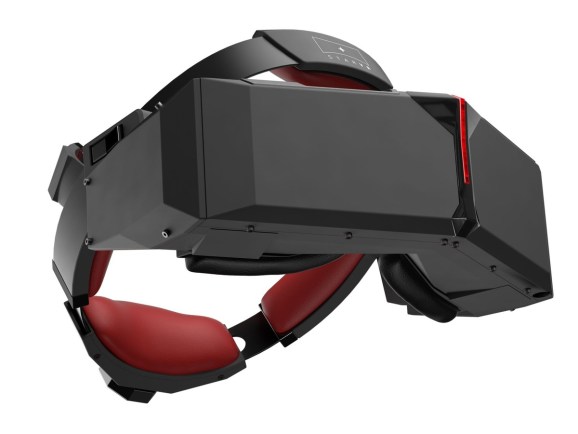 The StarVR headset from Starbreeze.

Less than a month after StarVR started accepting applications for its $3,200 developer kit program, the company has confirmed to UploadVR that it’s putting the process “on hold.”

Last month, StarVR stated that its first production units for StarVR One were ready. Developers could apply to purchase the headset, which featured 210-degree horizontal-by-130-degree vertical field of view, dual AMOLED panels, integrated eye-tracking and SteamVR 2.0 tracking (though no SteamVR base stations to actually track the device). Thursday, we also reported on the StarVR’s claims that its headset would be the first to support the new VirtualLink standard.

But trouble was brewing surrounding the announcement. Ahead of the launch, StarVR announced that it was delisting StarVR from the Taipei Exchange Emerging Markets board, citing the current state of the VR industry as one reason. Then, earlier this week, we learned that headset creator Starbreeze, which now owns around a third of StarVR (the other two-thirds belonging to Acer), had filed for reconstruction with the Stockholm District Court. Its offices have been raided this week, leading to one arrest linked to insider-trading.

Today a StarVR spokesperson provided UploadVR with the following statement: “We believe it is the most responsible course of action to put the StarVR Developer Program on hold while there are uncertainties with our key overseas shareholder, and also while our company is in the process of going private, which may entail some changes to our operations.”

The same message has been sent to anyone that had enrolled in the program thus far. The statement certainly seems to refer to Starbreeze’s current difficulties.

It’s uncertain what this means for the future of the VR headset, which had been designed for location-based and enterprise experiences. One thing is likely; developers will have to wait at least a little longer to get their hands on the hardware if it does indeed ever reach their doorsteps.