“You can compare it to being a parent, which is a weird analogy. The good kid doesn’t get any attention. It’s the bad kid that gets all the attention,” she said. “I don’t mean to have a positive or negative charge there, but trying to work through with people that are having a harder time, you feel like you’re neglecting all the people who get it and they’re off and running. The important thing there, too, is that you’re doing your job right. You aren’t dictating to people what to do.”

She added, “It takes a level of humility. I’ve always said that. You have to have enough humility to say — in your head, not out loud — “That’s not what I would have done, what I was picturing, but is it better than my idea?”

Getting canceled at EA 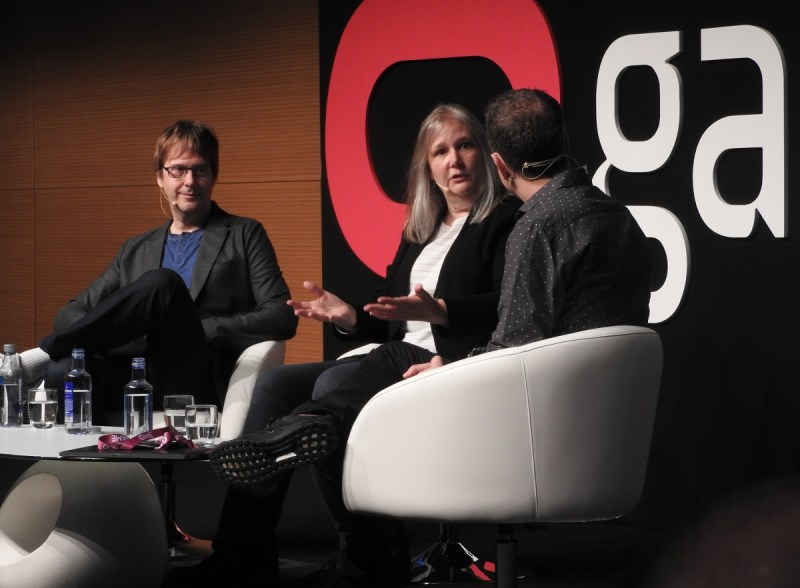 As for her ill-fated Star Wars game, Hennig has been vague on the details.

Regarding story-based games, she said, “God bless Sony for supporting these kinds of games, because they’re terrifying to make. They’re very expensive, and it doesn’t suit the model of having a massive open world or hours and hours of gameplay or running a live service, which is what everybody is shooting for these days.”

She added, “Some publishers are going to fall on one end of that spectrum or another based on their business plan. Fair enough. It’s just that the traditional ways we’ve done that are getting harder and harder to support. That’s why I’ve talked in the past about feeling like we’re in an inflection point in the industry. We’ve talked about this for a long time. How do we keep on making games like this when they’re getting prohibitively expensive? We don’t want to break the single-player experience, but there’s pressure to provide more and more at the same price point games have always been.”

And she said, “That isn’t sustainable, I believe. I think it breaks the purpose of a single-player game. I was saying to some people here, I play games because I want to finish them. I want to see the story. I like the arc of a story. I don’t see the ends of most games. How crazy is it that we say it’s about narrative, but we make games where a fraction of the audience sees the end of the game? That’s heartbreaking. I hope that we see more shakeup in the industry. We’ll open up the portfolios — maybe with a subscription model — so we can see that there can be story games that are four hours long at an appropriate price point. We have digital distribution. That should be possible. We shouldn’t be stuck at this brick and mortar price point and trying to make more and more content, breaking the spirit of these games.” 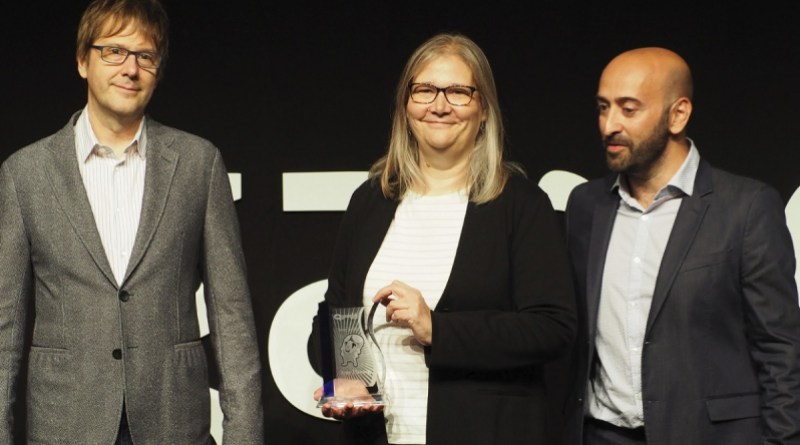 You don’t have to believe what I say. Hennig has earned countless accolades for her writing from prestigious organizations including the WGA Videogame Writing Awards and BAFTA, the latter of which also rewarded Amy with a Special Award in recognition for her contribution to the video game industry.

“Amy Hennig is a powerful figure in the game world; her work exemplifies what good game narrative can be, with pathos, humor, suspense and energy. She is truly one of the most influential developers in the games industry,” said Katie Stern, general manager of the Game Developers Conference, in a statement. “These past accomplishments are just milestones in a career that we’ll be following for years to come, but for one night at the GDCAs, we’ll reflect on the hard work and artistry that makes game developers like Amy the heart of the industry.”

In Barcelona, where she received another lifetime achievement award, Hennig said, “What you have to keep in mind as a collaborator — that’s why we get very uncomfortable when it seems like we’re getting singled out. We as game developers. It seems trite to say so, but it’s a group effort, a team effort. So much of it is being in the right place at the right time with the right people and the right ideas. It seems wrong for any person to be elevated like you’re the author of this thing. You can’t even remember sometimes whose ideas were what, because it’s this big messy wonderful process.”