I thought I would do something different and create a video of the highlights of The Last Tiger, along with audio narration reviewing the story, which is the first to show World War II from the German perspective. The vignette is part of an update called Overture, which itself is one of the Tides of War series of ongoing updates that will come out periodically for Battlefield V.

Above: Peter Muller and Schroder (right) at the start of The Last Tiger.

This update is a hefty one, as it has The Last Tiger as well as an armor-centric multiplayer map dubbed Panzerstorm. In Panzerstorm, as many as 17 tanks can battle at the same time, and if DICE has its way, you won’t think of a Tiger in the multiplayer map as simple a vehicle with a lot of hit points. After playing The Last Tiger, it should mean more than that to you. I’ve played both the story and the Panzerstorm map, and here’s my thoughts on it, here and in the video.

Eric Holmes, single-player design director at DICE, told me in an interview that it was a bit of a tightrope to walk, as DICE wanted to tell a story about the human side of the war, from the German view, without creating an apology for Nazi behavior in World War II.

“On the high level, what we set out to do with this game and the War Stories was to build on the anthology format. As such, we wanted to do a couple of things,” Holmes said. “One, to portray the fact that it’s a world war, to capture locations and events from all over the world to bring different perspectives on the war. We also had the mantra of the unseen, the untold, and the unplayed. With that, we’ve been working hard to capture events that took place, or to be inspired by events that took place, that players most likely are less aware of.”

Holmes added, “With this one we’re meeting up with the crew of a Tiger I tank that find themselves holding a last stand along the bank of the Rhine during the later part of the war, as the German defense is crumbling. We get to experience the chemistry within the crew as you find yourself trapped and start to reflect on your actions.” 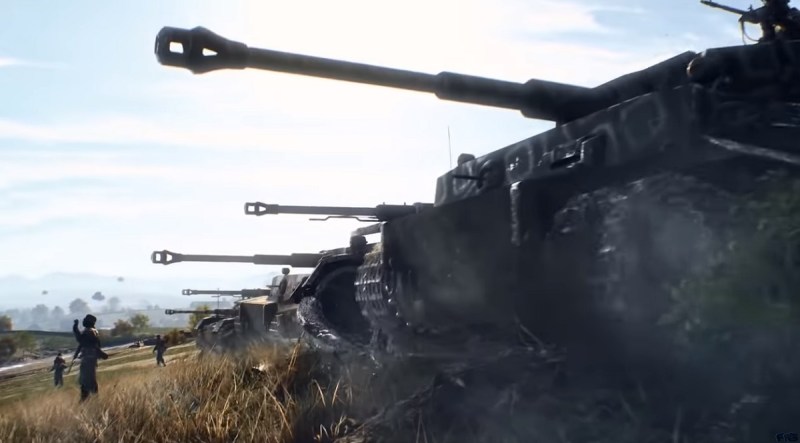 The story itself came from the tank. The Tiger was so powerful, with such a brutal ability to take out American Sherman tanks with a single shot of its 88-millimeter cannon. The Allied tank shots just bounce off the armor of the Tiger, which you can repair with ease in the game.

The tank is also a nice storytelling vehicle, as the four-member crew can’t go anywhere. You have the seasoned commander, Peter Muller; the cynical veteran driver Kertz; the propaganda-believing gunner Schroder; and the new recruit and radio operator Hartmann. These crew members have conversations, sometimes even in mid-battle, that give you a feel for who they are as characters and the emotions that they are experiencing under the stress of warfare.

“What we found as developers is we had to figure out how to tell a story that’s authentic to the values of War Stories, like we’ve done before — something that’s driven from the German perspective, but that isn’t apologetic, that isn’t propaganda,” Holmes said. “Something that’s true to the sort of people that served and fought, and that’s also something players can enjoy. It touches dangerous territory, but hopefully it’s also an enlightening and engaging experience.” 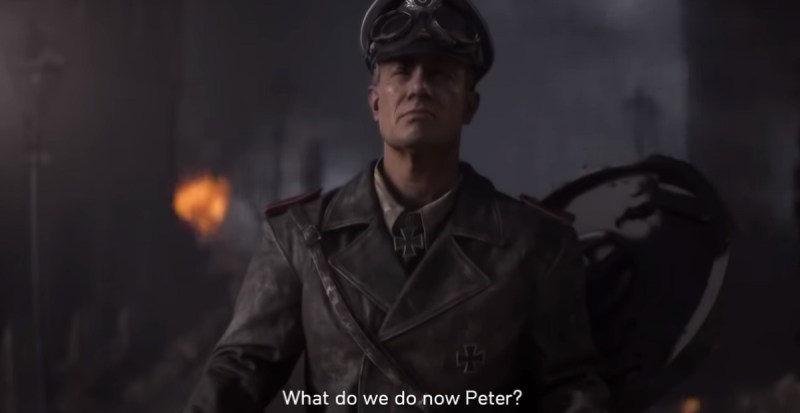 Above: Peter Mueller is the commander of Tiger tank 237.

Holmes said the team was inspired by the 1980s film Das Boot, a story about a doomed German submarine in the last days of the war.

“That informed us a great deal, as to how to tell the story, and how not to whitewash anything — not to reject the truth, but to try to get behind their eyes a bit. It’s a moving and powerful film, and it does feel true. It feels authentic,” Holmes said.

The Last Tiger also takes place in the spring of 1945, as the Germans are retreating across the Rhine to their homeland.

In this setting, the goal isn’t to show a good German. Rather, Holmes said, “We wouldn’t want to do something where we glorify or heroically present the Tiger crew that goes out there to win the war, like they’re just a bunch of happy-go-lucky chaps who happen to speak German. That’s not what we’re doing. We’re trying to tell something that reaches out and touches, hopefully, through the Battlefield lens, what it was like to be on the side that was losing, that had been fighting for many years. Their morale is breaking. There are a vast array of people involved in the fight, from young people who don’t know what it’s like to veterans who know exactly what is going on, but are afraid to say it.”

I believe this is the finest War Story of the batch, and I’m a bit surprised to say that. But I’ve played them all and I’ve played a lot of multiplayer, and I have to hand it to DICE for a job well done. This story is short, clocking in at a little over an hour, but it communicates a lot, with the right tone. And that reflects how much thought Holmes and the team put into it.

It’s almost too bad that DICE and EA, which released Battlefield V on November 20, saved their best content for an update, rather than including it at the launch. But like I said. I like the story and the new multiplayer map, and it’s one reason why Battlefield V is growing on me.

Please check out the video review as well.