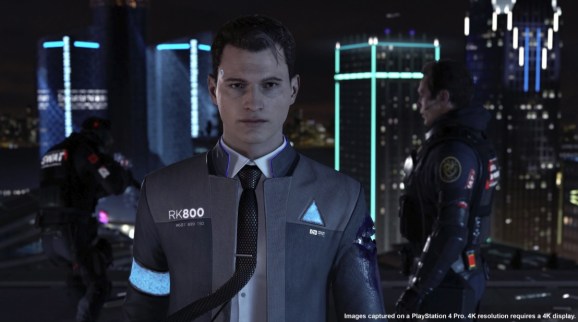 The narrative-driven sci-fi game came out on May 25 as a PlayStation 4 exclusive. While it is not as high-profile a release as others this year — notably God of War and Marvel’s Spider-Man — Detroit is still a success.

We are thrilled to share that Detroit: Become Human has sold through more than 2 million units worldwide on PlayStation 4 since its launch on May 25, 2018. Congratulations, @Quantic_Dream! pic.twitter.com/b3xVGeerth

This is the third Sony exclusive from David Cage’s Quantic Dreams studio. Heavy Rain launches for the PlayStation 3 in 2010. By 2013, it had sold over 3 million copies. Beyond: Two Souls followed in 2013. It has sold 2.8 million copies.

Become Human focuses on a story about androids, told across multiple point-of-view characters. Players choices through dialogue and actions impact the direction of the narrative. Our review praised its believable characters and strong acting.