The Nintendo GameCube is one of my favorite systems ever. After pioneering 3D gaming on the Nintendo 64 with games like Super Mario 64 and The Legend of Zelda: Ocarina of Time, the GameCube refined those ideas and gave us many of the best Nintendo titles ever. Heck, many of my favorite games of all time are from the GameCube.

So, why am I bringing this system up now? Mat Piscatella, an analyst at The NPD Group, recently tweeted a list of the GameCube’s 10 best-selling games ever in the U.S. The NPD Group mostly released a monthly list of the U.S.’s top performing hardware and software, but Piscatella has been having some fun looking through the sales of older consoles.

Let’s examine this list, which covers all GameCube game U.S. sales from the system’s launch on November 18, 2001 through October 2018.

With the recent release of Super Smash Bros. Ultimate, it’s important to remember the selling power this series has. The first Smash Bros. on the Nintendo 64 was basically a proof-of-concept when compared to Melee, which has more fighters, stages, and greater complexity. For many, it’s still their favorite in the franchise, and its competitive scene is alive today. 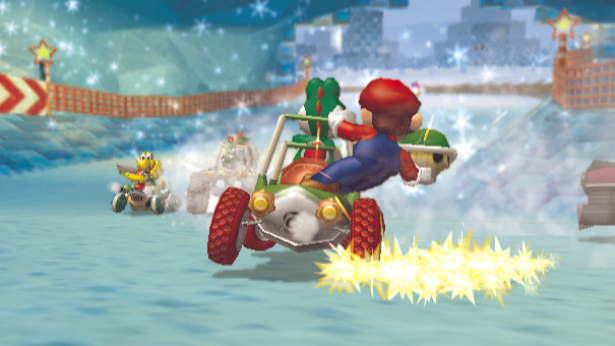 Double Dash is also emblematic of the Nintendo’s experimental mood at this time. It didn’t just make safe sequels to franchises. Look at the No. 3 and No. 4 games, Super Mario Sunshine and The Wind Waker. Mario and Zelda are the two most prolific Nintendo series, and both of their GameCube debuts feature big, bold ideas. Sunshine gave Mario a water gun backpack when everyone would have settled for a safe sequel to Super Mario 64. Wind Waker went with a striking cel-shaded look that still makes it one of the prettiest games ever made.

It’s amazing how this list could almost double as a Top 10 list based on quality. It’s also dominated by first-party Nintendo games. Sonic Adventure 2 Battle is the only third-party name on the list, and it benefited from intrigue (the idea of a Sonic game on a Nintendo system seemed crazy and novel at the time).

The list sums up the GameCube. It’s a system with incredible Nintendo games, many of the best ever (like Metroid Prime an Paper Mario: The Thousand-Year Door), but little third-party support. Nintendo was getting trounced by Sony’s PlayStation 2 at this time. The PS2 is the best-selling console of all time, moving about 155 million machines. The GameCube only sold 21.74 million.

That failure would make Nintendo try something innovative with the Wii. That GameCube successor became a hit. But despite its focus on motion controls, which seemed innovative for a time, I vastly prefer the GameCube and its library of classics.

Now if only Nintendo would hurry up and make these games available on my Switch. I’d also happily take a GameCube Classic mini-console while I’m being wishful.