Despite being a $10 trillion industry, construction is not famed for its efficiency — a 2016 McKinsey report suggested that the industry ranks among the lowest in terms of productivity, in part due to a lack of digitization.

Against that backdrop, a number of technology startups have emerged to help construction firms optimize their operations. One of those is Paris-based Finalcad, which provides a range of software and analytics products to help construction companies manage processes and garner insights through predictive analytics.

Among its apps are Finalcad Live, which is essentially a platform for all the various parties to provide updates, including pictures, descriptions, details about issues, and general activity reports. It’s kind of like a social network for builds.

The main Finalcad app is where users can upload project blueprints, create punch lists, and more. Ultimately, it’s about joining the dots between foremen, site engineers, architects, and everyone else involved to discuss details across plan drawings, tasks, safety procedures, and progress. 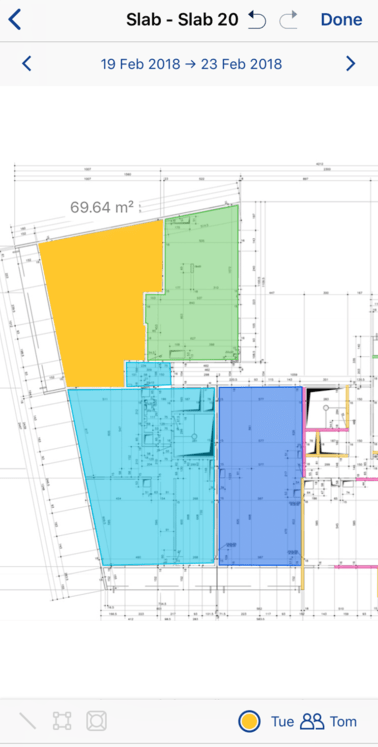 Finalcad can then look across the wealth of data this generates to provide insights and best practices guidelines through analytics.

Today, Finalcad announced a fresh $40 million raise in a round of funding led by Draper Esprit, with participation from Salesforce Ventures and Cathay Innovation, among other investors. The French company has now raised north of $60 million since its inception in 2011, and with its latest cash injection it said that it plans to double down on its existing markets across Europe and Asia, while it also plans to target the U.S. in 2019.

Since its $20 million series B raise two years ago, Finalcad has doubled its projects serviced to 20,000, and nearly tripled its markets served from 12 to 30 countries. But more notably, the company has also expanded its scope to cover all the major facets of the building project process. It set out to become an all-in-one app for everyone in the industry.

“When we raised our series B in 2016, we intended to make with a huge pivot: moving from a project-based business model to a company-wide digital transformation one,” noted Finalcad cofounder and CEO Jimmy Louchart. “This involved covering all the main activities of our industry: buildings, infrastructure, energy, operations, and maintenance. Since then, we validated this shift with some major contract wins in Europe and Asia. Now this series C allows us to fully deploy our new strategy on a global scale.”

Last year, Palo Alto-based BuildUp raised $7 million to grow its software platform aimed at helping contractors, developers, and property managers identify and fix issues related to a job. It’s all about bringing traditional handwritten lists and printed documents into the cloud-based digital age. And BuildingConnected closed a couple of big funding rounds to grow its platform that helps owners and contractors procure bids and qualify vendors.

The construction industry, it seems, is ripe for innovation, and we’re starting to see some really interesting developments in the space. And it’s that broader shift away from an old-world order into digitization that Finalcad is looking to capitalize on.