Daybreak Games has announced that PlanetSide Arena will be the next installment in the multiplayer sci-fi shooter series. It will be a battle royale game, and it’s coming out for PC on January 29.

The first PlanetSide came out for PC in 2003. PlanetSide 2 followed in 2012. The series prides itself on its scale, supporting hundreds of players during single battles. These games have a sprawling, persistent world for players to explore, but Arena will focus on single matches inside one map (like the experience you’d expect from other battle royales like Fortnite and PUBG).

Fortnite has especially become a giant hit, having earned over $1 billion in revenue across all platforms. Now more traditional shooter series, including Call of Duty, Counter-Strike, and Battlefield are entering the battle royale scene. PlanetSide Arena is the latest to follow the trend.

And despite this upcoming launch, Daybreak Games is staying committed to supporting PlanetSide 2. Daybreak described Arena to GamesBeat as a bridge between PlanetSide’s present and future (alluding to an unannounced PlanetSide 3 or another game in the series).

How will it be different from other battle royales?

Most battle royales, like Fortnite, support 100 players at a time. Daybreak Games is touting that PlanetSide Arena could have 1,000 people in a single match.

But it won’t launch with such an experience. At first, Arena will test things out with a 250-on-250 team mode. But 500 players is still significantly bigger than what most people are used to. Arena will also have traditional solo and team battle royale modes with 100 players.

“We can already support 1,000 players in PlanetSide 2,” PlanetSide Arena’s executive producer Andy Sites told GamesBeat. “We set the Guinness record back in 2015 for the largest battle ever online, which was just under 1,200 players. We know it’s technically feasible. We just want to make sure — at the end of the day we want it to be fun. We might find out that 800 players in PlanetSide Arena is the max population that’s any fun. We might find out that it’s over 1,000. We want to start with 500 and go from there.

PlanetSide Arena will also have a class system. You can pick one of three classes: Assault, Engineer, and Medic. Each one will have special abilities (the Medic, for example, can heal). Every player will also get a jetpack and a personal vehicle. This is a small vehicle with a short cooldown (about 20 seconds). It can help you explore the game’s large map or give you an escape if you’re desperate for one. Larger vehicles will also be available across the map. 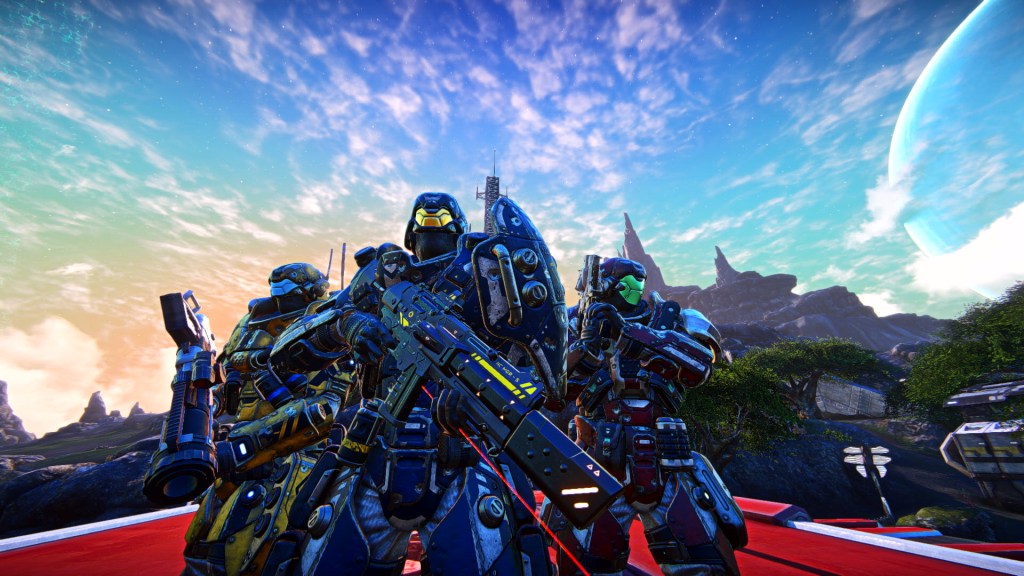 You start off with just a knife. You then have to scavenge the map for more items and weapons. This is similar to the typical battle royale setup. But you can also equip weapon blueprints before you enter a match. You don’t start with these guns in your inventory, but you can find terminals where you can buy them.

You can purchase these weapons with a currency you acquire during the match. This currency is not persistent, meaning you can’t carry it over from one match to another.

“You don’t get anyone starting the match with the upper hand, having currency immediately available,” Sites told GamesBeat. “There’s no pay to win option, anything like that.”

Each season of the game will have different weapon blueprints, and blueprint guns from the last season will show up as regular weapon drops in the map during the new one. 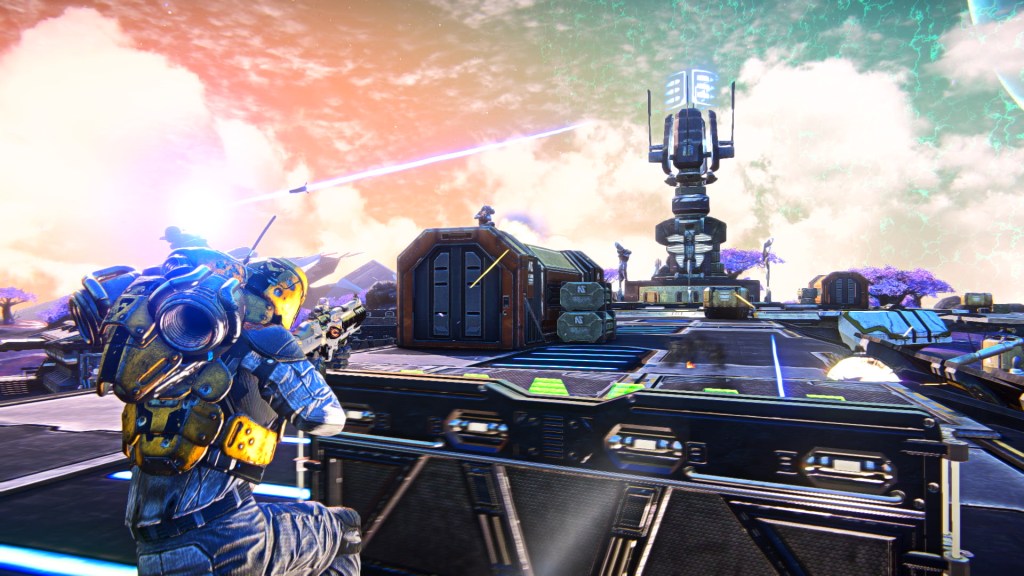 Above: Fighting in PlanetSide Arena.

How do you pay for the game?

The base version of PlanetSide Arena will cost $20. This will give you access to the game’s first season pass. Like the system in Fortnite, it has you unlock items as you play the game. In Arena, this includes weapon blueprints and cosmetics.

You’ll have to pay again for the next season’s battle pass. But each season will also have a free version of the battle pass. Like in Fortnite, this will give you significantly less rewards. But you’ll still be able to continue playing the game even if you don’t want to pay for additional season passes.

Fortnite is king of the battle royale market, and the scene is becoming flooded with competitors. But PlanetSide Arena’s focus on giant battles, and the help of an established fanbase of PlanetSide 2 players, could help it become successful.