While the movies get scheduled pretty tightly, we often must guess when our favorite games will be coming. The Game Awards last week helped us figure out part of what’s coming in 2019, and game publishers and developers and platform owners have given us other clues. And that’s how I’ve pieced together my list of the most anticipated games of 2019.

Last year, I was really late with my list, which came out on January 26. But this time, I’m going for the early win, while other people are still figuring out their favorite games of 2018. (To be honest, I’m still trying to figure that out, too.)

Some of my expectations have been set by games that I’ve played before. Some of these games have been delayed so long, like Days Gone and Crackdown 3, that I’ve actually played them multiple times. That’s OK, as it gives me more confidence in picking them. Other picks are simply based on what I’ve seen in trailers or imagined what these games will be like. And that’s where thinking about the great games of the future gets to be a lot of fun. It ties up my expectations, hopes, and desires into one ball of anticipation.

It makes me feel good when the news finally gets confirmed, and it makes me feel even better when my picks turn out to be good ones. Last year, I chose Red Dead Redemption 2 and God of War as my favorites. That may have been obvious, but it’s nice to see the game developers truly execute on the expectation they set for fans.

Yes, so far, these games have the Dean Takahashi stamp of approval. My colleagues will snicker at this list, and it may even compel them to produce lists of their own. But I’ve got the jump on them.

Check out the list below. The links on the titles go to YouTube videos or prior coverage, where available.

Anthem is growing on me, as BioWare finally shared part of the story, characters, and background context for this sci-fi action role-playing game that you play with friends in the hopes of taking back a world that has many dangers and only a few sanctuaries. You fly around in big mechs and stay in constant touch with a radio operator who feeds you information and emotion as you go out on missions to scrounge supplies, protect settlers, or attack enemies. The gameplay looks solid, as you can fly around in your mech and cause a lot of destruction with your rockets and other weapons. This is EA’s first major new intellectual property in a decade, and the company is pouring so much into it that it has to be good, right? 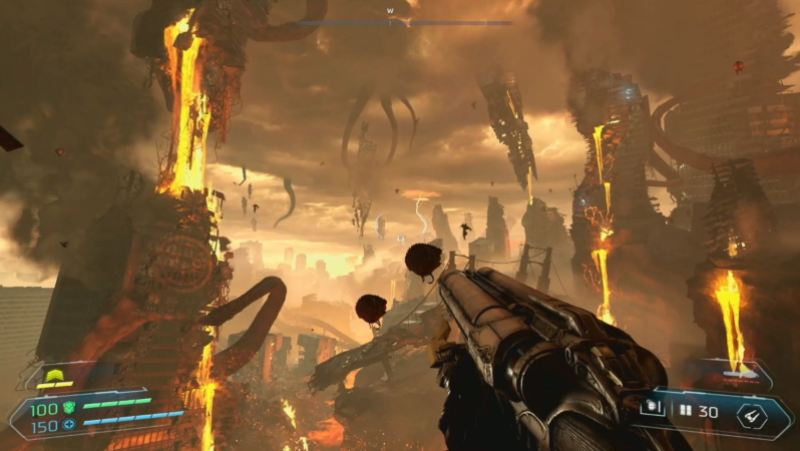 Id Software showed an extensive level of the gameplay for this shooter title at the Electronic Entertainment Expo. It is the first game being developed with the id Tech 7 game engine, which features 10 times the geometric detail and texture fidelity of the previous engine. It is a sequel to the successful reboot, Doom, from 2016. So far, we know that it features a grappling hook that lets you grab on to demons and dash to them. The weapons are plentiful, like the extendable blade you can use to decapitate enemies during melee. This time, hell has descended on Earth. 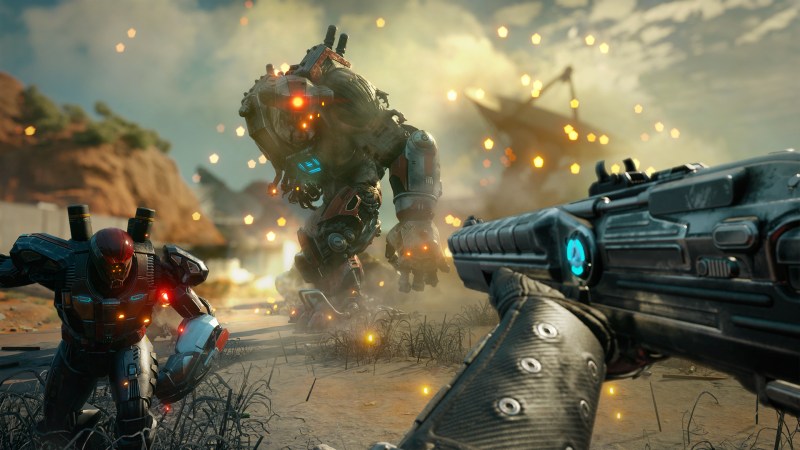 Id Software studio director Tim Willits predicts that we will see a “golden age of id,” in part because it has a lot of games in the works. In addition to Doom Eternal, we know that Rage 2 will debut in 2019 to satisfy the blood lust of first-person-shooter fans. We’re seeing a lot more pent-up demand for this one, as the original Rage debuted in 2011. That game has a lot of critics for its car combat and FPS combination, but I liked it. I only wish it had more of a story. Oh, wait. This isn’t the Wolfenstein gang. These are the folks who just want to deliver a rocking good time. 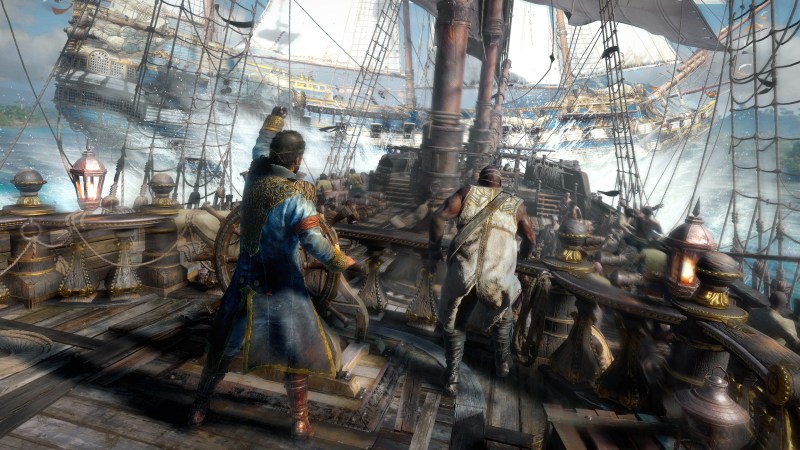 I was pleasantly surprised at the E3 2018 when I played this pirate game. I expected it to be simple, with naval battles similar to Assassin’s Creed IV: Black Flag. But it turned out to be a lot of fun to play because the graphics and audio were first rate. The sea looks realistic, and you can hear the crackling to guns and the snapping of wood when cannon fire shreds the enemy’s ship. It’s pretty easy to control the ships, and all you have to do is maneuver close enough to get a broadside on the enemy ship. It really immerses you in the fantasy of being a pirate. Aargh! 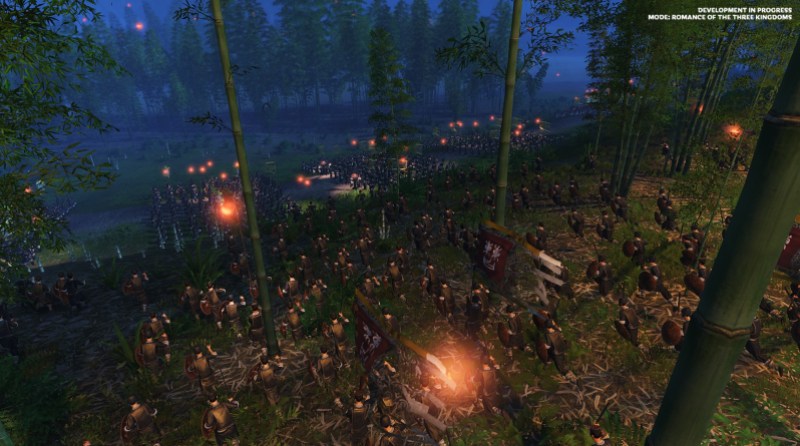 I’m not always a fan Chinese mythology, but I’m very much looking forward this cross between Three Kingdoms mythology and Chinese history. It will have massive battles, including night ambushes and castle sieges, but it also features leaders with mythical powers doing single combat on the battlefield. You have to marshal the warlords of China into a faction that allows you to unite the kingdoms into a single empire. The strategic and tactical combat looks superb, as the Total War engine just keeps getting better at depicting battles with thousands of soldiers.

We don’t know too much about this game beyond its cinematic trailers, but it looks good. And Ubisoft has a great track record with The Division, which debuted to massive disappointment in March 2016. But the company stuck with it, upgrading the game and continuously making it better. That drove the game to an ever-increasing number of people returning, resulting in a total of 20 million players. Sure, some of them signed up for free. But they came back. The initial game did a great job of depicting New York City during the outbreak of a global pandemic. Now we’ll see what’s happening in the nation’s capital. 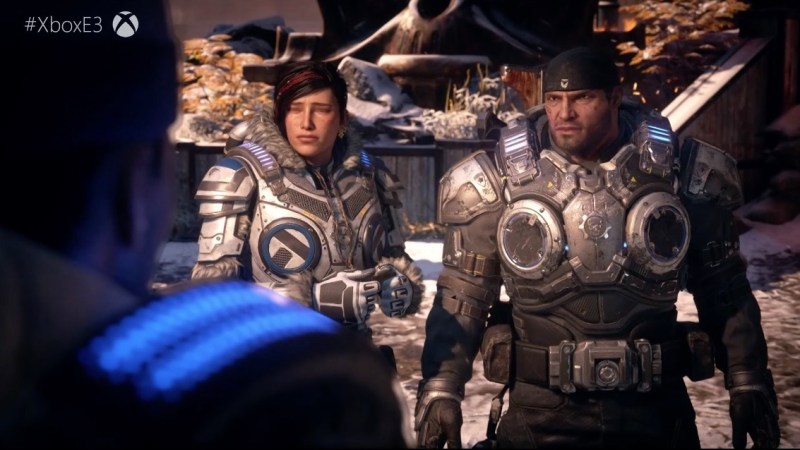 The Coalition/Microsoft (Windows, Xbox One). TBD.

The Gears of War series is a great franchise that dates back to 2006. It introduced us to the fearsome Locust, another apocalypse, and chainsaw bayonets. When it gets it right, the Gears games are among the finest single-player campaigns in the third-person shooter domain. But the tone of this series has been a bit crazy over the years, switching back and forth between comical and tragic. I thought Gears of War 4 had a ridiculous ending. The plight of the Gears soldiers is always desperate, but we usually see some comic relief in the buddy banter. For the sake of Microsoft and its rabid fans, I hope they get this right. From the look of the latest trailer, it looks like the pendulum is swinging toward a serious story with both familiar and new characters.

Pokémon Go has had an amazing run since it debuted in June 2016, with more than 800 million players and $2 billion in revenues. That has given Niantic a war chest to make its next game, based on the Harry Potter franchise, into something much more ambitious. In the past 2.5 years, Niantic has steadily improved Pokémon Go, culminating this week with the launch of player-versus-player fighting with Pokémon Go Trainer Battles. That has given me the confidence to believe that Niantic has the patience and development skill to do this game the right way. It should combine location-based mobile gaming, Harry Potter, and augmented reality in a way that I hope will set a new bar, and finally get Niantic to live up to the promise of its original Pokémon Go preview video. 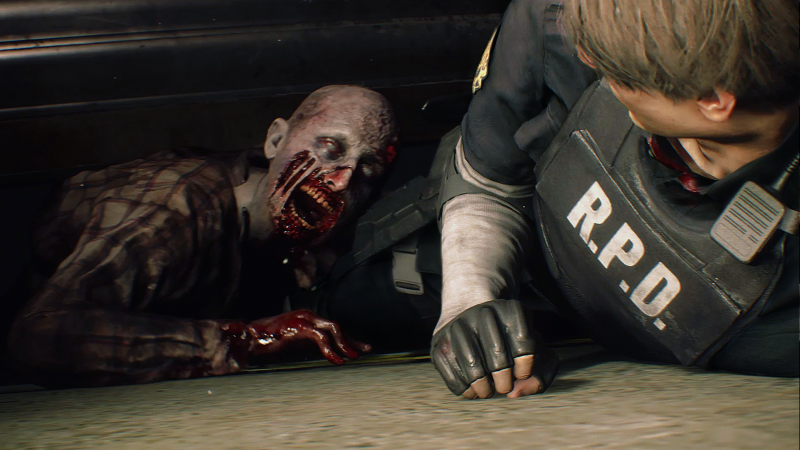 Above: Trying to leave the in-laws’ house.

The Resident Evil movies turned out to be much better than expected. And that kind of paved the way for the Resident Evil games to show continuous improvement. And by that, I take that to mean the return to good old-fashioned horror. Last year’s Resident Evil 7 was quite scary with its very annoying family of creepies. And Resident Evil 2‘s remake looks like its going to scare the bejesus out of us again. 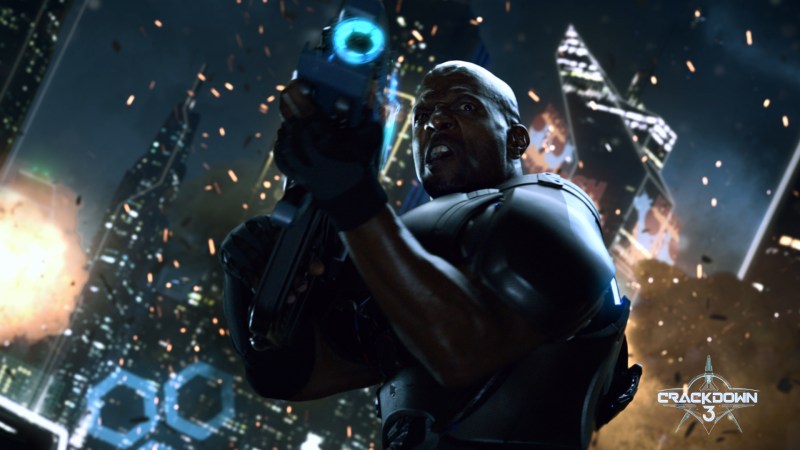 OK, we should have played this game a few years ago. It has been delayed so much, it’s not even funny. How hard can it be to build a sci-fi open world where you can jump from the ground to the top of a skyscraper? I have faith in this game, but for a different reason than you might think. I think those people at Microsoft are reasonable people. If this game were really bad, they would have canceled it long ago. They didn’t, and it’s taking a really long time to make. So it must be ambitious and good. Right? I mean, it doesn’t look bad. The gameplay looks quite good. But we’ll see how it plays when it ships. 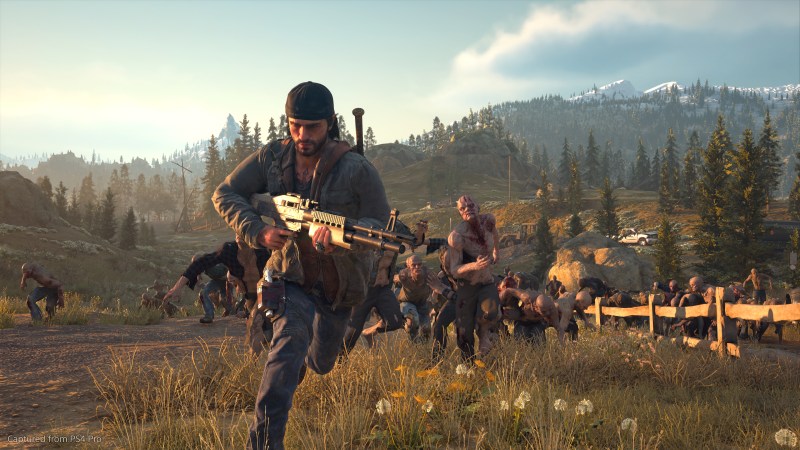 I’ve liked this game since I saw the first demo in 2016, where the zombies, or Freakers, chased the hero around a lumberyard until 500 of them were trying to catch him. He sprung traps, set them on fire, crushed them with logs, and fired into the crowd. But they kept on coming. The Freaker Horde is one of this game’s unique features, and it’s quite fun to try to outrun them. But I sure hope the story justifies Sony’s big investment in a single-player campaign game based on a new intellectual property. Fingers crossed. But I have a lot more faith in this one than my colleagues doe.

The rest of them

A bunch of games coming are very highly anticipated, yet we have no idea when they are coming out. They’re likely to be beyond 2019. These include Mortal Kombat 11, Ghost of Tsushima, Halo Infinite, Dying Light 2, Elder Scrolls VI, and The Last of Us Part II. As for runner-ups, my list includes Far Cry: New Dawn, Star Wars: Jedi Fallen Order (we don’t know anything about this Respawn game), Devil May Cry 5, Kingdom Hearts III, Beyond Good and Evil 2, and Ori and the Will of the Wisps.