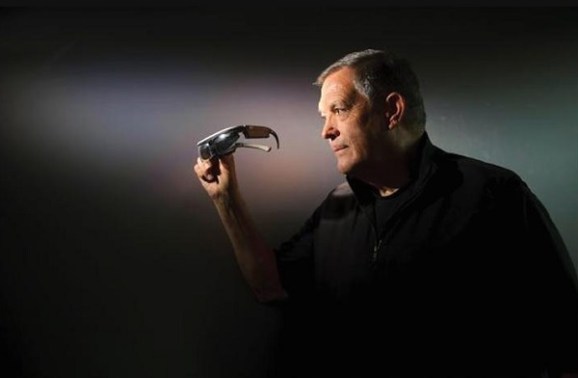 Osterhout Design Group (ODG) may be dead before mass shipping its R-9 augmented reality glasses, with an asset sale planned for January focused on the AR company’s patent portfolio.

I left a voicemail on ODG’s listed phone line, sent an email, and spoke briefly on the phone with a representative of Hilco Streambank, which describes the asset sale for ODG in the following way:

A sale of the Assets will be conducted pursuant to Article 9 of the Uniform Commercial Code on January 15, 2019 at 10:00 a.m. Eastern Time, by Hilco Streambank on behalf of JGB Collateral, LLC (“JGB”), as collateral agent for the secured lender.

ODG was founded in 1999 by Ralph Osterhout, whose previous work included the PVS-7 night vision goggles and the development of high-tech devices featured in a couple James Bond films. Over the last several years, ODG pitched a series of smart glasses culminating in the R-9 which promised a series of key features including 6DoF tracking and an extra wide field of view for around $2,000. As of this writing, the ODG website still lists the option to “reserve yours” while stating that the gadget is “shipping in limited quantities.”

A Hilco representative I spoke with directed me to their website for information about the state of the company. I’ll update this post as we learn more.

This would be a quiet end for ODG, which hasn’t updated its social accounts on Twitter and Facebook since June. The company offered relatively low profile headgear that certainly made strides in ergonomics compared to other kinds of AR and VR hardware, but could never deliver on the promises of a robust feature set with broad appeal.

The assets for sale are listed as a “Patent portfolio of 107 issued patents, 16 notices of allowance, 83 pending applications and 71 applications which have been abandoned but may be refiled” as well as “Related branded trademarks” and “Tangible collateral supporting the business.”