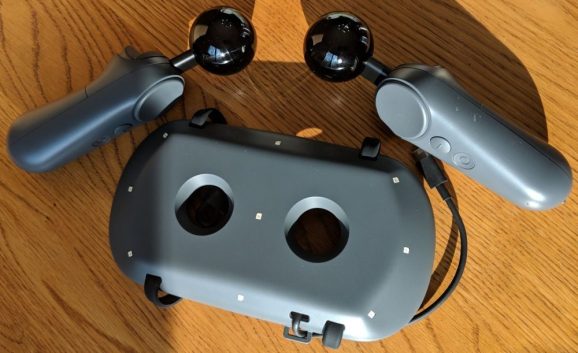 The first unboxing video for Google’s 6DOF controllers hit the Web as the first wave of developer kits appear to be shipping out.

VR and AR developer Alex Coulombe posted the following video showing the complete contents of the developer kit, including AAA batteries and a charger for them as well as the controllers, the “tracking faceplate” and a cord to connect it to the Lenovo Mirage Solo standalone VR headset. The USB-C connector on the controllers is for “flashing” them, not for charging, according to a paper in the unboxing video.

We’ll update this post as hands-on impressions start to show up.

If Google is developing a standalone VR headset with the same controller tracking technology built into the headband, it is possible the company could provide robust inside-out tracking in a next generation system. Google’s investments in VR so far suggest its efforts have been focused on the unique capabilities of 6DOF hand controllers, and I think this kit could be a hint that the company is doubling down on standalone VR in 2019.