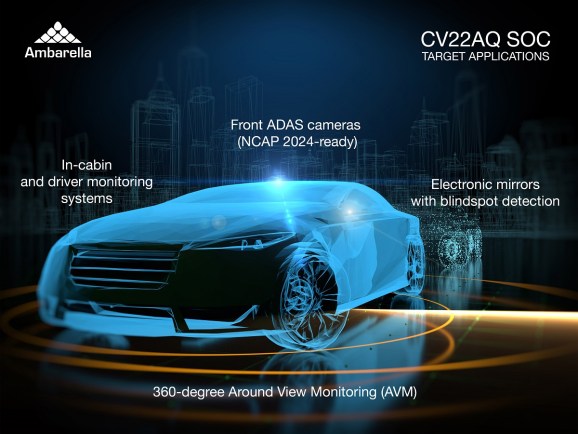 Santa Clara, California-based Ambarella is using its position in camera sensors and processors to gain a foothold in computer vision and artificial intelligence chips for driver-assistance cameras, electronic mirrors, in-car cameras, and parking assistance technology. The company will debut the new tech at the CES 2019 trade show in Las Vegas in January.

The chip is fabricated in an advanced 10-nanometer manufacturing process, where the width between circuits is 10 billionths of a meter. It has low power consumption and fits in small devices, such as windshield‐mounted forward Advanced Driver Assistance Systems (ADAS) cameras.

“This is a mainstream automotive product focused on forward-facing driver assistance cameras and driver monitoring,” said Chris Day, chief marketing officer at Ambarella, in an interview with VentureBeat. “These days, we are focused on security and surveillance cameras, as well as automotive.”

In another announcement, Ambarella is teaming up with German automotive supplier Hella Aglaia on a new generation of ADAS products. The platform is based on Ambarella’s CV22AQ CVflow computer vision processor, which offers a powerful Image Signal Processor (ISP) and massive artificial intelligence (AI) computing performance with extremely low power consumption, typically below 2.5 watts. 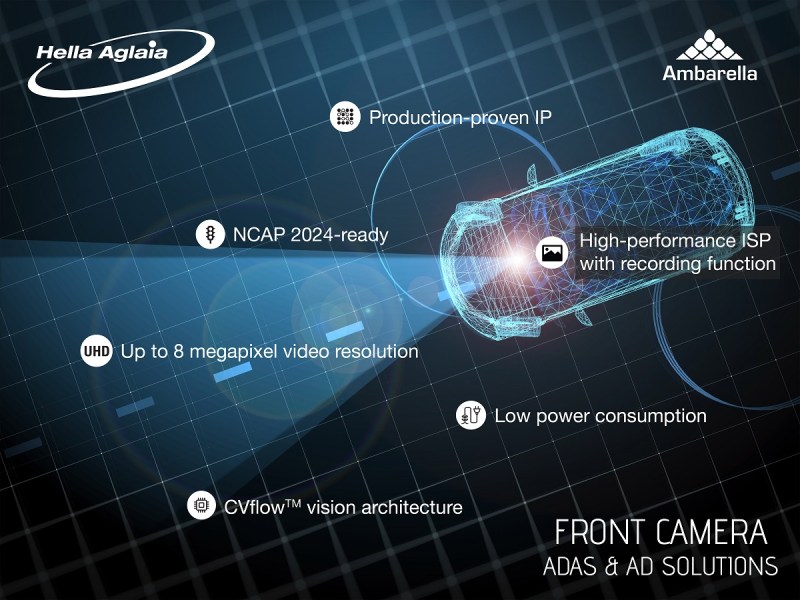 Above: Ambarella has teamed up with Hella A.

Last year at CES, Ambarella launched two new chips to bring advanced vision processing to next-generation cars, drones, and security cameras. All of the Ambarella chips are based on the CVflow architecture, which is optimized for computer vision algorithms, such as stereo processing and deep neural networks, said Day.

At CES 2019, Day said, “I expect we’ll see a lot more technology focused on driver monitoring. We certainly have a lot of requests for those systems.”

“We have a lot of people working with us behind the scenes in automotive, though it moves at a slightly different speed,” Day said.

The CV22AQ’s CVflow architecture provides computer vision processing in 8‐megapixel resolution at 30 frames per second to enable object recognition over long distances and with high accuracy. 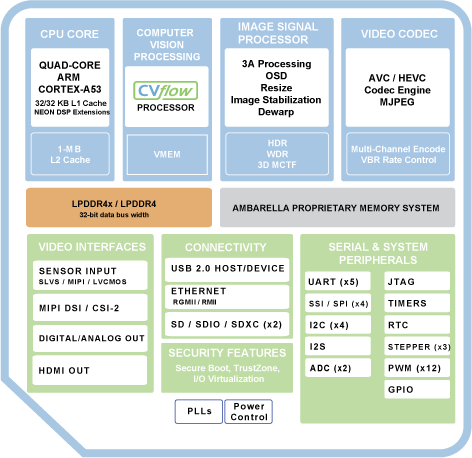 The CV22AQ is currently sampling to leading top-tier customers and tier-two algorithm providers. Chip samples with ASIL‐B support are targeted to be available in 2019.