It seems foolish for any developer to compete with battle royale giants Fortnite and PlayerUnknown’s Battlegrounds. But the rising popularity of Ring of Elysium proves that the crowded genre still has some room for new challengers.

Out for free on PC via Steam Early Access, Ring of Elysium takes place on the wintry mountainside of Mt. Dione, where 60 players have to duke it out in the midst of a deadly snowstorm. The goal is to board the lone helicopter coming to evacuate the remaining survivors at the end of each multiplayer match — the catch is that it only has four seats.

But since this is still a ruthless battle royale game, it’s rare that you’ll find people who are willing to share those seats with you.

Ring of Elysium comes from Tencent Games’s Aurora Studio, a Shanghai-based developer known for massively multiplayer online games like Moonlight Blade and Legend of Xuan Yuan, both of which are popular throughout Asia. According to Aurora Studio president Ethan Yu, work began on Ring of Elysium (which went by the codename Europa) a few years ago, before PUBG and Fortnite came out.

“We saw huge potential for the battle royale genre’s gameplay from H1Z1, so we decided to grab this opportunity,” said Yu.

Aurora wanted to create a fun and unique battle royale experience. Even at this early stage of development, Ring of Elysium seems well on its way to accomplishing that goal. The emphasis on faster movement (you can use hang gliders and snowboards to zip around the map) and a dynamic weather system (where extremely cold temperatures can hurt you) means you have to approach the game a little differently than other shooters.

In addition to hunting for weapons and gear, you need to keep an eye out for threats from the sky and quickly adapt when a sudden blizzard obstructs your surroundings.

“In the beginning, we designed some class and perk mechanisms similar to other games. However, we were not satisfied with them in terms of balance, uniqueness, etc.,” said Yu. “We gave up those designs and re-developed a demo to test and verify the gameplay, and finally, some traversal abilities stood out — they tightly linked with our level designs, significantly increasing the strategic choices and are fun to use. So they made it into the official version of
the game.” 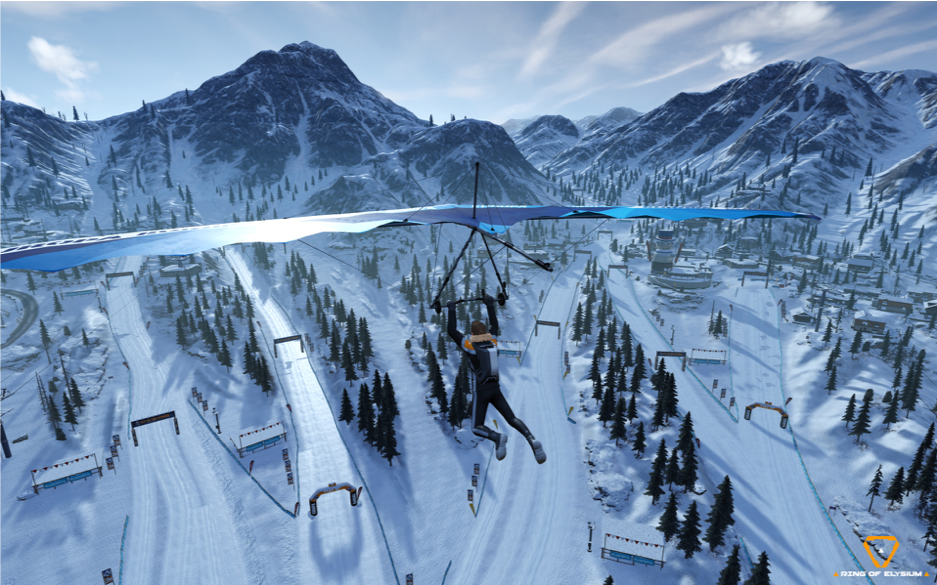 Using stories to expand the gameplay

Unlike most other last-man-standing games, the developers try to justify why so many people would want to kill each other in the first place. In Ring of Elysium, the Mt. Dione police department evacuates the ski resort after experiencing the worst cold snap in decades. However, a few tourists (all of whom just happen to be skilled marksmen) remain, and thus begins the race to eliminate everyone before the last rescue chopper comes through.

“Immersion is crucial for any game, even if it’s a single-game shooter and not an RPG. Rather than ‘violence without a cause,’ we prefer to create a background setting that is reasonable for players to fight against each other,” Yu explained. “At the same time, this is also paving the way for the upcoming game modes we will develop later, which has a lot to do with the plot and worldview of the game.”

One example Yu brought up is the Dione Police Case Investigation, an event that is coming soon to Ring of Elysium. When it goes live, you’ll have a chance to learn more about the mysterious serial killer in the area, a person that’s mentioned only in diary entries and newspaper clippings peppered throughout the map. Once players discover enough clues, they’ll be able to access classified files at the police station and read about the Snow Mountain murders.

And in a new mode that the developer is teasing for a Christmas release, the snowstorm ends up trapping everyone in town. You’ll have to find a way to stay warm for the night as you battle against the other survivors.

“Players will need to use different methods, such as gathering resources, in order to survive the extremely harsh night until dawn. This mode is also a deep utilization of and further enhancement to the game’s story,” said Yu. 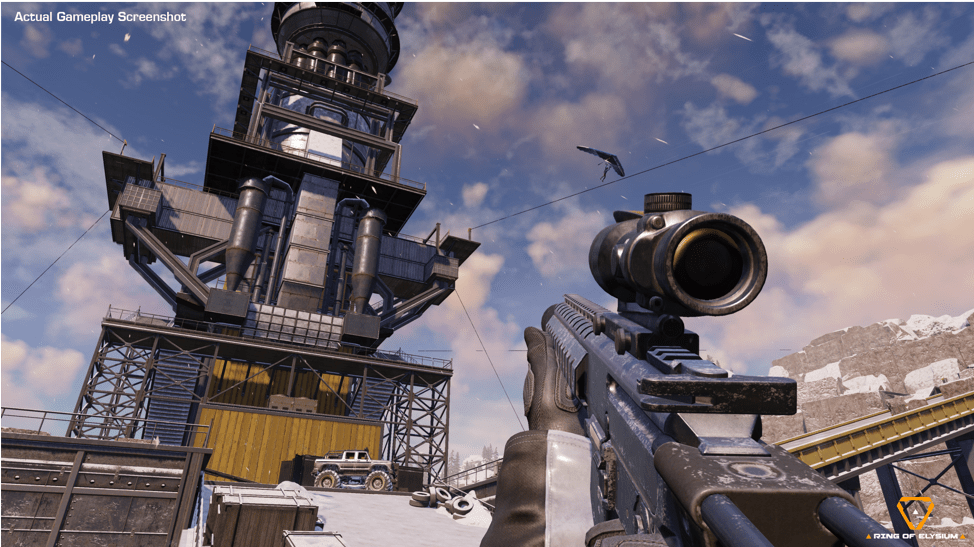 Going for a global audience

While Tencent has experience localizing games for other countries — it’s the publisher of both PUBG and Fortnite in China — this is the first time it’s going the other way with a battle royale shooter: bringing an eastern-made game to the west. Aurora is well aware of how important it is to appeal to a worldwide audience, and it’s something that the studio is constantly trying to improve on.

“Although western players have higher requirements for challenges and innovations, we think eastern and western players don’t have a fundamental difference of preferences on a gameplay level,” Yu said. “The greater challenge comes from the art style — how to select an art style that will be accepted from players around the world’ became a difficult problem for us.” “Especially in terms of character designs, we are now actively making some attempts regarding this. Hopefully, we will eventually earn the recognition from players in different regions.”

The Ring of Elysium community is already seeing some of those ideas come to fruition. Aurora Studio recently released three new avatars through the game’s Adventurer Pass, a system that rewards you with cosmetic items the more you play. The new characters are Gavin (an extreme sports athlete), Lynn (a photographer), and the ninja-like Hikage.

All of them have additional outfits and accessories you can unlock through the Pass, giving them a bit more personality than the default character designs.

The developer also plans on adding new weapons and vehicles in future updates. But for now, it’s mainly focusing on introducing new modes and maps, including a reworked version of the island map from Ring of Elysium’s Asia-only beta.

“We really enjoy working hard to create unexpected surprises for players because we believe that a highly innovative playing style is one of the core spirits of ROE,” said Yu.