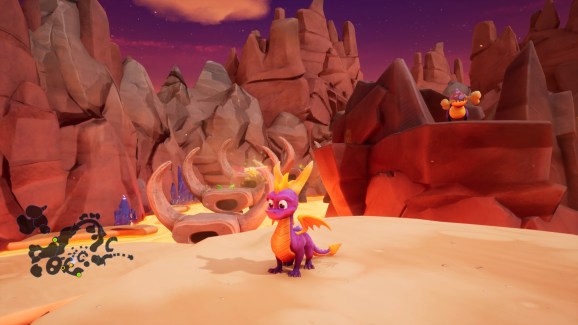 Spyro the Dragon has some fire left in him. Spyro Reignited Trilogy was the No. 9 best-selling game in the U.S. in November, according to industry-tracking firm The NPD Group. Reignited Trilogy’s launch month dollar sales were 30 percent higher than the launch month sales for all over Spyro games … combined. That doesn’t include the spinoff Skylanders series, the toys-to-life franchise that started as a Spyro tie-in before distancing itself from the purple dragon in favor of establishing its own brand. Aside from Skylanders and not counting Reignited Trilogy, the Spyro series has had 10 games.

Spyro Reignited Trilogy came out for PlayStation 4 and Xbox One on November 13. It contains remakes of the original three Spyro games, which came out for the PlayStation in 1998, 1999, and 2000. Our review praised the new graphics and timeless quality of the 3D platforming.

Spyro now joins Crash Bandicoot as an old gaming brand reinvigorated by a remake collection. Crash Bandicoot N. Sane Trilogy came out in 2017 and sold over 2.5 million copies by September 2017. Like with Reignited Trilogy, the Crash collection included remakes of the series’ three games from the PlayStation era.