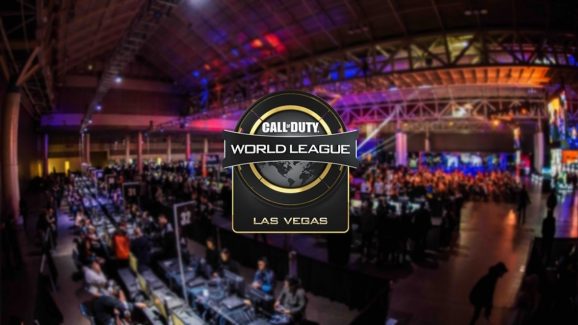 Call of Duty: Black Ops 4 has received almost universal acclaim from long-time fans, critics, and casual players since its October release. Pro players and esports enthusiasts surrounding the competitive scene held some reservations, though. From increasing team numbers from four to five to the seemingly overpowered specialists and equipment, there was enough to be skeptical about going into CWL Vegas.

This year’s Call of Duty has drawn much more attention than many of its older siblings in recent years and has catapulted Call of Duty as a franchise back to the forefront of our collective interest. The announcement of Blackout — paired with arguably one of the most entertaining multiplayer experiences in Call of Duty history — had fan expectations high, especially after the relatively poor year for the franchise last year, both competitively and publicly.

More eyes have been drawn to the franchise this year from keen esports fans once again, undoubtedly aided by regular content creation from some of the sport’s biggest stars, such as Optic Gaming’s golden boy Seth “Scump” Abner who was mostly absent on Twitch last season. In addition, it has some of the world’s most popular names in gaming regularly streaming Black Ops 4, such as Shroud, Ninja and Dr Disrespect; Dr Disrespect’s Code Red Blackout tournament; the Doritos Bowl Blackout tournament; and hundreds of hours of multiplayer tournament streaming from the game’s most notable players — including the return of the likes of Damon “Karma” Barlow, one of the greatest CoD players of all time. This season of professional CoD — bringing with it a revitalized fanbase — seems destined to be huge.

Despite the rise in popularity and interest in the newest Black Ops installment, there were still reasons to be hesitant about CoD esports going into the first major tournament of the year. WWII was hardly the gold standard for how a first-person-shooter esport should be — there was little of the game that was left to chance – indeed, it was uncontroversial, albeit occasionally uneventful. Players had to win their gun fights, approach maps strategically and utilize grenades and other equipment in tandem with the rest of their team. Hardpoint rotations, Capture the Flag defences and Search & Destroy bomb pushes were methodical, simple, and easy to follow.

Compare that to Black Ops 4. Stun grenades that incapacitate opponents to the point where they cannot fight back; specialist abilities that are relatively easy to obtain that can easily shift the balance of power, such as Ajax’s Ballistic Shield or Battery’s War Machine; questionable spawns on maps such as Seaside, especially for Hardpoint; teams of five instead of four, which will presumably make gameplay more hectic and difficult for spectators to follow; a questionable CWL rule set, which, barring a “gentleman’s agreement” between pros, would include Ajax’s Ballistic Shield and 9-bang stun grenade as well as Firebreak’s Reactor Core. Upon initial evaluation, one could assume that less can be controlled by players, and ultimately matches may be more frequently decided by chance, rather than superior tactics and skill level.

One of CoD’s most successful competitors ever, two-time world champion Patrick “Aches” Price, was one of the major proponents of a collective apprehension among pro players. Aches was vocal from the day of the rule set announcement, as were many other pros, asking for alterations such as removing Ajax as a useable specialist and the addition of smoke grenades to move the game in the direction of cooperated strategy, and further way from extravagant firework-display gameplay. In one scathing tweet, Price stated:

“I truly believe [Black Ops 4] is designed to have insane Instagram-able Fortnite-like viral clips of a bunch of absurd [things] happening. Not built to a competitive standard for competition. I obviously prefer the latter where the thinking man should win 9/10 times. But maybe that’s just me.”

Clearly, not everybody was optimistic. The majority of pro players agreed that certain specialist abilities were far too overpowered and required very little skill to use, such as Firebreak’s Reactor Core – hence the aforementioned gentleman’s agreement, which consists of self-imposed trust agreements amongst pros to avoid using abilities such as the Reactor Core and specialists like Ajax and Torque, even though these things haven’t been officially banned by CWL.

Except for a few 2K online tournaments and ProDown warm-ups, nobody really knew what to expect going into Vegas. Yes, the game looks to be a thoroughly entertaining spectacle, but so much can change during majors, and nobody quite knew how it would play out. Watching pros stream is a different experience to spectating neutrally; and, factoring in the team number increase from four to five – would gameplay be too quick to follow? Would players uphold their end of the gentleman’s agreement and abstain from using certain overpowered specialists? Do some specialists and equipment need to be removed from competitive play altogether?

Clearly, there was enough cause for concern. Now that the first major event of the year has come to its conclusion, what have we learned? Was CWL Vegas a success, and does this game have esport potential looking ahead to the rest of the year?

In one word, yes.

This game is outstanding competitively. It’s easy to follow, unbelievably entertaining, and, surprisingly, uncontroversial. Treyarch appears to have struck the ideal balance between Counter Strike-esque, strategy-based, methodical gameplay and explosive entertainment potential akin to that of Overwatch. Equipment seems to be effective but not overwhelming, and gameplay doesn’t look like a concoction of bad ideas which many critics predicted – quite the opposite. There is excellent variety woven into the fabric of the game that only works to its advantage, making it incredibly fun to watch and surprisingly simple to follow.

In all actuality, watching CWL Vegas could make you wonder why CoD isn’t one of the world’s leading esports. Of course, if you know the recent history of CoD then you know exactly why: a number of head-scratcher decisions from its creators that alienated die-hard fans, that caused sales and public interest in the series to decline. One unforgettable example of this is was when jetpacks were introduced for Advanced Warfare in 2014 and became a fundamental part of CoD gameplay for the next three years. This era is now referred to as the “jetpack era” — a period that during which CoD witnessed huge decline in popularity.

The network of fans CoD had so successfully built up until that point was fractured, with many fans rejecting the new change altogether – the games resembled Halo more than Call of Duty. (For an informative, well-researched summary of CoD’s decline in recent years, watch “The Slow Death of Call of Duty | The Futility of Call of Duty WW2” on YouTube by Clean Prince Gaming.) Thankfully, it is likely that this game will ensure Call of Duty regains the status it deserves as an esport, and will surely experience exponential growth in terms of viewership from now on.

Clearly the esports numbers for CoD aren’t that impressive in recent times, especially when you think how popular CoD used to be. It should really be one of the most popular esports. But the numbers for the first Black Ops 4 tournament of the year are much higher than in previous times. Vegas had an average viewership of 82,000, a huge improvement on recent times in the CoD franchise. CWL Anaheim for CoD WW2, which took place in June of 2018, had an average viewership of 29,000. This highlights that people are really taking to this game and that it has serious promise of being one of the most entertaining esports (I’d argue that it already is). Viewing numbers should only increase throughout the next year.

There are still a few inconsistencies that need ironing out before the next major tournament, one of which being equipment glitches experienced by Luminosity Gaming’s John when facing Optic Gaming in the winner’s bracket on Saturday. John’s Trophy — a vital piece of equipment that destroys enemy equipment in its vicinity — disappeared, even though it was clearly available at the beginning of the round. John claims this happened almost every round in a Search & Destroy match, clearly hindering LG’s chances of defeating Optic. They lost the tie 3-0, and John took to Twitter to vent his frustrations:

“We would start a round in SnD and you can clearly see I have a damn trophy. I know sometimes the game bugs & when the next round starts it shows you have a trophy but sometimes randomly would disappear at the beginning of a round. [Censored] but we know this happens…”

There is footage that proves John’s point which can be found here. The LG member also took to Twitter to complain about how he was incapacitated by a stun grenade for the full six seconds, even though he had the perk Tactical Mask equipped which should provide extra protection from equipment. These problems continued for John into championship Sunday. Clearly, there are a few bugs in the game that Treyarch needs to remove going forward; that kind of mishap is unacceptable with so much at stake during these tournaments.

In addition to this, we didn’t see the most controversial specialists used at Vegas due to the gentleman’s agreement even though players would be well within their rights to use Torque or Ajax, for example. Perhaps this is something that needs addressing; if every professional player agrees that certain abilities are too broken to use, and that the game would become less fair if players used them, then they shouldn’t have to arrange their own agreement – it should be part of the rules. Still, aside from a few technical issues and the potential for players to use specialists that should probably be banned, the state of Call of Duty as an esport hasn’t looked this promising in a long time. It seems reasonable to suggest that as the season progresses, Black Ops 4 will accumulate viewers with every passing event.

The potential that Black Ops 4 seems to have can be in part attributed to Treyarch’s return to what made Call of Duty so great to begin with. As previously mentioned, Call of Duty has a history of polarizing its fanbase with questionable decisions, with many fans on many occasions being turned off by the direction CoD has taken. With the release of Black Ops 4, Treyarch has managed to take risks which all seem to have paid off while retaining the fundamental nature of Call of Duty as a staple first-person-shooter.

Merge more recent additions, such as unique playable specialist characters and creative, futuristic scorestreaks while returning to the fundamental gameplay that CoD built its fanbase on, and it looks as though little could go wrong. Call of Duty: Black Ops 4 has reached a level of respectability that has been missing in the series for too long, and with tournaments that are as enthralling as CWL Vegas, it seems reasonable to assume that the popularity of professional CoD will steadily increase throughout the year.

Billy Studholme is a 21-year-old freelance esports writer based in Manchester, UK with particular expertise in Call of Duty, Fortnite, and FIFA.