Microsoft today released a new Windows 10 preview with new features like Windows Sandbox, support for symbols and kaomoji, and Automatic Restart and Sign On (ARSO) for enterprises. It also includes improvements to Start, Windows Security, the Clipboard, sign-in, the Task Manager, troubleshooting, settings, and File Explorer. This build is from the 19H1 branch, which will arrive in the first half of next year. 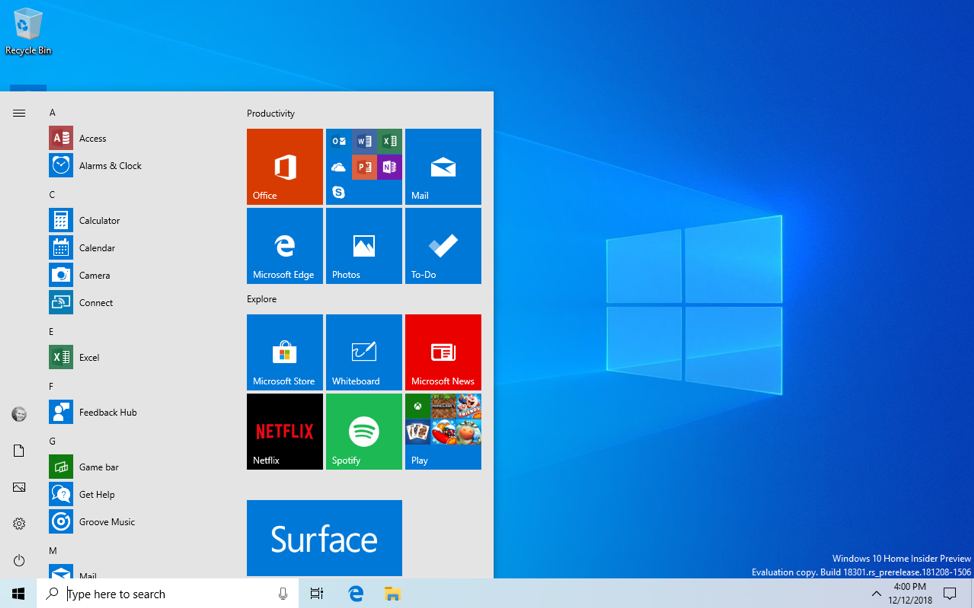 This build simplifies the default Start layout for new devices, new user accounts, and clean installs. It features a one-column design, reduced top-level tiles, and tailored version for commercial and educational customers. If you’re upgrading to this build, you won’t see a new layout because Windows updates aren’t going to change what you see in your Start menu. 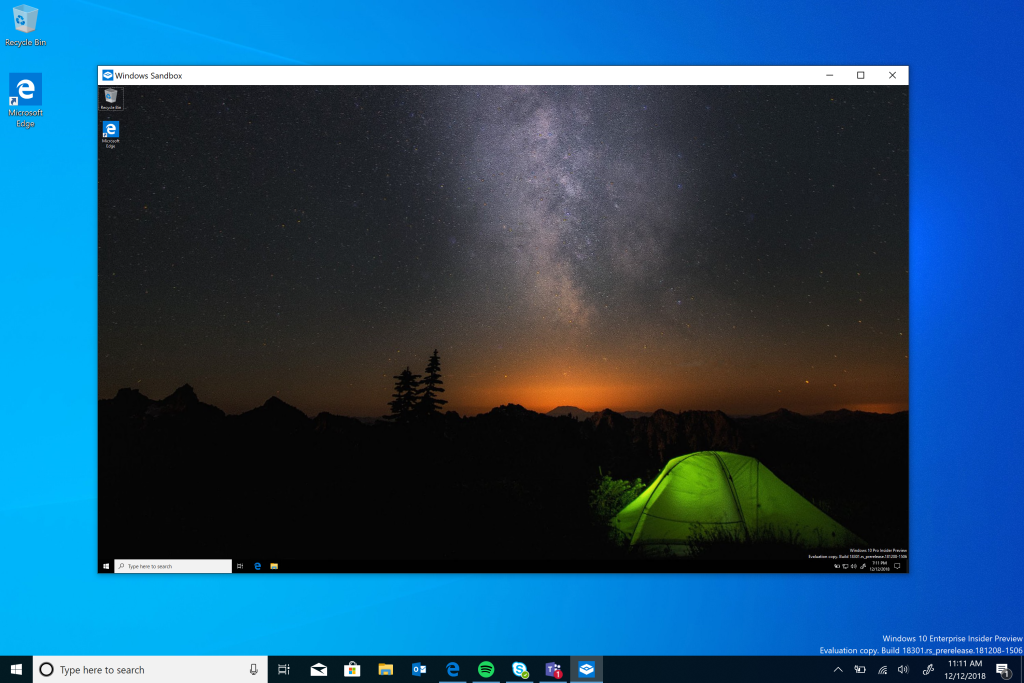 Microsoft describes Windows Sandbox as “a new lightweight desktop environment tailored for safely running applications in isolation.” It’s where you can run an executable file you’re not sure about or fire up a clean installation of Windows without setting up a virtual machine. Any software installed in Windows Sandbox stays only in the sandbox, and once it is closed all its files are deleted. The feature will ship with Windows 10 Pro and Windows 10 Enterprise. 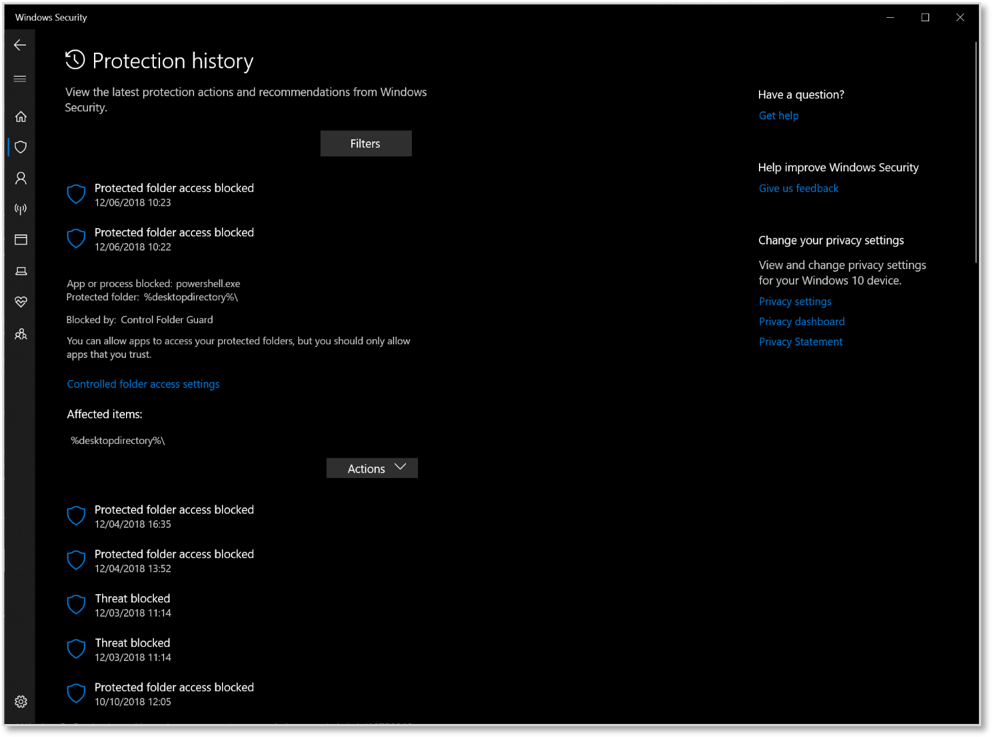 Speaking of security features, Windows Security has a new Protection History experience. It still shows you detections by Windows Defender Antivirus, but it also includes results from the Windows Defender Offline scanning tool and offers more detailed information about threats and available actions. Additionally, there’s now a Tamper Protection setting that provides additional protections against changes to key security features, including limiting changes that are not made directly through the Windows Security app.

When you press WIN+(period) or WIN+(semicolon), in addition to emoji, the picker now includes symbols (punctuation, currency, geometric, math, Latin, language) and kaomoji. This experience started rolling out with build 18252 but is now available to all Windows Insiders. 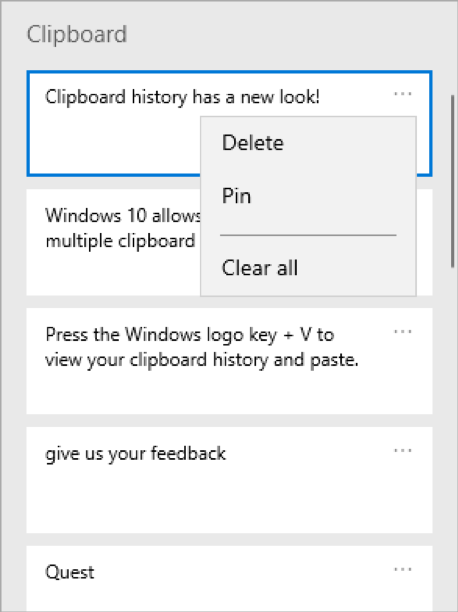 The cloud-powered Clipboard (Windows key + V) has been updated to offer a more compact UI. Because 90 percent of items in the clipboard history are text, the design is now optimized for text snippets, which means you can see more entries without having to scroll. 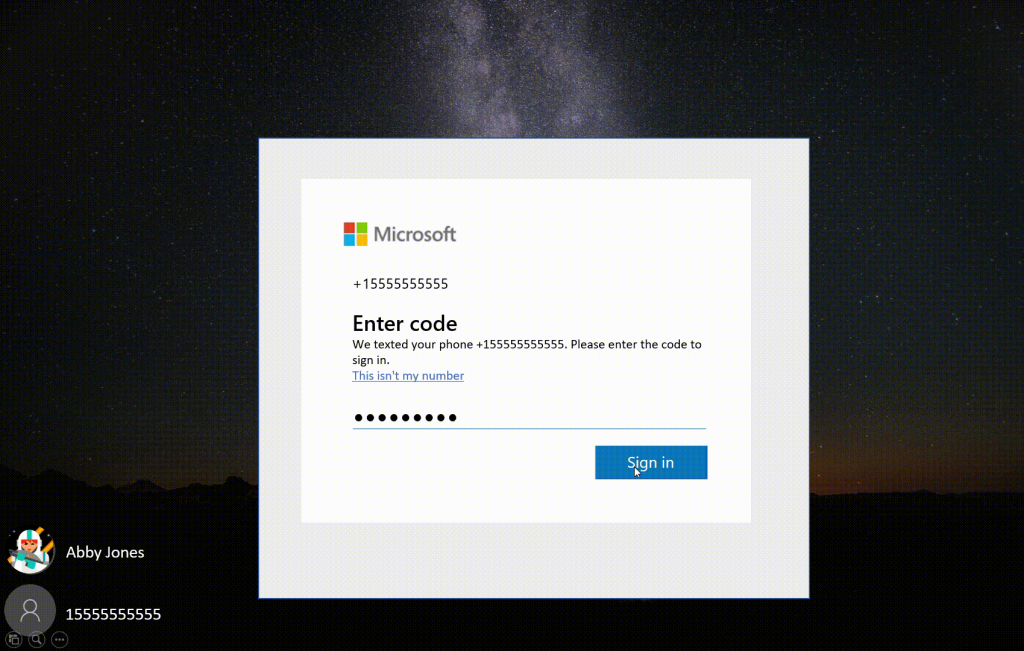 As part of Microsoft’s quest to kill the password, the company is adding support for setting up and signing in to Windows with a phone number account. You can use an SMS code to first set up your account and then use Windows Hello Face, Fingerprint, or a PIN to sign in. Speaking of PINs, the Windows Hello PIN reset experience has been redesigned to match the look and feel of the web version. 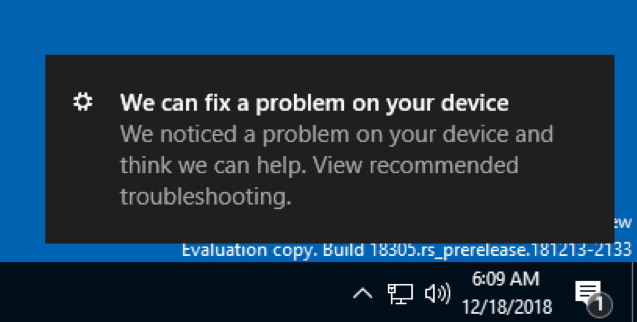 In addition to critical troubleshooting, which happens automatically and can’t be turned off, Windows 10 will now also recommend troubleshooting for other problems. One example is offering to temporarily turn off a setting that sometimes causes an app or feature to crash. You can then turn it back on once the problem has been resolved with an update. 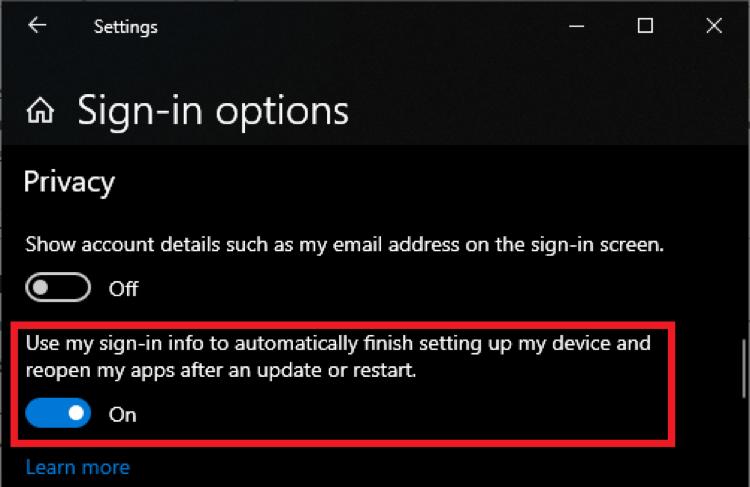 ARSO automatically signs a user in after an update to finish setting up, and then it locks the PC. This feature (Settings => Accounts => Sign-in options => Privacy) will be enabled on Cloud Domain Joined devices that meet certain security requirements: BitLocker is enabled and is not suspended during the upgrade, TPM 2.0, and SecureBoot. 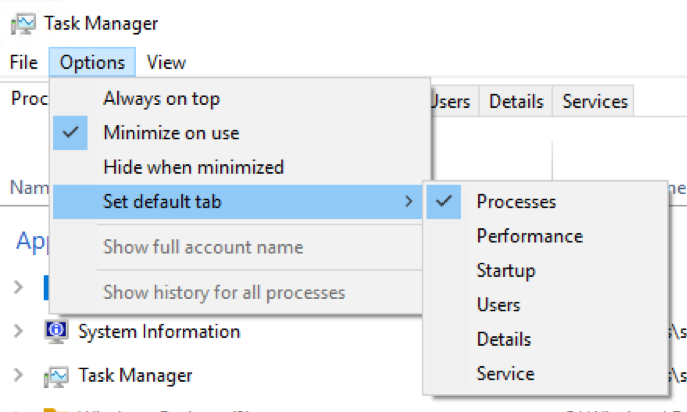 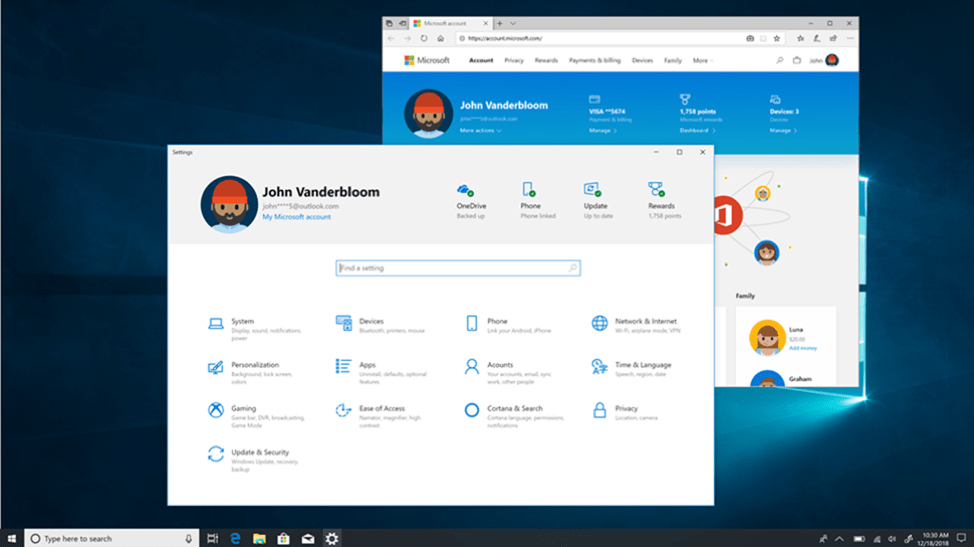 The Settings home page now has a header at the top that allows you to take quick action for things like signing in and managing your Microsoft account. It also gives you an easily visible system status, such as when updates are available. 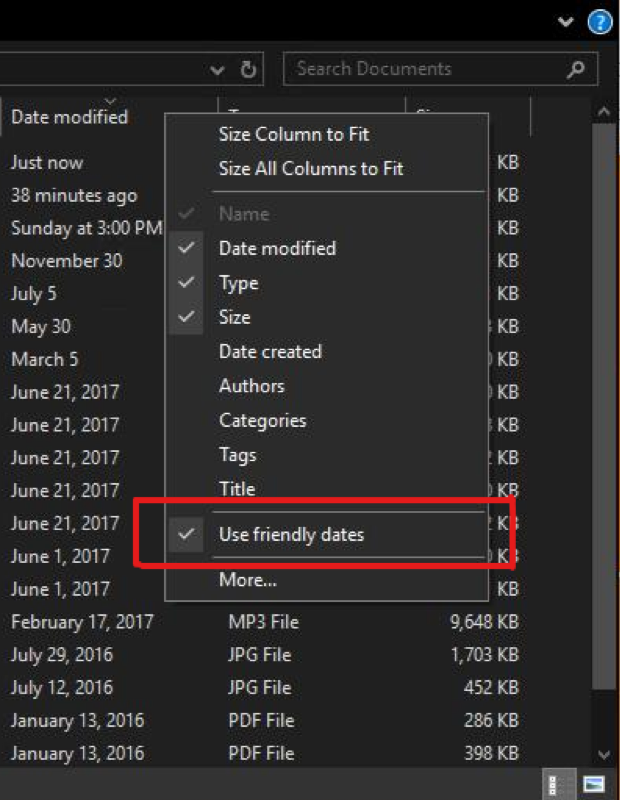 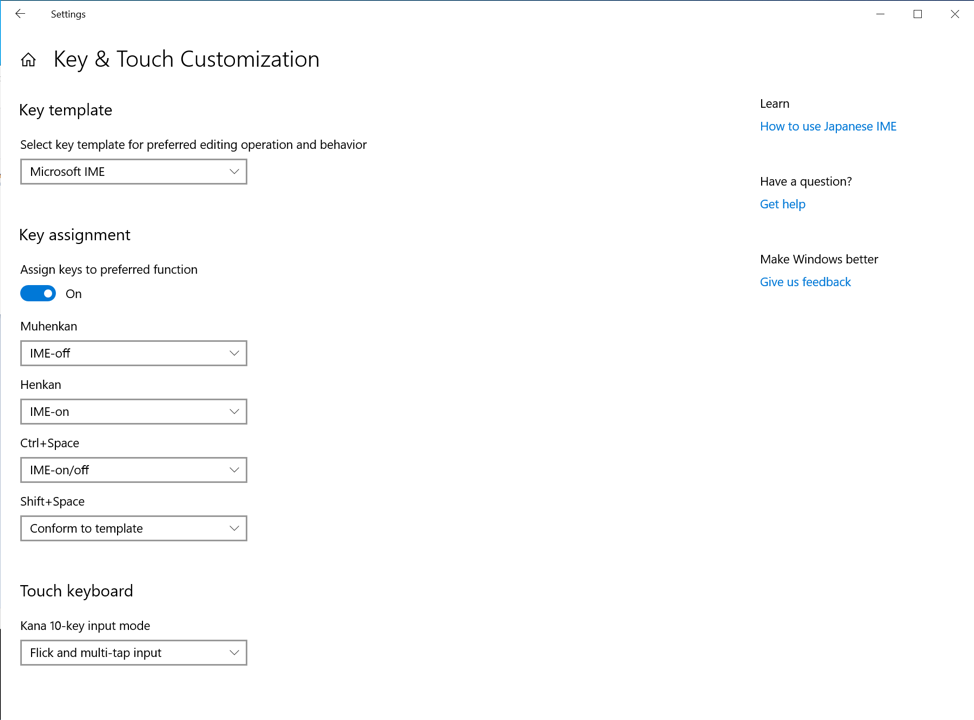 The new Japanese IME is back, after being taken offline a few weeks ago, although it has returned via a staggered rollout. It includes enhanced key customization options and improved candidate window reliability.