GamesBeat: It does look like you still retain quite a bit of ownership. It’s different from a lot of other venture-funded companies out there, which do give up quite a bit of control.

Roberts: I hold 75 percent of the company. I have full board control. I have the majority of the votes on the board. The effective control of the company hasn’t changed. We’ve just brought on our first proper outside investor. But we’re talking just over 10 percent. Outside of some rules that — like I said, I can’t spend it on a super-yacht. But they totally buy into what we’re trying to do. They understand what we’re building. They’re actually really excited about it, which is cool.

One of the nice things about this — we went through a process. There were quite a few people we talked to, and some where we thought — I’ve had these discussions and been down this road before with the venture and private equity side. Sometimes I feel like they don’t quite get the vision or the alignment. It’s not a product per se. It’s more like a community. We have this community that we’ve built and that we’ll grow. They love science fiction and they love the universe we’ve created. That’s what we’re building and growing.

We look at it that way. We look at how we can constantly have engagement with the community. You can look at it, if you’re thinking in the business terms of a Microsoft or someone like that, as a userbase. You’re engaging them year-round. That’s how we look at it. It’s less about how we have to release this on this date. It’s all about building this world. It’s the long game, not the short game. We want to make sure that this game and world can go on for year after year and stand the test of time. 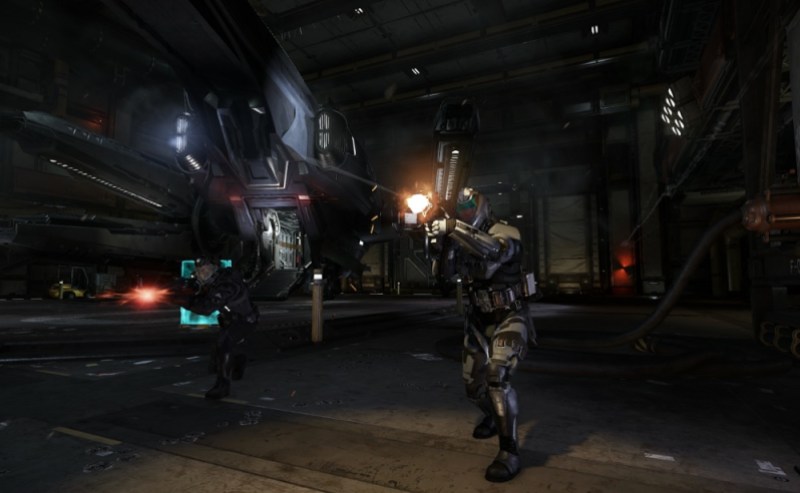 Having people who understand more of the longer-term view, and also understand the value of, A, creativity, and B, doing good stuff, is important. Clive’s background is the very top of the music business. One time when we were first meeting, he was telling me about this record — I think it was Def Leppard or someone like that — and he felt like the album needed a few more months to get it right, but he was pushed by the publishing side to get it out for Christmas. He hated that. He said, “I really wish I hadn’t done that, because it would have sold a lot more copies if it had a bit more time.”

For me, as a developer — I feel like it’s all about the game. In the end everybody liked Red Dead Redemption 2 and forgot that it might have been out a year earlier. They delivered. If it came out and didn’t have that extra level of polish, it would have been a disaster. They took the time to make it right. If you look at the game industry, at the very height of it, with the biggest titles that’s very consistently what you see. If you’re just trying to push it out to make a quarter, you end up doing a disservice to the product, to the brand. If you make sure you spend the time to get it right, that’s what burnishes it.

I felt like, from the moment we were discussing this — yeah, Clive and Keith totally get this. I’ve had some discussions on the VC or private equity side that were much more like — they were batting around whatever the catchphrase of the day might have been as far as metrics or whatever they saw as the latest success story. League of Legends or whatever it was. You know how it goes. People focus on whatever they’ve read in an article. I feel like sometimes, when I talk to VC, you have a junior analyst who’s read some jargon and they navigate around meetings like it means something.

GamesBeat: The two new board representatives, Dan Offner and Eli Klein, are they part of the investment team, or are they appointed by the investors?

Roberts: Dan is appointed by Clive and Keith to represent them. I’ve known him for quite a few years, actually. I met him when he was at Oculus. He’s obviously got a fair amount of experience in the interactive world, as well as advising and investing and all that stuff. He was helping Clive and Keith as far as advising them on the investment, and so they’ve appointed him to be their board representative.

Eli has been a personal friend of mine. He’s been advising and helping us since we started to look for potential financing sources for marketing funds for Squadron. When we started that process, he was helping and advising with that. During the course of that, he was part of introducing us to Clive and Keith. I’ve appointed him to the board for us.

As we’re getting bigger in terms of valuation and investment, we felt it would be nice to have a couple of outside board members besides just the internal people. Otherwise it was just myself and my brother and Ortwin Freyermuth, our chief legal counsel, who co-founded the company with us. We felt it would be good to have board members that have some other insights. They can help us as we go forward for whatever business needs and planning. 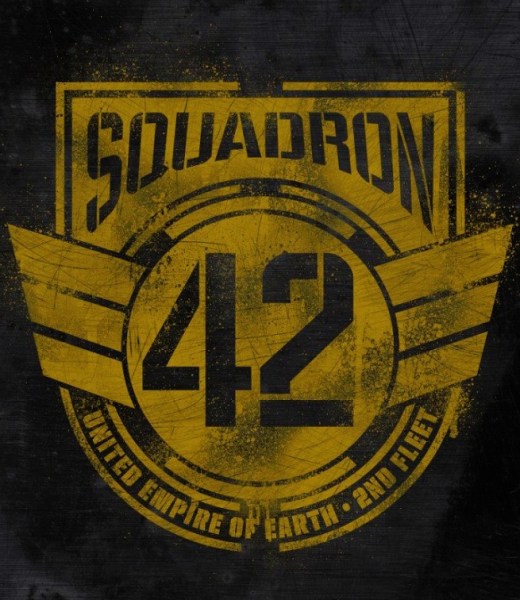 GamesBeat: In your case it looks like you gave up a little bit of control, but you got a lot of assurance about how much runway you have. You still seem to have the ability to go back and get some more should that contingency arise.

Roberts: That’s true. I don’t give up any control. The difference in control and the operations or planning of the company, or even how the board is run now — the only additional stuff is we’ve obviously added a few extra governance items to protect minority investors. But on the investor side there is no company override of control. As long as we’re not spending on a super-yacht, like I said, it’s cool. I don’t think anyone that crowdfunded the game would be very happy about that either, if I was snapping pictures on the back of a yacht somewhere. [laughs]

I’d much rather put it into the game, because that’s what I care about. It’s my chance to build something I wanted to build my whole life, to a scale and ambition I’ve wanted to do, that I felt like I couldn’t — it would be almost impossible for me to get a big public publisher to back that. It would be too much of an investment. It would take too long and be too risky.

GamesBeat: As we see with Red Dead or God of War, it’s just a handful of games that get to have this kind of development cycle.

Roberts: Rockstar has earned it, because they’ve made so much money for Take-Two. Take-Two is willing to let them take the time. God of War is another example. It’s one of Sony’s key franchises. But it would be hard for me to go to any of these guys and say, “I want to spend $200 million on a space sim.” They’d tell me to get lost. I’m very lucky and very fortunate to be in the position I am.

GamesBeat: In some ways this is a good answer for you guys, because we’ve seen some past media reports that presented a partial picture. It made everyone worry about the project. But it seems like this has answered that.

Roberts: That’s probably one of the reasons we finally decided to do it. You know how a business runs. Contrary to some armchair developers and businesspeople, we actually have quite a lot of people that have a lot of experience in the industry for a long time. We’re not nearsighted in what we’re doing. We feel like we’re running a pretty tight and smart ship considering what we want to get to and what our endgame is. There is a bit of frustration when you see people speculate on half of the information. That was part of the impetus for getting out the information on the finances and all the rest.

In the case of the investment, the other thing we see all the time, and it’s not like we’re not aware of it — “Okay, this is great, you’re doing the game, but how are you going to run the servers? How are you going to launch the game? How are you going to do the marketing? Where will you get that money from?” This is essentially saying, “We know that. We’ve been running our business this way so far and we’ll continue to run it this way. Here is how we’re taking care of some of the additional needs we’ll have to go from development to full launch, without having to rely on a third party.”

For me, I think the investment is very important for our independence, because it gives us the ability to take our time. We have the ability to take care of our marketing and not be beholden to someone else. For the future of the company, it’s a really good sign. And it’s a good sign to show that, even at this stage, the company is worth this kind of money. As we grow and get bigger, it should only increase beyond that. That should give people who are worried about whether we’ll be around tomorrow — they shouldn’t be so worried about that.