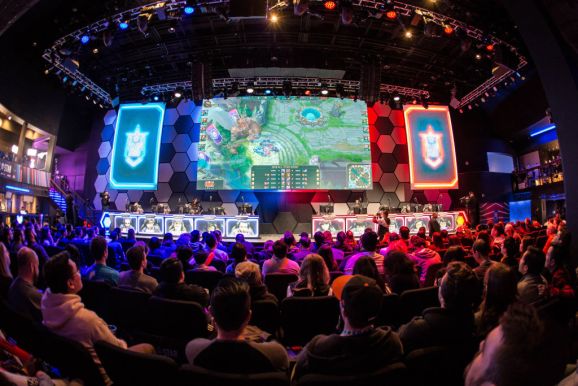 With money pouring into esports, it’s time to start looking at the existing monetization models. In this special session, our panel of experts — from Ubisoft, Gen. G, Akamai, and GamesBeat’s Dean Takahashi — unpacks the old and explores where genuine innovation may come from in the future. Catch up now to learn about new approaches to engaging with audiences, driving revenue, and more.

Interest in esports is rising, and so is the amount of money coming in. Newzoo anticipates that in just two years it’ll grow to a $1.65 billion industry, and everyone is looking for a piece of that pie.

There’s still a huge gap between the esports and traditional sports worlds, says Kent Wakeford, co-founder and COO of Gen.G, and that’s one of the most exciting opportunities in esports.

“Goldman Sachs had a report recently where they showed that the average esports consumer monetized to about $3.94, whereas the average consumer in traditional sports is monetizing to about $54,” he says. “That means there’s a 10X opportunity within the esports market to grow and build those connections with fans, to bring them things they’re willing to pay for, for their excitement and their fandom and their engagement with teams and players. I view that as an opportunity.”

Revenue growth drivers in esports are currently far under what the reality is going to be, he explains. You can see it in the tremendous viewership, what’s happening on a global basis with stadiums being built all around the world, including in the U.S., China, and Korea. Brand sponsors are coming in, bigger media rights deals are happening, and the amount of merchandise being sold is rising, as the announcement with the Overwatch League and Fnatic shows.

“It’s moving at a much faster speed than a lot of the industry reports have been putting out,” Wakeford says. “That’s why you see so much capital coming into esports.”

The monetization model looks a lot like the sports broadcast model right now. From a revenue perspective, media, sponsorship, live events, merchandise, and prize winnings are the pillars. The biggest revenue driver to the leagues, currently, is media rights, while the largest revenue driver for the teams is currently sponsorship revenue.

Media rights is gaining traction as a dominant revenue driver in esports, however, because of the massive viewership, with numbers that blow traditional sports out of the water. The 2018 World Series had about 14.3 million average viewers for the games, while the League of Legends world championship — broadcast worldwide on digital streaming platforms like Twitch — reached 78.5 million pairs of eyeballs, Wakeford says.

You can compare the esports model to traditional entertainment, to the popularity of television shows, as well, says Robb Chiarini, director esports, NCSA at Ubisoft.

“At the end of the day, esports itself is a viewership phenomenon,” Chiarini says. “The viewership is what’s super impressive. From viewership you get merchandise, people viewing and traveling and spending. That’s where you get the buying power for sponsors and others.”

And now that companies like FanAI, GumGum, and even Nielsen are coming into the esports world, providing the data analytics, targeting capabilities, and reporting capabilities, brands and sponsors can now come in, do their media buys, see the valuation, compare it to what they’re doing in traditional sports or in other traditional media.

“What you’re seeing with a lot of brands is that the return on the investment in esports is greater than what they see in other types of media buying,” Wakeford says. “It’s that type of measurement, that type of feedback loop that’s going to catalyze the further adoption of esports by a lot of the big brands.”

Where esports has the advantage is that the games at the center of an esports competition are intellectual property, Chiarini says.

“For us, owning the game gives us the opportunity that every activity we do, every dollar we spend on an esport, is actually a way for us to engage with our existing communities, create viewership, create playership, create opportunities for monetization within the game and on the game itself,” he says. “I believe esports has the biggest leg up against traditional sports in that way.”

Even as the industry evolves rapidly, you can jump into the game right now, says Jonathan Singer, industry strategist at Akamai.

“If you’re not in the position to go out and buy a team or sponsor a team, then there are three different things that you want to be thinking about to go in and provide differentiation and make money out of esports,” Singer says. “Those are relevance, value, and choice.”

Advertisers in the industry are relevant, and in the right place, hitting the right people. But gamers are going to have ad blockers installed. What can you do to change their minds? How can you reach them? If you know ways to make your advertising more relevant, on-point and of the moment, you’re in a good place to address the rapidly growing esports market.

The second piece, value, is in-game perks. You can provide viewers with in-game currency, for instance. There are companies like Sliver.tv that are providing similar things as perks just for viewing. If you’re in a place where you can use a new technology like blockchain to really track what people are doing and help reward viewers for consuming your advertising content, or consuming the streaming content itself, those sorts of business models are another way you can make money in esports.

The third is choice. Are you developing a technology or looking at technologies that allow viewers to engage with the game itself? Can I interact with the game? Can it be the Hunger Games? Can viewers pay or vote to change the map that the players are going to play on next? Can they buy bonuses for their team and throw a little silver box from a parachute? Is there technology that enables that, or a game that’s going to enable that?

As you look at technology that interacts with the game, you’re going to have to work directly with the game publishers, Wakeford adds. There are also plenty of opportunities to create extensions on the Twitch platform that enable different engagement models with streamers and players.

“The short answer is, anything is an opportunity,” Chiarini says.

To dive into the nitty gritty of current esports monetization models, where the biggest openings lie for investors just starting out, and what pitfalls to leap over, catch up on this in-depth VB Live event!