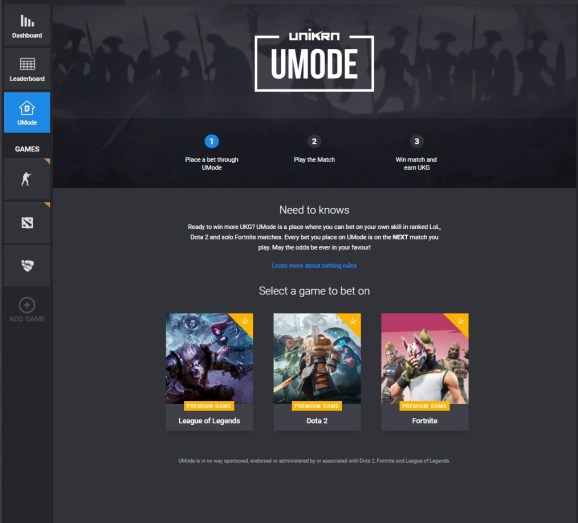 The system allows users of any skill level to place a bet and play a fair match using games’ built-in matchmaking rankings, said Rahul Sood, CEO of Unikrn, in an interview with GamesBeat.

The new system — developed with proprietary, patent-pending technology and operated with a blockchain-based backend — is live in markets around the world, including in 41 states in the U.S.

A startup founded by Voodoo gaming PC company founder Rahul Sood, Unikrn is now the only live wagering company in the world that has a crypto gambling license from the Isle of Man, which along with Malta is known for its rigorous standards on gambling regulations. With the license, Unikrn can enable “spectator betting” on esports matches or “skill-based” betting on your own gameplay against others in games of skill such as Fortnite (one of the most popular and important games in the world), Sood said.

“It creates a heightened state of excitement when you play these games,” Sood said. “Gaming is a great application for the blockchain,” or the decentralized ledger that is secure and transparent. Sood said the company has been working on the flexible 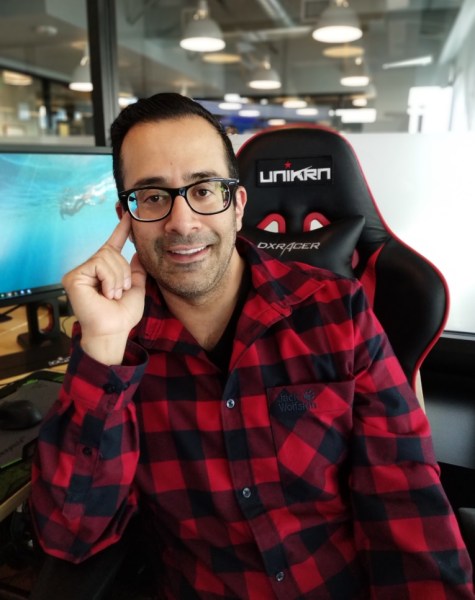 By allowing users to place bets on their normal matchmaking, UMode does not require players to bet directly against each other, resolving problems of sharks negatively impacting bettors’ chances. Players are offered a bet on whether they can achieve a certain goal in a game. If they accept, they can make a wager, play the round, and then see if they win the bet.

“Unikrn is built by gamers and is striving to give fans a way to heighten gaming even more,” said Sood said. “Over years, our fans have begged us for a way to back their own games and make their matchmaking more interesting, and now we’ve developed a way to do so which avoids the pitfalls of traditional players-vs-player skill betting.”

Unikrn has long rewarded players for playing games, and has used this information to build predictive models on players, games and outcomes.

“UMode gives players fair odds based on their play history and doesn’t require all participants to place a bet,” said Andrew Vouris, Unikrn chief operating officer, in a statement. “With a player-vs-house model, we cut out sharks, we cut out waiting, and we give players better odds. Unikrn wants to give a fair, exciting experience, so we’ve changed what’s possible.”

UMode is currently available for UnikoinGold bets, Unikrn’s platform utility toke,n and real money. As with all Unikrn wagering products, users will pass full anti-money-laundering procedures. UMode will only be permitted to users of legal betting age in their states and regions.

“Most crypto and blockchain companies build engineering-heavy solutions that are so user-unfriendly that it’s almost impossible for consumers to adopt,” Sood said. “We build platforms around the user experience. Blockchain helps us in a highly regulated business.”

Unikrn said that he is generally bullish on cryptocurrency, but he figures about 90 percent of the crypoturrency startups in the market will fail.