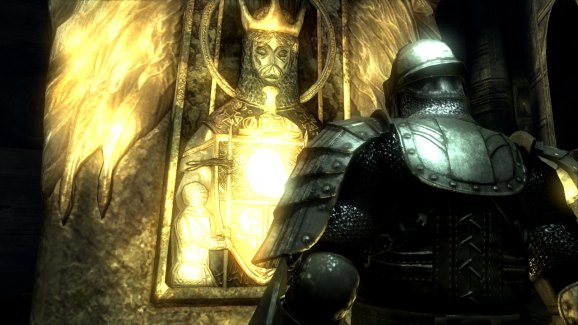 The following is an excerpt from 20 Essential Games to Study.

Tying everything together was a brilliant risk versus reward system inspired by the roguelike genre. Anyone who has played a roguelike knows that one of the core pillars is the extreme punishment for dying. When a player died, all progress was wiped out, and the player returned to the start. The reason why this was fine was that every new play featured a completely different world to explore.

Demon’s Souls, and future games in the Souls-like genre, would meet in the middle. The level designs themselves were all hard-coded and fixed, with no random or procedural generation in effect. Upon dying, the player was returned to the start of the level, and all enemies were revived. By opening up shortcuts in the level, the player would begin to make permanent progress. The risk came into play with what the player lost when they died. Souls earned from killing enemies were both currency and experience points in the world of Demon’s Souls. Upon death, the player dropped all the souls that she or he possessed on the ground. If the player did not recover them before dying again, they were lost forever.

This created an interesting dynamic of always questioning how far to push things before returning to the game’s hub to spend your souls. Every fight could turn into a bloodbath for players who weren’t prepared. With this system in place, Demon’s Souls would have the punishment of a roguelike, but featured handmade levels that players were happy to live, die, and repeat over and over again.

Above: 20 Essential Games to Study

Speaking of the levels, each of the game’s five worlds featured some of the best level designs for the time. The world would provide the player with unique environmental hazards, enemies to fight, and of course, secrets to uncover. The levels were an enemy onto themselves against the player, featuring death traps and plenty of bottomless pits to fall into.

One of the reasons why Demon’s Souls was chosen for this first book was due to the structure of the game. With each world being its own ecosystem, that made it easier for players to compartmentalize the various environments and build a mental map of the game space. The future Souls titles went with an open-world structure, which was far more ambitious, but it had a different feel than Demon’s Souls.

As the player, you could easily track your progress through Demon’s Souls, and with each world being separate from one another, it made it easier for the designers to keep everything focused. There was less downtime moving from one locale to the other, with each level being its own personal dungeon of pain for the player to explore.

Besides the environmental storytelling that went into the design of each world, the various enemies that were unique to the worlds helped to give them a greater sense of personality. This was expanded further by the variety of normal and bossclass enemies.

All manner of enemies were put into the game to test the player. There were commoners who would rush the player while frantically slashing, to skeletons that would cartwheel around the battlefield. Mastering the game required the player to slow down and figure out the kinds of attacks that the enemies would use. Taking things further, the bosses would become a staple of the Souls series, both for their design and challenge.

Every boss fight was with a completely different encounter that tested the player in a unique way. Some examples were the colossal Tower Knight, and the tag-team battle of the Maneaters. These bosses would exemplify one of the cornerstones of Souls-Likes: The player must be prepared for anything.

As we discussed earlier in this book with Devil May Cry 3, the Souls series would become the poster child for random-pattern boss design. The player had to respond to the unique touches of the boss with the build of his or her choosing. Not one boss in the entirety of Demon’s Souls repeated either the design or situation of another battle. Players had to react to whatever the boss would throw at them during a battle, as one wrong move could lead to death.

Joshua Bycer spends his time presenting and lecturing about game design. His Game-Wisdom videos can be found at YouTube.