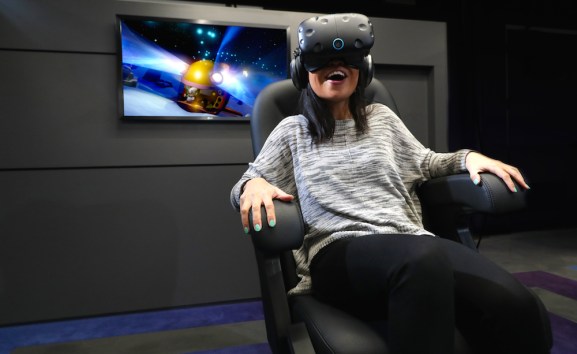 In August 2016 IMAX Chief B.D. Officer Rob Lister revealed an exciting forecast for the company’s VR plans. He envisioned a world in which the latest blockbusters would be accompanied by VR ‘companion pieces’, which moviegoers could see alongside the film for a slightly higher price. He name-dropped movies like Avatar 2 and directors such as Christopher Nolan, saying they would give creators VR cameras to shoot this content. Like the traditional IMAX experience, the company wanted to create high-end movies that gave you a reason to visit theaters.

Nearly two and a half years on, IMAX VR is dead.

Following a sheepish roll out in 2017, IMAX spent the latter half of 2018 slowly dismantling its handful of global locations. Despite a positive reaction from customers, the company had already expressed disappointment in the numbers of visitors it had managed to attract. By November, it was down to less than half of the centers it had initially opened. The writing had been on the wall for some time.

But how can other location-based VR businesses even hope to succeed if a giant like IMAX can fail?

To me, this is a cautionary tale in the importance of creating a focused vision for location-based VR. IMAX may have had grand plans, but a failure to deliver on them as well as some questionable partnerships, mixed messaging and an underwhelming content selection led to the death of its VR dream.

Of the 17 experiences currently listed on IMAX’s VR webpage, at least 13 can be seen at home. None of them tie into Avatar 2, none of them are directed by Christopher Nolan. The site’s featured image (seen above) teases a multiplayer lightsaber battle akin to Star Wars: The Force Awakens but the corresponding app is really the two-year-old Trials on Tatooine demo, which lasts for 10 minutes and is free to download on Steam. The sole ‘made for IMAX’ experience is a clunky Justice League game that you can also get at home.

IMAX made it clear that these initial centers were experimental launches as part of a pilot program to test the waters, but it never really backed them up with the content to support them. Over the past two years, location-based ‘competitor’ (if there is such a thing at this stage of the market) The Void created buzz with original bleeding-edge Ghostbusters, Wreck-It Ralph and, yes, Star Wars experiences that generated headlines even before they were even launched. Dave and Buster’s $5 Jurassic World experience has been a hugely successful launch for the company while Dreamscape Immersive is now rolling out an adventure-driven location with its own original content. Elsewhere, Spaces lets you paste your own face onto a virtual Terminator. IMAX, meanwhile, did run eSports-style tournaments, but these relied on the same content it was already offering. 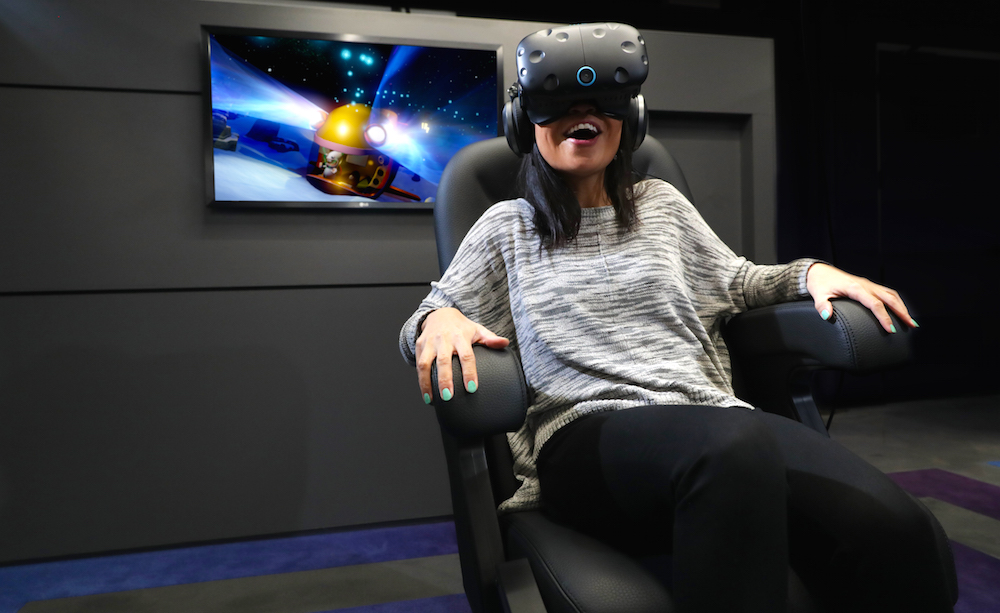 Above: Rabbids might be even more silly/frightening in VR.

Much of these company’s successes and hopes are down to/pinned on originality, exclusivity and IP, but hardware is a factor too. The Void’s tech allows up to four people to enter the same space, wave to each other as Stormtroopers, and then physically walk through a series of rooms. IMAX, meanwhile, never made the ‘experience’ side of its offerings clear. It initially partnered with StarVR, a company that’s run into its own troubles of late, but ended up largely favoring the HTC Vive. It offered you the same experience you can have in your home; there was no exciting glimpse of the future or major IP for fans to rally behind.

Alongside StarVR’s troubles, Google put a nail in the IMAX VR coffin when it canceled plans for a VR camera the two were developing together. That put the breaks on the cinematic VR experiences IMAX had once touted and reportedly started to pour $50 million into. I suspect it may have been a different story if, this Christmas, IMAX VR was showing tie-in experiences for Into The Spider-Verse, Mortal Engines or Creed II, but we’ll never know.

Developments like this paint a picture of a plan that perhaps jumped the gun; suddenly IMAX was left with little more than glorified arcades and none of the support that we’d previously been told would help it revolutionize the cinema experiences. IMAX launched its VR centers before the experiences to draw people in were really there, and that may have been its most fatal mistake.

I can’t help but wonder what would’ve become of IMAX VR had things gone differently. High-profile tie-ins are exciting for sure, but it’s easy to envision hiked ticket prices leading it down the path of 3D cinema. As it is, though, IMAX VR’s short life teaches us the importance of focus in the location-based VR scene. It’s not enough to just offer a HTC Vive running the same games you can play at home, at least at the scale IMAX wanted to achieve. You need to give people an experience they can’t get inside their own headsets. IMAX said it was going to do that. Perhaps if it had been a little more patient, it would have.