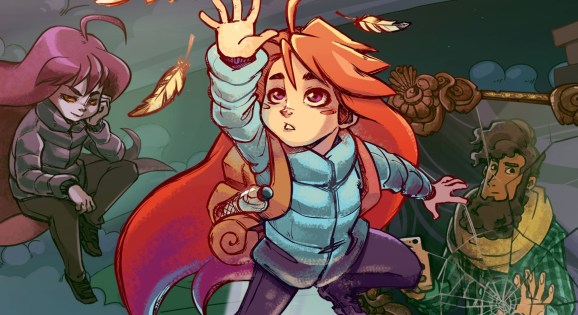 The gaming world met a lot of new faces in 2018. Red Dead Redemption 2 gave us the likable (if morally questionable) cowboy Arthur Morgan, and Assassin’s Creed: Odyssey introduced the badass female Spartan warrior Kassandra. But our favorite new character of year game from a much smaller game.

Madeline is the hero of Celeste, an indie side-scroller that came out on January 25 for PlayStation 4, Xbox One, Switch, and PC. Celeste is one of the best games of the year thanks to its tricky platforming, but Madeline also plays a big part in making Celeste so memorable.

Madeline wants to climb a mountain, the titular Celeste Mountain, as a way to overcome her self-doubt and anxiety. These manifest into an evil version of Madeline that harasses her through most of the game. At first Madeline tries to reject this other side of her, but is only able to succeed once she accepts it.

But her anxiety also hinders her is less fantastical ways. One memorable sequence has Madeline so crippled with panic that she can not move. It is only after she, and the player, focuses on keeping a feather afloat that she can feel better.

Maybe it’s because I’ve had my own issues with anxiety (and I’m sure many of you can relate to that), but Madeline is a character that’s easy to sympathize with.

And on a less serious note, she’s just so adorable! That fluffy coat and those big cheeks … how can you not just want to give this character the biggest hug ever?

Who knows if we’ll see Madeline again. But even if we never get a Celeste 2, she’s a character that’ll be hard to forget.