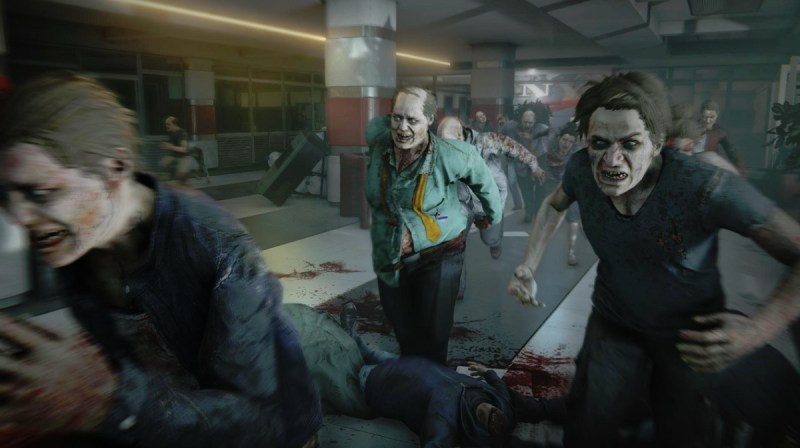 Above: Look at those teeth.

I hope that game does well. It looks fun to me. The other thing about Days Gone, people keep talking about it, but let’s not forget it’s only going to be on the PlayStation. We’re going to be on Xbox, PlayStation, and PC, and we’re multiplayer-focused. I think we complement each other well. I haven’t played their game, so I can’t tell you what it’s like, but I’ll play it when I get the chance.

As far as our engine and our tech, we’ve been working on those for — we’ve been in business for 18 years. The genesis for our engine goes back to 18 years ago, when my partner — who was a PhD in computational geometry and applied math — had his own engine, which was a student project even before that. We’ve just developed it ever since then.

People don’t know about it, but earlier iterations of this engine powered both Halo: Combat Evolved Anniversary and Halo 2 Anniversary, which was part of the Master Chief Collection. It also powered Quake Champions, which is going into Battle Pass format today. That game needed to run at 240 frames per second on literally any machine. For the most part it achieves that goal. We’ve had a strong technology base upon which to build. This and Quake were basically done in parallel.

But the biggest challenge for us was the swarms. We think this game really could only have done on our tech. Maybe on Unreal, if we had enough time and enough resources to dig deep into a third-party engine. But having a proprietary engine was critical to getting this game in a place where we felt comfortable with it. In some scenes we’ve supported 5,000 zombies on the screen at one time. It’s impractical in a real game experience, because you get overwhelmed and die in six seconds. 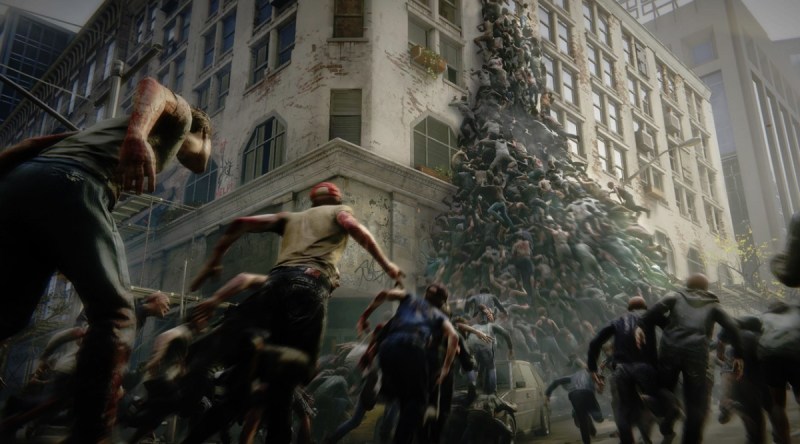 GamesBeat: You have to balance it to make the game survivable.

Karch: Absolutely. That’s what we’ve done, I think. I don’t think the game has more — it’s scalable, right? If you’re playing with guys who are good, the game knows that, and it scales up the number of zombies. If you’re playing with guys who stink it scales down. We’re hitting somewhere between 500 and 1,000 at any given time. Even if you look at 300 on the screen it looks like so many you don’t know what to do. In the biggest battles, if there’s 400 or 500 in the scene, that’s what most people will experience, and it’s incredibly overwhelming. It’s scary as hell, especially with headphones on, because it’s going on everywhere.

GamesBeat: How much do you want to enable players to take out the swarms? What does it take to make a dent when you have 500 zombies to shoot at?

Karch: The game really encourages teamwork. There are multiple ways to progress. There’s character progression and also weapon progression. We have a ton of different weapons, and obviously you have to choose the right tool for the job. Heavy projectile weapons can take 10, 20, 30 out at a time, depending on where you hit them, especially if they’re piled up in swarms. If they’re climbing up a wall you can knock down the whole pyramid. Or we have the machinegun style with a rapid rate of fire. Those are upgradable as well.

Really, our hope is that people will play each of these levels 30, 40, 50 times, because there are so many different ways to play through them. That took a ton of balancing. The characters have different classes, and those classes obviously impact progression as well. But the real key is choosing the right weapon. In areas where there are swarms, you’re better off with a rocket launcher type of weapon. Some of them are single-shot, and then you need to reload it. But the more you play, the better your arsenal becomes, and the more frantic it becomes, because as I said, the game scales up. If you get better weapons and start playing better, we’ll throw more zombies at you.

It should be a continuous cycle. That’s the hope. We’re doing some testing right now and it’s panning out. We’re excited about that.

GamesBeat: I’m sure you’ll get hit with people saying, “Oh, it’s a Left 4 Dead clone.” How are you trying to innovate so people don’t have that impression?

Karch: Some things are unavoidable. The good news for us, although it’s bad news for fans, is that there’s no Left 4 Dead 3 on the horizon as far as I’m aware. We were obviously very heavily inspired by it. We think we’re going to fill a niche here. We think we’ll give gamers what they want. Yes, this game is similar than Left 4 Dead, but we have many more zombies on the screen, and they move a lot faster. Even though the core experience is similar, the swarms and the numbers and the fact that it’s less tongue-in-cheek, more scary and more frantic, that will differentiate it.

If people come and give us those comparisons, well, that’s already a good sign. If we can get to the point where people are comparing us a game that’s sold more than 20 million copies or whatever it is, great. We’ll take it. [laughs] 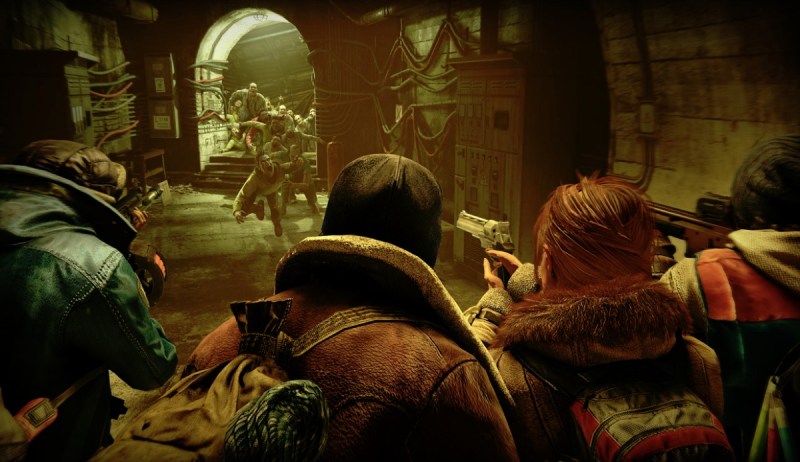 GamesBeat: On the story side, did you feel like you had to invest in that? Was some of that already there through the fiction?

Karch: Other than the universe, which is a post-apocalyptic type of world, we didn’t take much from the film. We took the design of the zombies, the way they move, and we took the realistic current-day setting. After that, we had the freedom to innovate.

The way our game works, it’s not a linear story. Each episode tells its own story, in the way that the book would tell stories, diary entries, about survivors in different parts of the world. Each level tells a story. The story is relatively simply told, because the focus is on the action. But we’ve certainly invested in creating mini-universes within the larger World War Z universe. As we continue to develop them, they’ll start to intersect with each other in interesting ways.

There certainly is a story component, but we don’t expect people are going to be coming into World War Z to be engrossed in a deep story. The story is more of a motivation for getting to the shooting. That’s the way we approached the game, because it makes sense for a four-player online co-op shooter to skip the expensive cinematics and focus on the mayhem.

GamesBeat: You know what you’re making.

Karch: Absolutely. You can only do a certain amount of things well. If you try to everything well you end up with everything average.