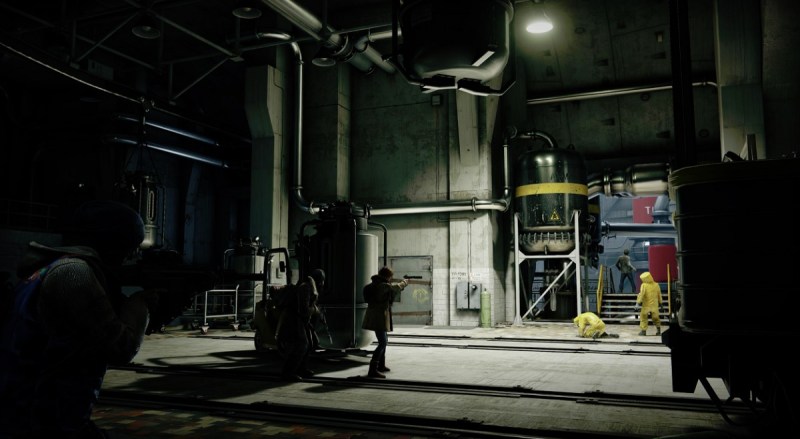 GamesBeat: Are there ways to lay traps for the zombies or hold them back for a while?

Karch: One of the conventions in the game, actually, is we have these scenes where you know a swarm is coming. You hear them in the distance. The game tells you they’re coming. Then you have to run around and scavenge and lay mines and barbed wire, set up turrets and fortify your defenses for what amounts to a big tower defense scene. We’ve definitely done that. It adds an element of strategy.

Every time you play it, the supplies are in different places. It’s kind of freaky, because you’re running around with two minutes left and you’re looking for barbed wire. It gives you a bit of a boost, but eventually they’ll get through that as well. We certainly added those elements to the game, because we wanted to give people more to do than simply shoot.

What we learned while we were working on the Halo games was, you do a few things and you do them really well. Halo’s shooting loop was one of the best ever. I don’t remember the exact quote, but there were 60-minute loops where you kept doing the same thing, and it was just fun. That’s our philosophy. Let’s create a really fun experience and do what we do well, not try to bite off more than we can chew. The three elements we have are the co-op, the shooting, and the strategic elements of trying to stay as fortified as possible. That’s how I’d break it down.

GamesBeat: What kind of feedback and reactions have you heard and incorporated?

Karch: A lot of the reaction has been — there’s a polarized community, book versus film. We saw that and we’ve taken it into account as much as we can by incorporating more of the book elements into it. As a bonus, we have the Lobo from the book, which is short for “lobotomizer,” a special kind of melee weapon we’re releasing. That’s going to be a bonus item for pre-orders. We have other story elements that we’ve borrowed from the book as well. Just the way we approach the telling of our story is book-oriented.

As far as gameplay, it’s been more about — people look at our videos and complain about how the animations don’t look final. We’re fixing that anyway, but we obviously take that feedback seriously and comb through those forums and try to find common themes that we can work on. I think we’ve done a good job so far. The way games are developed so far, it’s very much collaborative with the audience, because you really can respond to the feedback you get from things like trailers. We’ve tried to do that wherever possible. 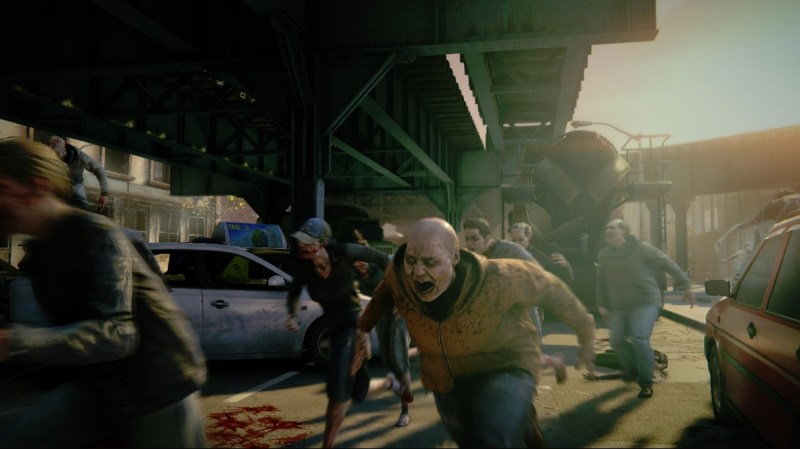 GamesBeat: What’s on the road map or the to-do list going forward?

Karch: We’re wrapping up. We’re going into polish mode. Obviously we’re going to try to get a beta out the door so we can get a small number of people playing and make sure the network code is as solid as we hope it is. We’re going to continue to iterate and develop until the day we ship. That’s the way games are made now. You put a version in a box and then you keep working, so you have that day one title update to make the game as perfect as it can be. But you need that lead time.

The team is super excited about it. Internally at Saber I’ve been fighting to be on this project, because everyone can smell a winner, I think. Everyone wants to be part of it. It’s a fun to play. We have a big enough studio to have tons of internal play sessions and people are really enjoying it.

GamesBeat: You’re exclusive to the Epic store on PC. What was appealing about that for you?

Karch: First of all, a general statement about Epic — Epic is a developer first and foremost. They’ve always been a developer. They’re one of the companies that Saber has aspired to be since we founded the company 18 years ago. In spite of, or maybe thanks to their tremendous success with Fortnite, they continue to be developer-centric, which I love about these guys.

The Epic game store is an incredibly powerful and disruptive force. Everyone, across the board, is charging 30 percent, and here comes Epic charging 12 percent. In fairness, Epic doesn’t quite have feature parity with Steam at the moment, which we didn’t need. But I believe they’ll have that in time, and it’s already having an impact. Epic is already forcing its more established competitors to rethink what they charge to developers for the services they provide.

In terms of us in particular, a partnership with Epic is just a smart move for us. It gives us tremendous viability. The platform may have less users overall, but it gives us access to the Fortnite fanbase and their influencers. It enables us to get in on the ground floor of something that has the potential to be huge. 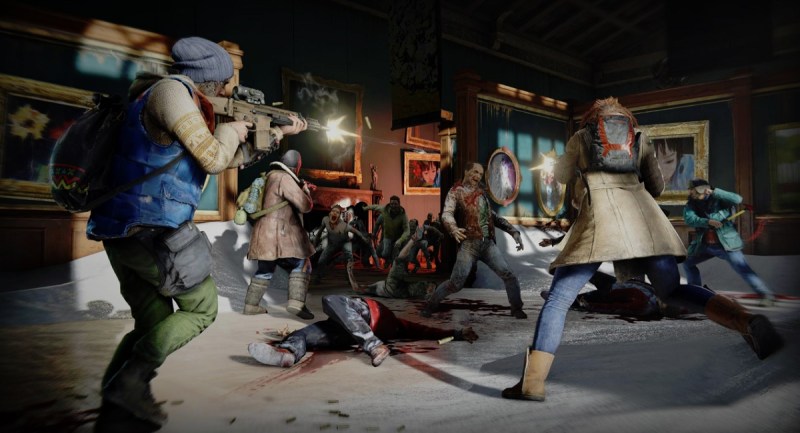 The difference between being on the Epic platform and being, say, a launch title on a new console is that, when you’re a launch title on a console, you have a very limited audience. You get the early adopters. In the case of the Epic store, we’re getting in on a new platform, but it’s on the PC. Everybody already has a PC. It’s just another avenue. We get the advantage in visibility of being on the new platform, but we also enjoy the benefits of having, what, 150 million people? I don’t know how many players Fortnite is up to at this point. They can’t even keep track.

We get that, and we get visibility of being a high profile title from one of the hottest game companies in the world right now. We see it as a positive. Are we going to lose out on some sales from people only want to be on Steam? Absolutely. We’ll lose some of that. But ultimately I think the trade-off for us is we’ll have a dedicated fanbase. We’ll be part of a smaller number of higher-profile, highly curated titles on a platform that has the potential to match Steam at some point in the future.

It’s a long answer, but the decision weighed heavily on us. We thought it was the right decision for us, for our company. We love the guys at Epic and we love the way they’re approaching things. We want to be part of something we consider to be disruptive in a positive way.