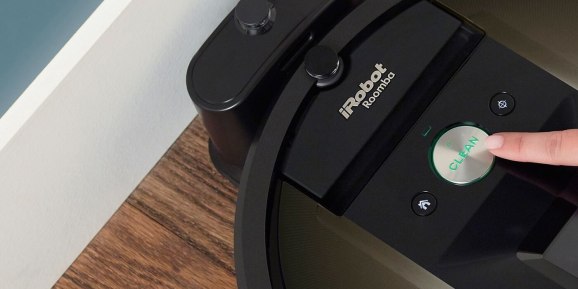 The best use for a Roomba this holiday season isn’t mopping up after a spirited Christmas Eve — if you’re a gamer, that is. This week, industry veteran Rich Whitehouse published a tool that can generate levels in id Software’s iconic first-person shooter, Doom, from real-life interiors mapped by iRobot’s autonomous vacuum. He christened it “Doomba,” a punny portmanteau of Doom and Roomba.

“I … realized that there was a clear opportunity to serve the Dark Lord by conceiving a plethora of unholy algorithms in service to one of the finest works ever created in his name,” Whitehouse wrote in a blog post.

So how’s the thing work, exactly? Well, robotic sweepers like Roombas employ simultaneous location and mapping (SLAM for short) to get a real-time sense of their surroundings. By combining data from proximity and vision sensors using a technique known as sensor fusion, they’re able to navigate around laundry, pets, and people with relative ease.

Roombas’ SLAM data is exposed on the local Wi-Fi network to which they’re connected. So Whitehouse created a plugin for Neosis — his freely available tool for previewing, processing, visualizing, and converting model, image, and animation formats — that enables Roomba owners to turn their vacuums’ mapped movements into Doom stages.

Doomba is highly customizable. Intrepid users can adjust variables pertaining to the number of players, enemies, ammo, decorations, and geometry generation, or swap out floor, ceiling, and wall texture lists. In fact, the Roomba is technically optional — Doomba is capable of converting any image file into a level.

Whitehouse warns, though, that it’s only been tested with data from a Roomba 980 — the Roomba he owns. And he says that the more advanced options could “cause things to break very badly” if they aren’t tweaked with care.

“I hope you get some fun out of this feature,” he added. “Some will say that it’s pointless, but I have faith in my heart that the Dark Lord will wipe these people from the face of the earth and trap them in a dimension of eternal hellfire. Their suffering will be legendary.”

Whitehouse isn’t the first to tap machine intelligence (AI) for Doom level generation. In May, researchers at the Politecnico di Milano in Italy described an AI system that drew on knowledge from over 9,000 Doom and Doom 2 levels to create stages that “captured [the] intrinsic structure of [handcrafted] Doom levels.”

Doomba is a bit less pragmatic, it’s safe to say. But there are definitely worse ways to spend the holiday season.