I played more games than I can remember in 2018. I didn’t finish as many as I would’ve liked, but it seemed like something new and cool hit the stores (and often, these are digital) every week: Celeste, Dead Cells, Return of the Obra Dinn, and man, many more. And then we’ve got those “live service” ongoing games like Path of Exile, Hearthstone, and good ol’ online RPGs such as World of Warcraft.

As I look back at 2018 and the games that stuck with me, I find a mix of new and old, of genres I don’t touch often and those I’ve been playing since the beginning. I see new characters and new worlds and realms that are almost as old as I am.  These are my favorite games of 2018, in no set order. My criteria for 2018 isn’t just games that debuted this year but ongoing works that I play often.

Here’s what I see, and I hope you’ve seen (and enjoyed) these as well. 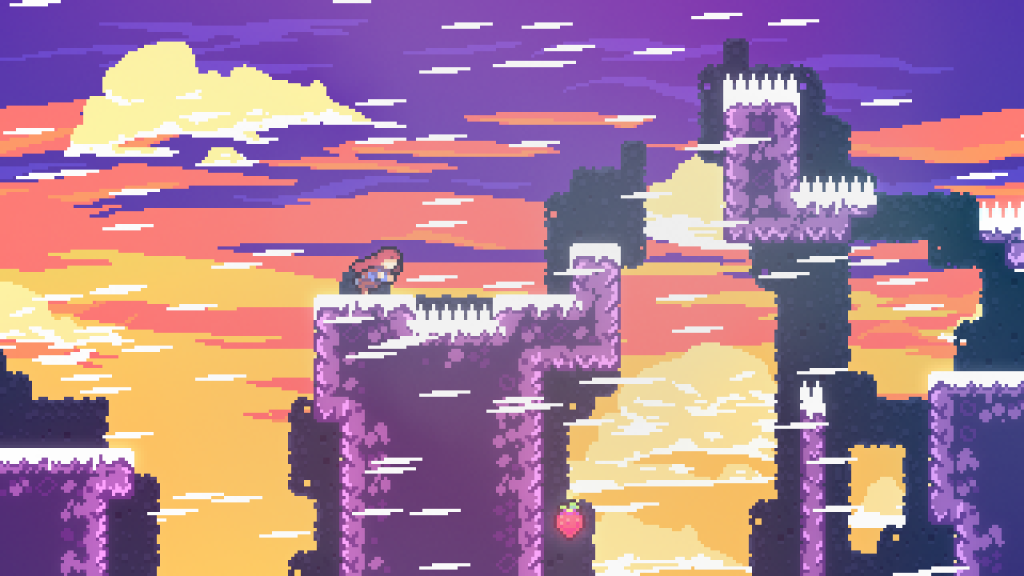 Above: You can see the Towerfall lineage in Celeste’s art.

Celeste might be better positioned to appeal to editors and writers than any game that came out in 2018: It’s about self-doubt and conquering your inner demons, something that just about everyone in journalism (and let’s face it, every walk of life) struggles with at some point. It’s brutal, too — and I got that raw sense of self-accomplishment from a platformer when I figured out how to dash in midair. It’s one of my favorite moments of 2018, and I found that sense of accomplishment carries over to every challenge you overcome in this special game. 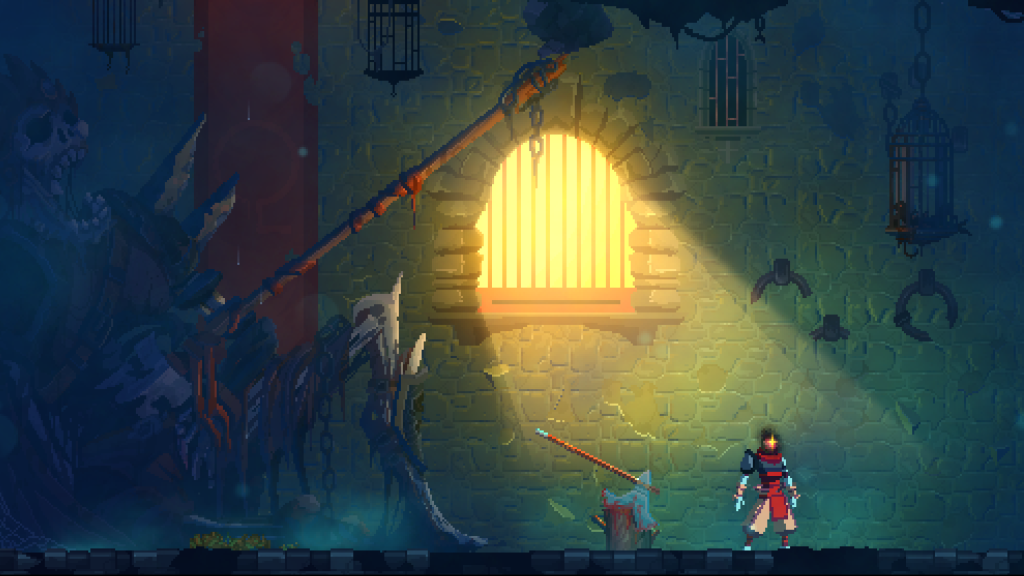 Dead Cells won me over the first time I played this roguelike. The controls are smooth, like the crooning of Barry White. Getting around its world feels like gliding over Jell-O. It’s full of choices and mystery, too. Should I try to run through this area to get through those timed doors? Oh, what does this new weapon do? It’s mood, its challenge, and its controls all succeed at pushing you to one more run, and that’s something few games do for me anymore. 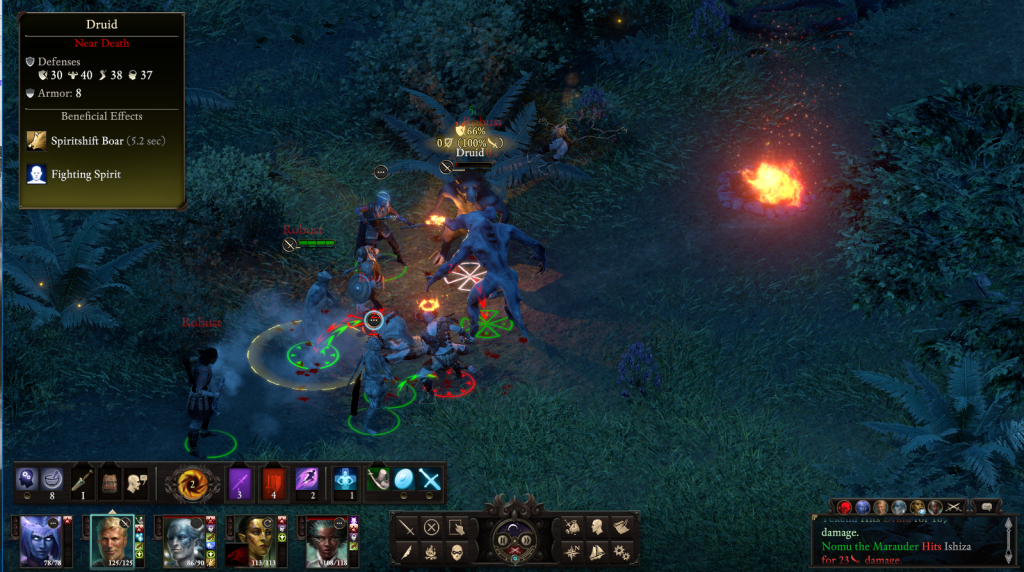 Above: Our druid’s wildshape is a shark.

This my favorite game of 2018. Is it the best game of 2018? I’m not sure. Few games, though, make me think about our world’s history as Obsidian’s best RPG since Star Wars: Knights of the Old Republic II. Sure, it deals with the gods and is one of the best pirate games out there, but it also looks at the effects of colonialism I’ve seen in an RPG. 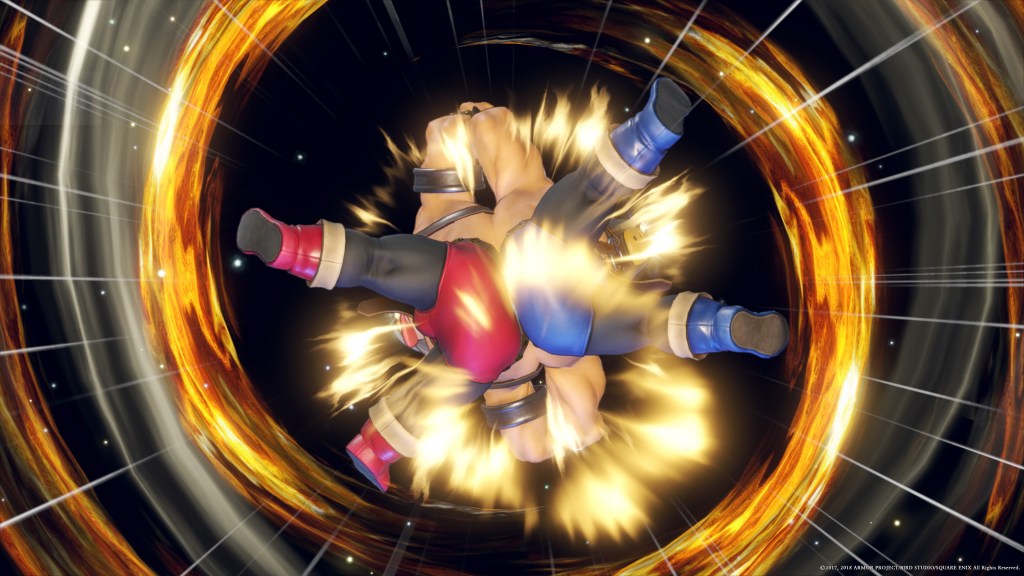 Above: This butt-slam is infamous in my house.

Oh, look, another refugee from my favorite RPGs of 2018! Yes, the world suffers a cataclysm, and monsters are terrorizing people everywhere. Yet the classic, cheerful Dragon Quest tone never disappears. 2018 has been a horrendous year on many levels, and having something that’s the RPG equivalent of a warm hug — and a really good game — helped me. I hoped it helped others a well. 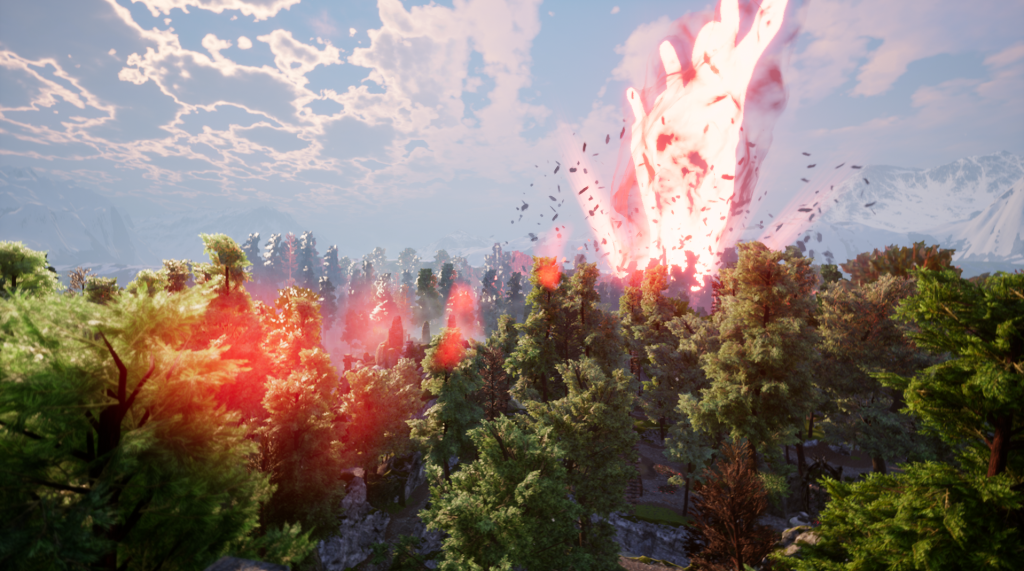 Above: Bards give you a big hand in combat.

The Bard’s Tale was my jam. I converted its spells to my Dungeons & Dragons campaign (turns out Mangar’s Mind Jab can be overpowered in 1st Edition AD&D). I tried to play the music — by ear — on my baritone saxophone. I backed this back when it hit Kickstarter in 2015, and when I got my review copy in September, I was pleased to see how well InXile adapted the classic world and gameplay for the modern RPG scene. It’s nice to see a game where music is part of the gameplay, where puzzles are just as important as combat. I hope other RPG studios pay attention. 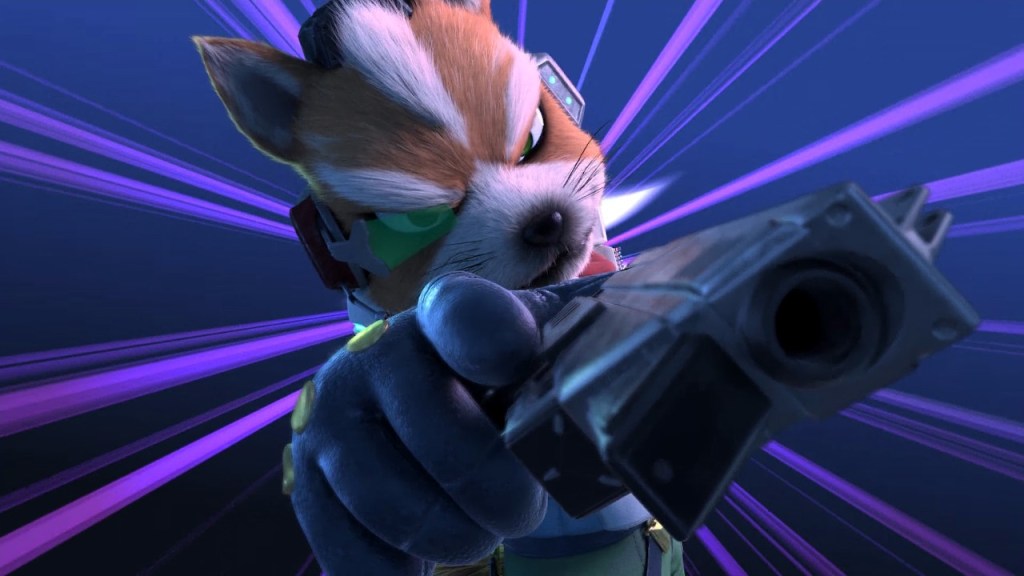 Above: Fox McCloud brings a twist to Starlink: Battle for Atlas’s campaign.

One of 2018’s highlights has been playing video games with my two sons, 8 and 6. The youngest has developed the manual dexterity to handle some of the more complicated button combinations on today’s controllers. But sometimes, they both just want to play with some cool toys. And that’s where Starlink comes in. It’s a good game — the best Starfox out there, really — and we enjoy trying the ship-pilot-weapon combinations, blasting enemies on the ground and in space, and scanning new lifeforms. We also enjoy flying around the house with the starfights, making “pew-pew” sounds and dogfighting in the living room.

As a kid, I built models. It didn’t matter what kind, as long as they had guns: warships, warplanes, and, of course, mechs. And I wasn’t stodgy about playing with them. These were no mere display pieces. I took other toys to make pieces of terrain, and adapted D&D rules to have glorious battles on my bedroom floor. And this has been my favorite video game adaptation of mech combat. The palace-like intrigue of an interstellar empire breaking up and noble families fighting one another for the pieces, though, aren’t quite what 9-year-old me had in mind (in my imagination, I had a humans against mutant cyborgs). 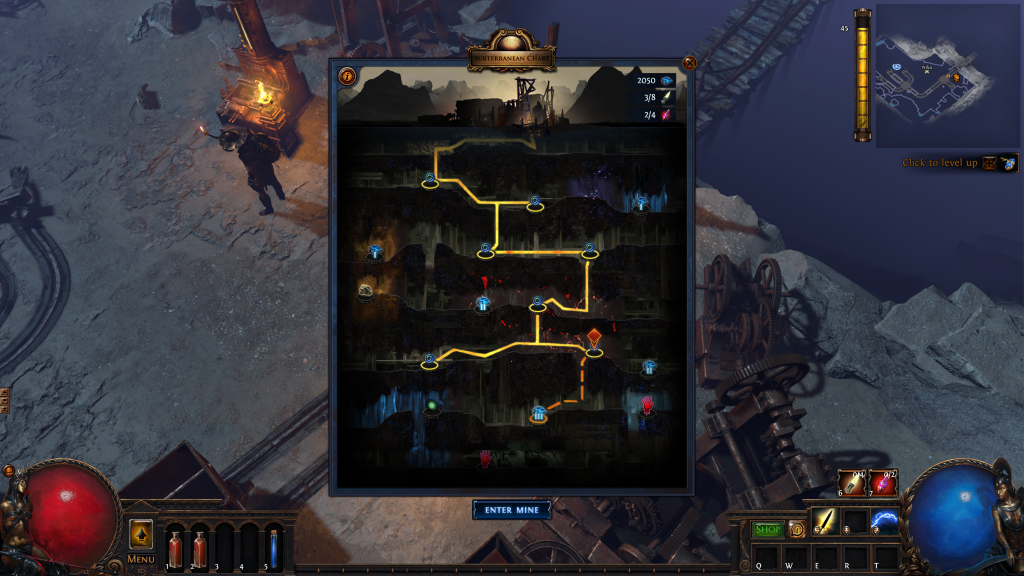 Above: The Delve awaits you!

Deep dungeons are one of my favorite aspects of fantasy role-playing games. D&D‘s Castle Greyhawk and Undermountain are two of my favorite dungeon delves, and Etrian Odyssey and Dragon’s Dogma showcase these deep halls at their finest in video games. The gang at Grinding Gear Games took a swing at the infinite dungeon with Delve, Path of Exile’s summer expansion. It challenges you to see how far you can go into this dark, dangerous mine. While I never got close enough to even bother checking the leaderboards, I had a blast seeing if I could go just a bit deeper with each run. 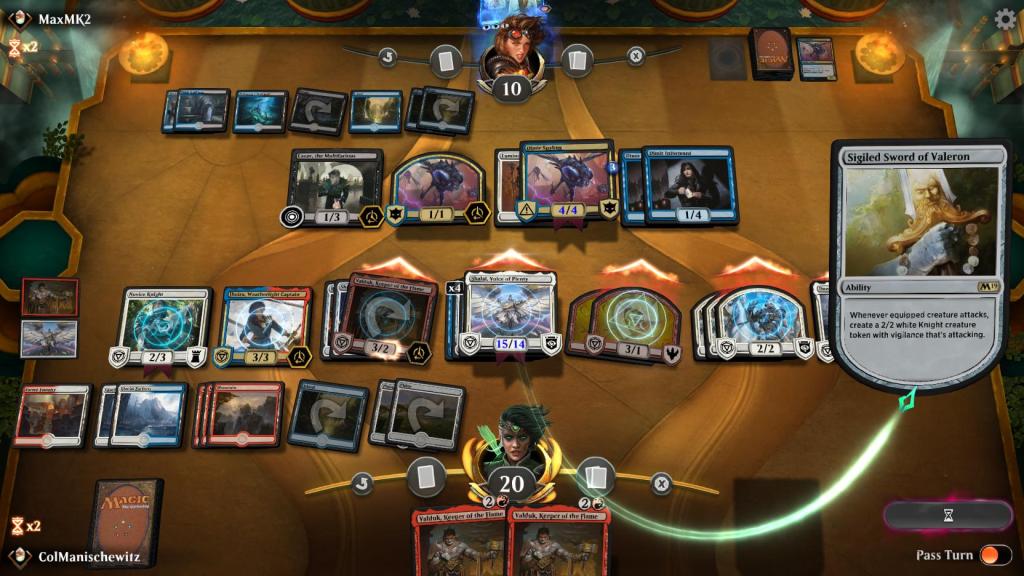 Above: Magic’s been around for decades. But I’m just getting into it now.

I have a lot more to say about Magic: The Gathering’s digital card game next week. Hearthstone has been my main card game or some time, and I still enjoy it and play it almost every day. But Magic has changed how I play card games, and I’m eager to take some downtime later this week to figure out how to make my Pirate and Artifacts deck work better than it does now.