1. The Hunger Games license will surface with 1,000-player battle royale 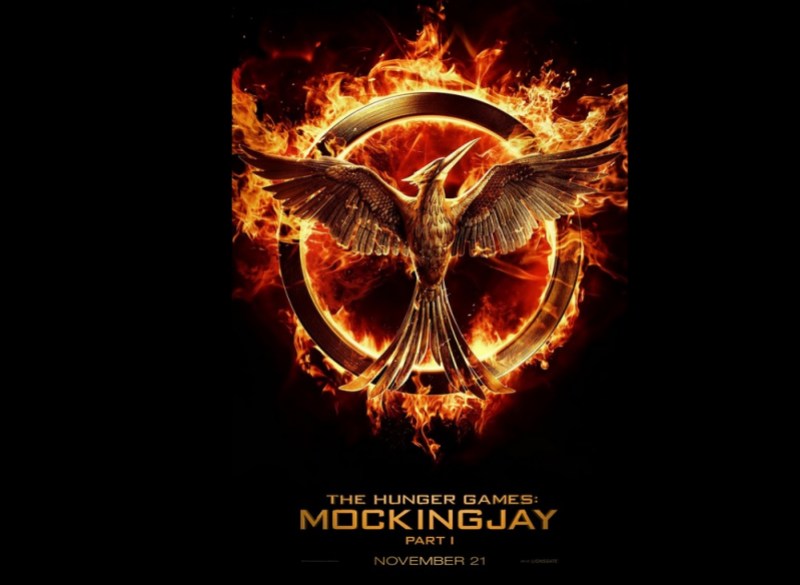 Above: Lionsgate makes movies like The Hunger Games series.

Here’s one of those predictions that I wish would happen, as opposed to I know it will happen. Somebody should do a video game based on The Hunger Games, which was the inspiration for the battle royale games like H1Z1 and PlayerUnknown’s Battlegrounds. The virtual-world sim company Improbable has already predicted that games based on its SpatialOS platform will enable more than 1,000 players in a single large map. Automaton is making a game called Mavericks: Proving Grounds, based on SpatialOS, where 1,000 players will be able to fight it out.

But for heaven’s sake: Someone has to make The Hunger Games so that it can assume its rightful place on the throne of the battle royale genre. This is an obvious idea, like taking Pokémon into location-based games such as Pokémon Go (a $2 billion game). Lionsgate owns the film property, and it has become active in video games. But so far it has only dipped its toe into the waters via mobile games based on the license. 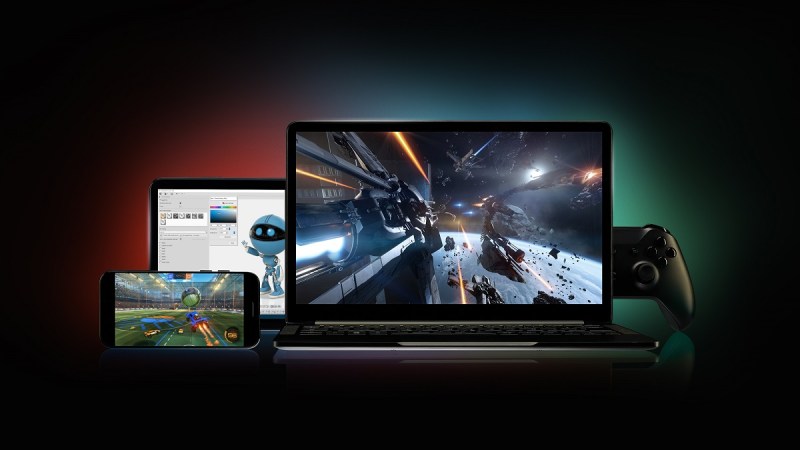 Above: Blade promises quality Shadow cloud gaming on any device.

When cloud gaming becomes cost-effective and reaches great quality, it will be a beast. The notion of streaming games from a data center to any screen, regardless of the processing power of the player’s machine, makes so much sense. Companies big (Google) and small (Blade) are working on the technology. Blade released its Shadow service at $35 a month, which is far higher than what most gamers will pay. And Google’s Project Stream makes Assassin’s Creed: Odyssey work via the cloud. No one has to download a game or put a disc in a machine. You’ll be able to switch from mobile to PC to console, playing the same game. It could be very disruptive. Yes, this strange beast slouches toward E3, waiting to be born. I’m also interested in Amazon’s version of this, and whether it relates to Jeff Bezos’ directive for his game developers to make games with “ridiculous computation.” Microsoft and Sony are talking up cloud gaming as well. With all of that activity, I have to believe someone will make a big splash in 2019. And maybe someone will get it right.

3. China will resume its growth in games 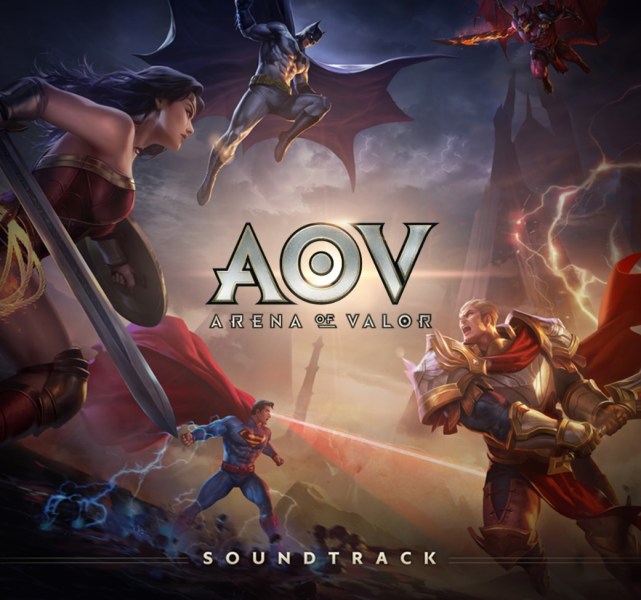 Above: Arena of Valor is the Western version of Tencent’s Honor of Kings.

China became the biggest market for games on the planet. Then the Chinese government stepped in. It put its foot down and stopped approving mobile game launches, as two agencies had to approve titles and one of them had to come up to speed. The move spooked investors, leading Tencent to lose half of its market value. That stalled some of the company’s lightning-fast moves to expand its gaming business in the West. But now the certifications have started again, and China could very well return to fast growth in 2019. It’s still a weak place for console games, but PC and mobile games, and a rising stock market, should help Chinese companies regain their position at the top of the global game industry.

Blockchain and cryptocurrency startups have a lot of bright ideas for improving video games. Robot Cache plans to use blockchain to create app stores that are more efficient and allow developers to keep more of the proceeds. High Fidelity hopes to enable cross-platform virtual reality games with the immutable ledger of blockchain networks. And CryptoKitties burst on the scene in December 2017 with the debut of its collectible cats. It let you buy and sell them, and some of the kitties started going for prices as high as $200,000. These companies are racing ahead with plans to get their blockchain technologies off the ground.

But these companies have had a haircut when it comes to valuation. Cryptocurrencies have seen a rise and fall when it comes to market prices. Regulators have also stepped in to slow down the funding of questionable cryptocurrencies. And it requires mainstream adoption for any currency to become useful, and that’s a big chicken-and-egg problem for blockchain gaming. If the big companies start adopting blockchain and crypto, it will have a chance to become embedded in the consciousness of consumers. But first, it will have to do something useful to them, and it must be fun. That hasn’t happened so far.

5. Esports will become a battle royale, with winners and losers 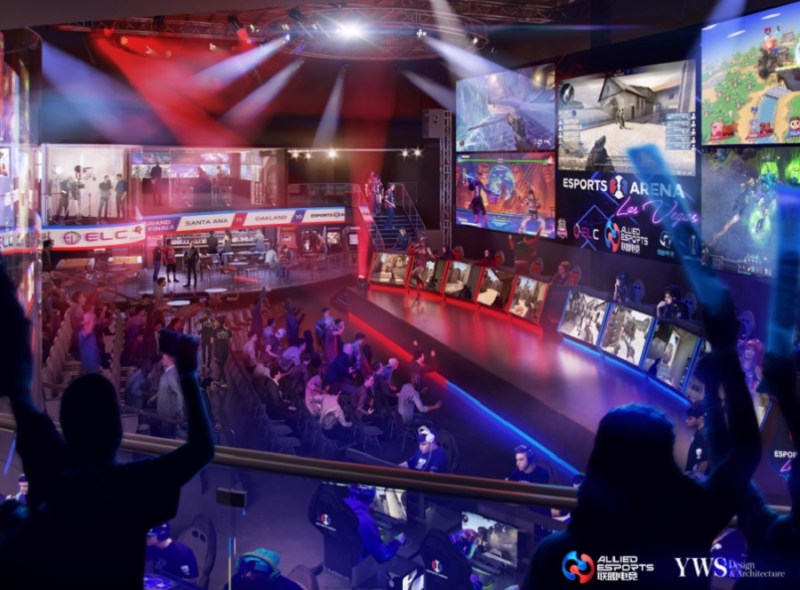 Above: Allied Esports, Esports Arena, and MGM are teaming up to building an esports arena in Las Vegas.

A rising tide of investment has been lifting the esports industry. Teams and tournament organizers are raising money. Venues for esports are rising in Las Vegas and elsewhere. Global esports revenues are expected grow 38 percent to $906 million in 2018 and further grow to $1.65 billion by 2021, according to a new annual report on esports by market researcher Newzoo.

But we should remember that virtual reality had the same kind of ebullience behind it, and it stalled. Esports could suffer some of the same problems, with a few companies succeeding and many failing. For instance, not every game will succeed. H1Z1’s esports league stopped in mid-season. Not every league will have a critical mass of spectators. And not every group of spectators will spend a lot of money related to the esports competitions. An impressive array of investors are pouring money into the esports gold rush. But it’s important to remember that it’s a gold rush, with all of the risks attached.

6. Gamers will think of new ways to play games and make money doing it. 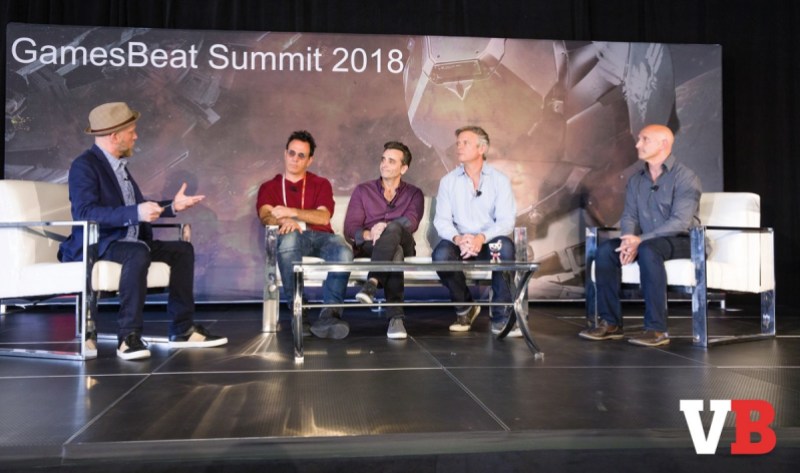 As I mentioned with last year’s prediction about the Leisure Economy, gamers are creating jobs and careers that didn’t exist a generation ago. I think they will continue to do so in the new year. They will create jobs with titles like “shoutcaster,” or become the video editor for an esports team, or make money training high school kids how to be better at esports. These people will become influencers and get rewarded for it, whether that reward comes as a paycheck or a cryptocurrency payment.

My hope is that a long tail of gamers will be able to make a living playing games, or doing something related to that. These “creator economy” jobs might have seemed crazy in the past, but now they’re more than a novelty. In the meantime, many people are predicting that artificial intelligence will wipe out many traditional jobs. So why don’t we just get paid to play games? I’m up for a life of leisure.