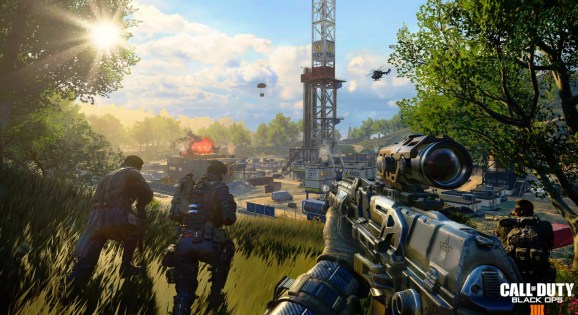 Activision Blizzard fell nearly 1 percent in after-hours trading today as the company filed a regulatory announcement saying that it plans to fire Spencer Neumann, the company’s chief financial officer. Activision Blizzard, the parent company whose divisions make the popular Overwatch and Call of Duty video games, did not specify the reason for the expected firing.

Such moves are rare, but they tend to affect stock prices, as any change in a company’s financial leadership is often cause for concern among investors.

The company said the firing for cause is “unrelated to the Company’s financial reporting or disclosure controls and procedures.” The filing also said that “Neumann has been placed on a paid leave of absence from the company pending an opportunity for him to demonstrate why cause does not exist to terminate his employment or why termination of his employment is not otherwise justified.”

During the past year, Activision Blizzard’s shares have fallen 26 percent. But it is still valued at $35.5 billion. Neumann joined Activision Blizzard in 2017, after serving at Disney. Dennis Durkin, the company’s chief corporate officer, will take on the CFO duties for now.

CNBC reported that Neumann, 48, received $9.47 million in total compensation in Activision Blizzard’s most recent fiscal year. We have asked the company for comment.