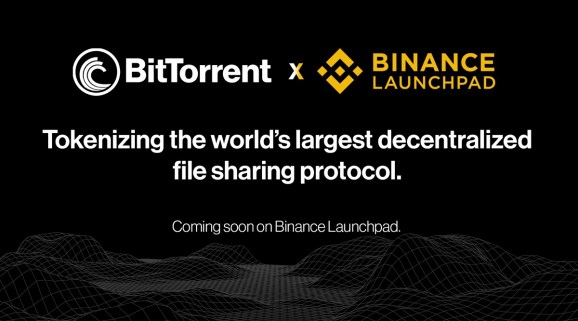 Tron is tokenizing BitTorrent with a new cryptocurrency.

BitTorrent, the file-sharing network for downloading all sorts of entertainment, was acquired by cryptocurrency firm Tron last August for $140 million in cash. Today, we’re seeing the next logical evolution, with BitTorrent announcing its own cryptocurrency token users can buy, sell, or trade to get faster download times.

It’s a big step in marrying peer-to-peer file sharing protocols with a blockchain-based decentralized cryptocurrency. The BitTorrent token is the first part of Tron founder Justin Sun’s vision for a decentralized internet. Tron’s aim in buying BitTorrent was to gain access to the network’s consumers, who could enable mass market adoption of cryptocurrency, according to Sun.

File-sharing technologies like BitTorrent rely on the computing power of hundreds of millions of computers on the internet. The new token will enable users of those computers to collect small rewards for allowing their computers to be used. In addition, users can spend the tokens to get faster downloads on the BitTorrent network.

Blockchain is a decentralized ledger that is transparent and secure. It can be used to create cryptocurrencies like the one that will be used to tokenize BitTorrent.

“BitTorrent token is the first in a series of steps to support a decentralized internet,” said Sun, who is also CEO of BitTorrent, in a statement. “In one giant leap, the BitTorrent client can introduce blockchain to hundreds of millions of users around the world and empower a new generation of content creators with the tools to distribute their content directly to others on the web.”

The BitTorrent token is compatible with TRC-10, the basis for Tron’s own cryptocurrency, dubbed TRX. It will be available exclusively to non-U.S. accounts on Binance Launchpad, the token sale platform by leading cryptocurrency exchange Binance. Lately, U.S. regulators have taken a dim view of cryptocurrency launches, known as initial coin offerings (ICOs). But a new BitTorrent Foundation in Singapore will govern management of the cryptocurrency.

“We created Launchpad to help entrepreneurs launch their best projects and bring more use cases to the industry,” said Binance CEO and founder Changpeng Zhao (CZ) in a statement. “BitTorrent is a decentralized project by nature, with a large user base, that is now adding a new token economy to their use case. Through Launchpad, BitTorrent will have greater access to resources across the Binance ecosystem. This will be a case study for existing projects.”

Launchpad helps blockchain startups raise the funds needed to develop their products and provides them with Binance’s advisory resources and access to its ecosystem as part of the company’s larger mission of furthering cryptocurrency adoption.

Tron and BitTorrent plan to provide more details about BitTorrent token and Project Atlas products at niTROn Summit, which will be held January 17 to 18 in San Francisco. San Francisco-based BitTorrent, founded in 2001, is the largest decentralized peer-to-peer network in the world, driving 22 percent of upstream traffic and 3 percent of downstream traffic on the global internet. With over 100 million active users, BitTorrent products have been installed on over 1 billion devices in over 138 countries worldwide.

Sun founded Tron in September 2017, and its protocol supports third-party applications, dubbed decentralized applications (DApps), in the Tron ecosystem. Those applications are now generating more than 3 million transactions a day. Tron recently said it will invest $100 million in blockchain games.