Nintendo’s mobile games made $348 million in 2018, according to market analysis firm Sensor Tower. The fourth quarter alone made $117 million, which was up 47 percent over the same period last year. This was thanks to the September launch Dragalia Lost, Nintendo’s first original IP for mobile. 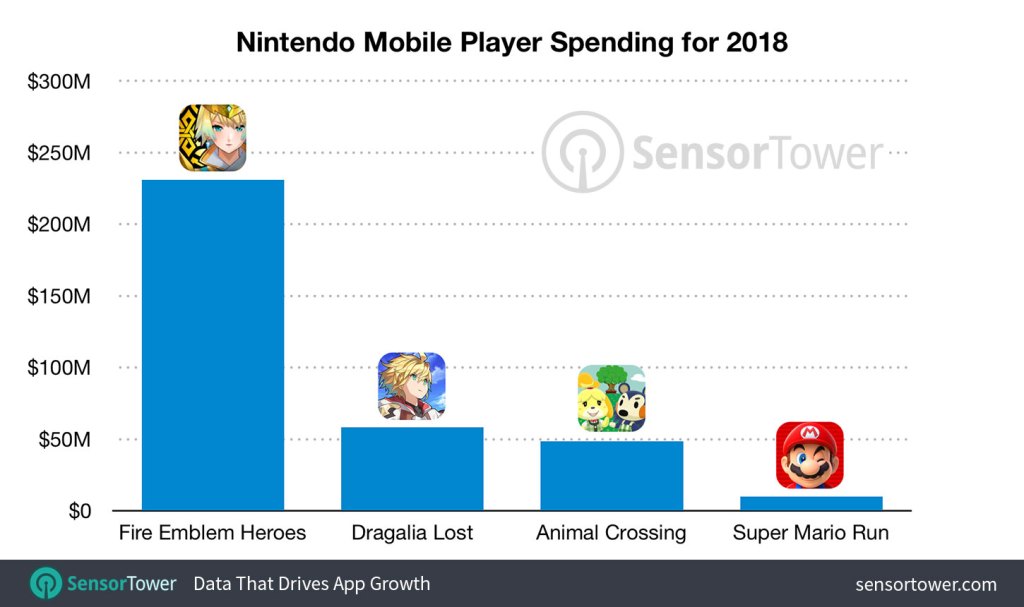 Dragalia Lost earned about $58.4 million. Sensor Tower notes that the mobile RPG is only available in five territories, while Fire Emblem: Heroes is available in 40. It was also available for a shorter period of time during the year.

Super Mario Run made a bit over $10 million. The premium app (the only non-free-to-play game of the bunch) debuted in September 2016, making it the oldest of Nintendo’s mobile games.