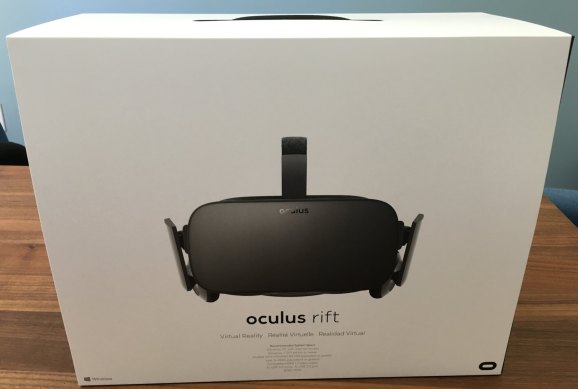 Amazon in the United States doesn’t look like it’ll have Oculus Rift in stock for a couple weeks, the website states, with a representative of Facebook’s Oculus telling us they are working now on “replenishing inventory across channels.”

Facebook’s Oculus Rift “saw strong demand over the holidays,” according to the company, though the headset is still currently “in stock on Oculus.com and Best Buy, among other retailers.” We’ve seen empty shelves too at Best Buy and slow shipping reported at other stores. We note also the gap in usage on Steam between Rift and Vive grew in December, with more people using Rift for Steam content than Vive and Vive Pro combined.

We initially saw reports of limited stock for Oculus Rift on Amazon in the United States and England — eyebrow-raising timing given a report of “Rift S” in the works from Facebook and the largest consumer electronics show (CES) of the year being held in Vegas next week. So we reached out to Facebook and confirmed the company is still planning to resupply stores with original Rifts for people to buy.

The outlook for new PC-based VR hardware in 2019 is still unclear, though we are expecting both Knuckles controllers and a new head-mounted display from Valve Corporation. There’s a long year ahead and we know Facebook is planning an enormous launch for Oculus Quest, its $400 standalone headset with Touch hand controls. It seems likely Facebook would wait until after that headset lands to reveal next steps for Oculus Rift, though of course we’ll bring you the latest throughout the year related to Facebook’s PC-based VR efforts.