Advanced Micro Devices is kicking off the year with a refresh of its mobile processor portfolio. At CES 2019, the big tech trade show in Las Vegas this week, the company is introducing new Ryzen, Athlon, and A-Series processors. The latter gets AMD into Chromebooks for the first time.

The chips are the latest to be based on AMD‘s Zen architecture, which promises 52 percent more performance per clock than the previous generation. They’re the most competitive AMD chips in a decade in terms of competition with market leader Intel.

The introduction comes in time for the keynote speech from AMD CEO Lisa Su on Wednesday morning. The processors target ultrathin, mainstream, and Chromebook laptops.

The meat of the lineup is the second-generation AMD Ryzen 3000 Series Mobile Processors. AMD is also releasing AMD Athlon 300 Series Mobile Processors with Zen cores and seventh-generation A-Series processors for mainstream Chromebooks. While they’re not gaming machines, these laptops can run games such as Rocket League, Dota 2, and Fortnite, said Robert Hallock, AMD senior technical marketing manager, in a press briefing. Rocket League can hit 87 frames per second on Ryzen 7 3700U at 1280 x 720 resolution on a laptop.

“Users expect mobile PCs that excel at both everyday tasks and compute-heavy experiences, and with our latest mobile processor portfolio AMD offers exactly that across all levels of the market,” said Saeid Moshkelani, senior vice president of Client Compute at AMD, in a statement. “Notebook users want to experience the latest modern features while streaming, gaming, or finishing work faster. Enabling breakthrough entertainment experiences, AMD is pleased to enable a wider range of AMD-powered notebooks than ever that deliver on those expectations with blazing fast performance, rich graphics, and long battery life.” 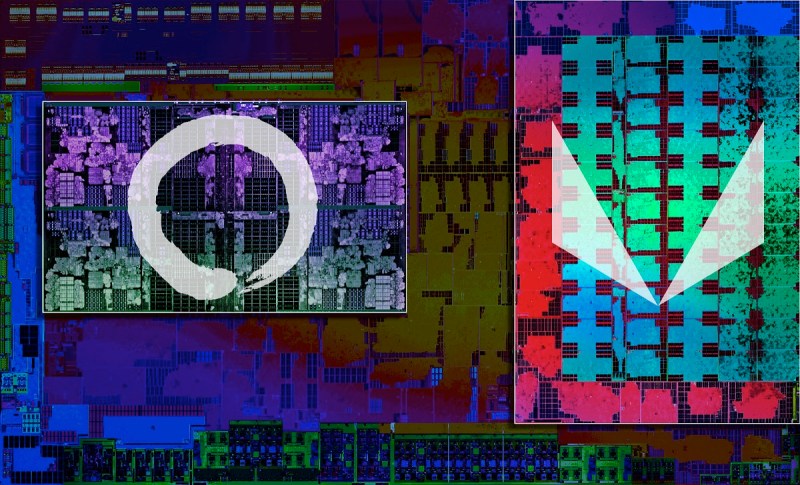 The AMD Ryzen 3000 Series Mobile processors are built on 12-nanometer manufacturing technology, and Hallock said the processors will have significant advantages compared to the competition.

Consumers will be able to buy laptops with the second-generation Ryzen Mobile chips in the first quarter. New notebooks will be coming from Acer, ASUS, Dell, HP, Huawei, Lenovo, and Samsung this year.

AMD is also offering Zen-based Athlon Mobile Processors that bring consumers more choice and enable mobile computing at nearly any budget. These are slated to be available from global computer makers in early 2019. The 7th Gen AMD A-Series processors will be the brains of Chromebooks, competing favorably with Intel’s Pentium N4200 and Celeron N3350.

“We are excited to offer AMD’s second-gen Ryzen Mobile and Radeon solutions in our mainstream Inspiron 5000 laptops and 2-in-1s in the coming months, giving our customers even more choice for their computing experiences,” said Ray Wah, senior vice president at Dell, in a statement. “AMD’s latest Ryzen mobile processors with Radeon Vega Graphics are expected to deliver multi-tasking performance users want, while also enabling the modern PC features they need.”