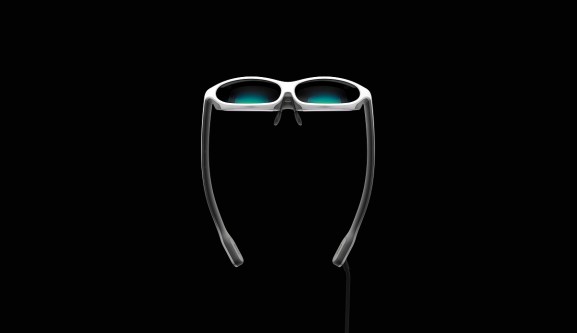 Nreal said it has raised $15 million and is unveiling its mixed reality (MR) smart glasses today at CES 2019, the big tech trade show in Las Vegas this week.

The company’s “ready-to-wear” mixed reality glasses are as lightweight as a pair of sunglasses and feature “stunning image quality,” said Chi Xu, CEO of Beijing-based Nreal, in an interview with VentureBeat.

Founded in January 2017, Nreal (which styles its name “nreal”) said it has created a consumer-focused design that favors comfort without sacrificing display quality. While competing products use a heavy goggle or helmet form factor with short battery lives, the Nreal Light weighs just 85 grams, or 3 ounces, only slightly heavier than a pair of sunglasses. They can be worn for hours at a time.

“We have a balance of good appearance and comfort,” said Xu.

The company said the Nreal Light enables accurate and realistic interactions between digital avatars and the real world, powered by its Simultaneous Localization and Mapping (SLAM) algorithm, and only two onboard cameras.

The Nreal Light claims its display has a 52-degree field of view, 1080p resolution for vivid 3D graphics, and low latency, which, when combined with spatial sound, voice interactions, and haptic-feedback controllers with up to 3 degrees of freedom (DoF), offers an immersive mixed reality experience. That’s pretty high-end compared to other augmented reality (AR) glasses on the market, but you do have the inconvenience of having to connect via a USB-C wire to an external computing pack. Most of the computing is done in the pack, Xu said.

Above: Nreal has raised $15 million for its AR glasses.

Nreal Light has interchangeable prescription lenses, multiple colors, and cross-platform compatibility. A universal USB-C port not only supports Nreal Light’s proprietary external computing pack, but it can also plug and play content from most USB-C compatible devices including smartphones and desktops.

The company is working with third-party vendors to create some demos, but for the most part Nreal is not making its own content, Xu said. Rather, it will create a software development kit that will make it easy to port AR software from other platforms, including ARKit and ARCore content, he said.

The Nreal Light’s external computing pack is powered by a Qualcomm Snapdragon 845 processor, but it is also cross-platform compatible with most USB-C devices, including smartphones and desktops.

The device also has integrated spatial sound and voice control. The 360-degree spatial sound augments the visuals with sound coming from dual speakers, while dual microphones offer control of your virtual environment through voice inputs.

“We’re greatly excited about the release of nreal, the world’s leading mixed reality glasses to be shipped to a high volume of customers, striking the right balance between convenience in size and a vividness of user experience that is consistent with the forefront of the industry,” said Zhang Hang, senior director at iQiyi, in a statement. “iQIYI is passionate about evolving the online entertainment experience into an art form. Mixed reality puts you in the middle of the action, giving content creators the ability to create much deeper visuals and create ultimate immersion. We at iQIYI believe the MR field holds great promise, and look forward to helping shape the future of entertainment with nreal.”

Nreal has 70 employees, and it is using its own technology. Over time, the company plans to add other technology such as a depth sensor, to detect gestures. Xu said the company hopes to ship in the second or third quarter at a price under $1,000.