Blueprint Reality has created a virtual reality broadcasting platform, MixCast, and the latest feature of it is a way for players to share their great moments in VR with others. The MixCast Moments be on display at Intel’s booth at CES 2019, the big tech trade show in Las Vegas this week.

The MixCast Moments feature lets players use Intel’s RealSense Depth Cameras to share what it’s like to be in another reality. This “social media storytelling” product makes it easy for VR arcade customers to get an instant 2D video of their VR experiences to share with friends, much like you can get a photo of yourself after you go on a rollercoaster ride at a theme park, said Tarrnie Williams, CEO of Vancouver, Canada-based Blueprint Reality, in an interview with GamesBeat.

“It’s like the difference between a regular mixed reality recording and a MixCast Moment is like pressing record and recording an hour-long children’s birthday party, or having two cameras shoot the party, having it edited, adding audio, and then getting a minute-and-a-half recording of the party,” Williams said.

At locations like VR arcades, VR game players can seamlessly create and capture their real-life selves from multiple camera angles inside their favorite VR gaming experiences. The process is completely automated and based on the player-driven, in-game experience, said Ben Sheftel, chief technology officer at Blueprint Reality, in an interview. 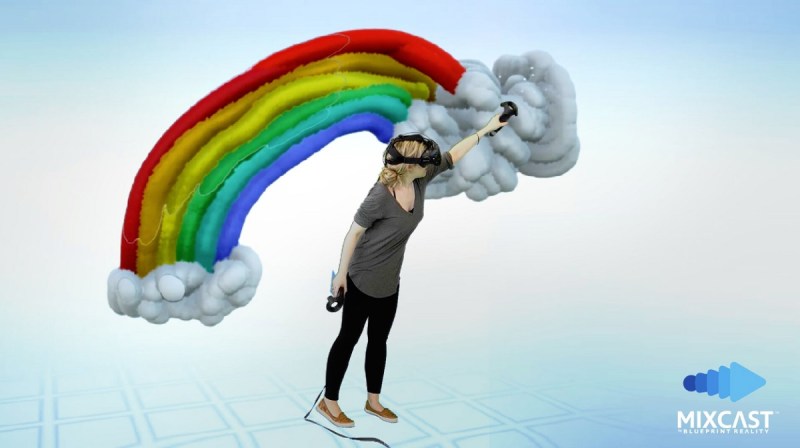 MixCast is optimized for Intel Core i7 and i9 Processors which allow for multithreading, Intel RealSense Depth Cameras, which are affordable, off-the-shelf cameras for green-screen free, mixed reality capture, and the Intel NUC, a mini PC with the power of a desktop which provides an immersive media experience and responsive interaction while consuming a small amount of power relative to a full-sized PC.

Williams said the company has created a turnkey system to enable VR arcade operators to easily adopt the system and generate MixCast Moments so they will be ready soon after someone finishes with a VR experience. Blueprint Reality has built the backend system to make it all happen.

“Right now, it’s very hard to market virtual reality, and it’s hard for someone to leave a VR experience with any social media proof of what they did,” Williams said. 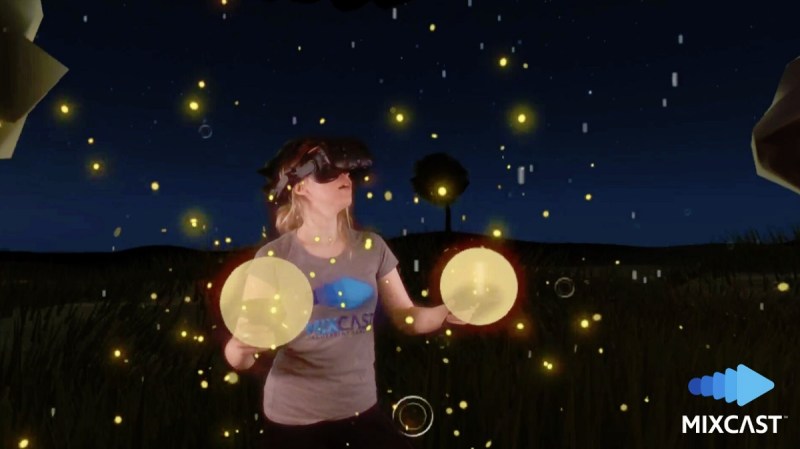 Founded in 2016 by Williams and Sheftel, Blueprint Reality is the creator of the MixCast platform, which pushed the boundaries of spatial computing, allowing anyone to create, capture and share their in-world virtual reality (VR), augmented reality (AR), and mixed reality (MR) experience via social, video and streaming platforms.

Virtual Reality experiences are notoriously difficult to share and communicate outside of the headset. MixCast solves that problem by helping people showcase experiences from inside VR with mixed reality. 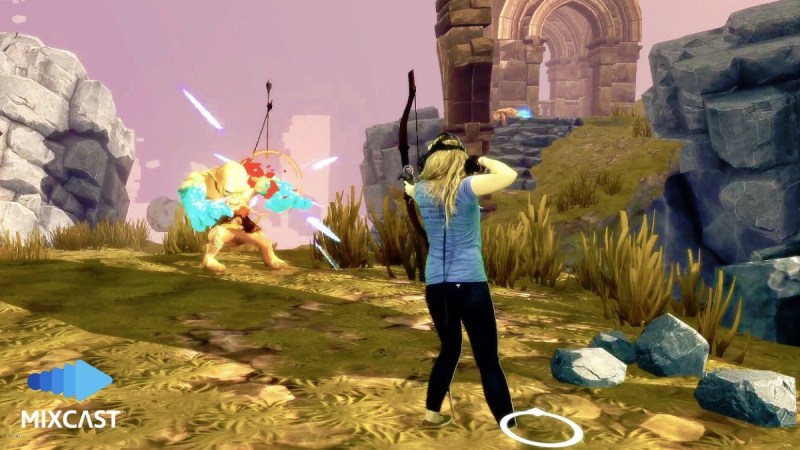 MixCast blends real people with virtual worlds to create compelling 2D content from VR applications in real-time, regardless of their surrounding environment. An audience can now overcome the isolation of VR by viewing a person immersed in VR on a television, monitor, projection screen, or mobile phone.

MixCast VR Photobooth is a business-to-business solution for location-based virtual reality experiences. It is compatible with HTC Vive, Oculus Rift, and all Windows Mixed Reality headsets. The company has 10 employees, and it has raised $2.2 million.