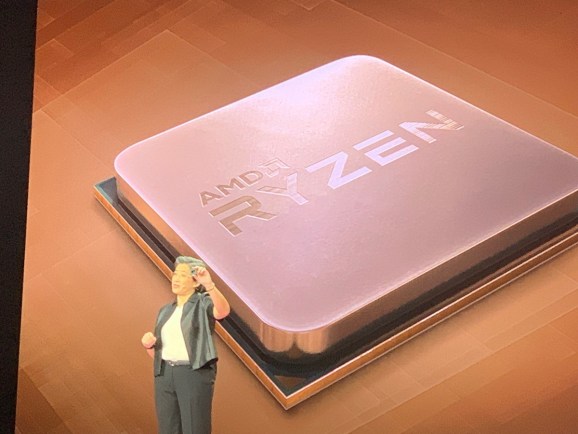 AMD showed that the new high-end consumer chip could run Microsoft’s Forza Horizon 4 at more than 100 frames per second at a high resolution. Su also showed a chip and said it will support the ultra-fast PCIE 4.0 standard.

The chip is based on a new version of the Zen architecture, which can handle 52 percent more performance per clock cycle compared to the previous generation.

The chip will debut in the middle of 2019, as will AMD’s new Epyc processor for servers.

“We are absolutely determined to drive technology forward,” Su said.