I’ve finally finished my trip to CES 2019, the big tech trade show in Las Vegas. I walked more than 32.9 miles to scout for the products that can capture my imagination and stand a chance at being best sellers. It’s partly a death march to try to cover 2.8 million square feet of space in five days, but I gave it my best shot at seeing as many of the 4,000 exhibitors as I could.

I was slowed by weariness. But luckily the giant Las Vegas Convention Center central and south halls didn’t have a power outage this year. And I came up with my list of the best of CES, and I hope you enjoy it.

I like how some of these ideas come from non-tech companies, like 182-year-old Procter & Gamble’s first appearance at the show ever. It reminded me of Carnival cruise lines, which gave a keynote at CES two years ago on its wearable for ocean cruises and how you could use it to order a drink and have it delivered to you anywhere on the ship.

This year, once again, we saw technology fade into the woodwork, and the woodwork came alive in a way that solved real problems. In many cases below, I can see larger trends and larger problems that can be solved by more than one company or more than one technology. Sometimes we fret about seeing a bunch of copycats at CES. But it’s good to remember that competition hones the leaders and makes them stronger.

I hope some of my picks surprise you, and I am delighted to say that I don’t feel I wasted my time at CES. I feel like I saw our future, just a little bit earlier than everyone else. 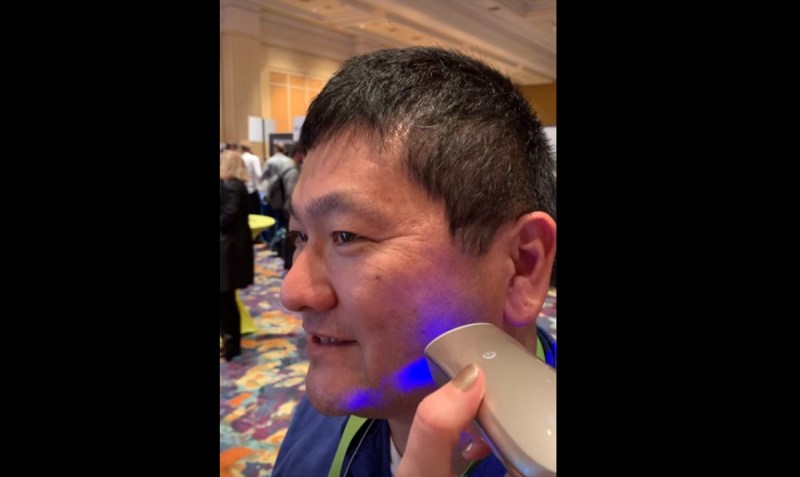 Above: Dean Takahashi gets the Opté treatment.

Procter & Gamble showed up at CES at with five innovative products, including the Opté Precision Skincare Wand. It scans your skin with a blue LED light to find your age spots. A microprocessor analyzes the age spots and customizes the serum instantly to apply to them. It uses inkjet technology to deposit the customized serum to cover each imperfection, careful to avoid putting the serum on non-blemished skin.

I played guinea pig, and a P&G person waved the wand over my face, magically covering up my age spots. It’s only temporary, and lasts about a day, akin to make-up. But the serum can help improve your skin over time.

It took 10 years of development and over 40 patents to bring it to market. P&G Ventures, a startup studio within P&G, created Opté, with proprietary algorithms and printing technology with skincare. It doesn’t use expensive lasers, lightening creams, or make-up. I’m waiting to see how much it will cost. Funai Electric provided the inkjet microfluidics technology used in the Opté. 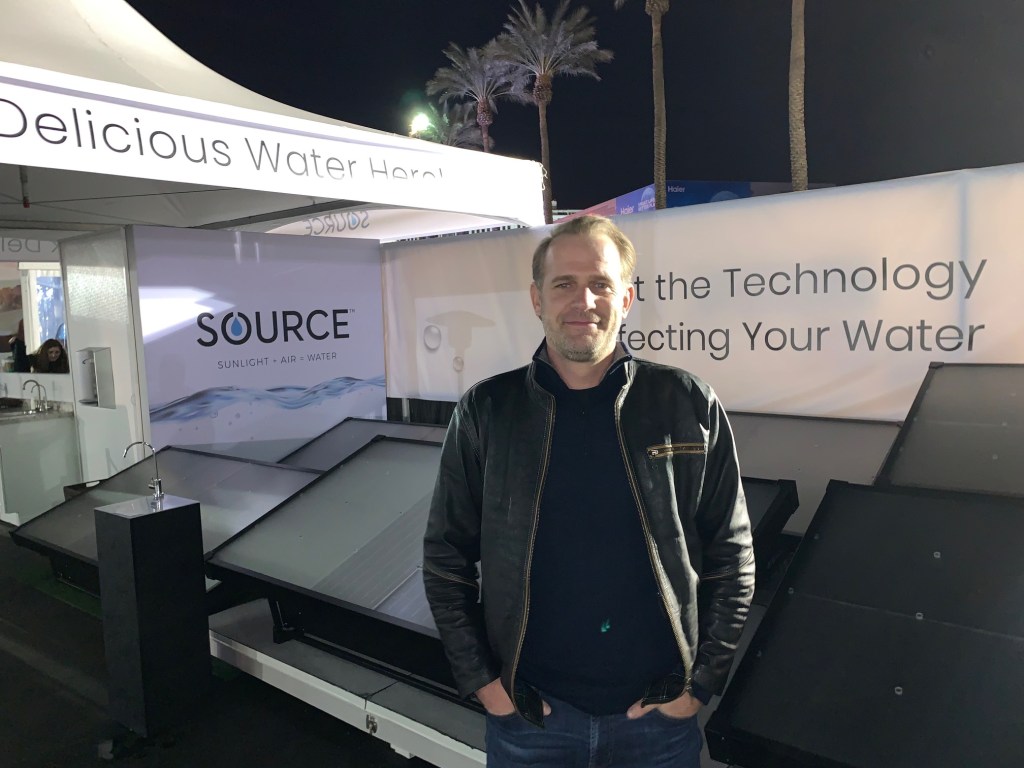 Above: Cody Friesen, CEO of Zero Mass Water, has Source panels that extract water from air.

Zero Mass Water is one of those companies that will change the world. Like something out of Frank Herbert’s classic science fiction novel Dune, Zero Mass Water has created the Source Hydropanel, which can extract water from air and electricity. It does so by using air and solar panels to create the right conditions to speed the process of condensing water from even arid air.

That is magic, as it requires no electrical input, pipes, or public utility infrastructure. It is a way of using the resources that are already in abundance around us — the water that exists in our air.

It is the brainchild of Cody Friesen, associate professor of materials science at Arizona State University. Friesen said his own home in Arizona now operates on a couple of Zero Mass Water’s Source Hydropanels, which produce more than 600 bottles of water a month, or more than enough for his family of four. And he lives in the dry air of Arizona.

Just think of what Zero Mass Water can do for impoverished people — whom Friesen calls the bottom billion — in desert climates around the world. Zero Mass Water came to CES 2019 with a new sensor suite, called Source Informed, that allows it to measure in real time how much water its panels are producing in the world. Used with the Source app, the sensors enable the panels to create the “perfect cup of water,” Friesen said. In the dry Las Vegas air, Friesen handed such a cup to me. And I drank it all in. 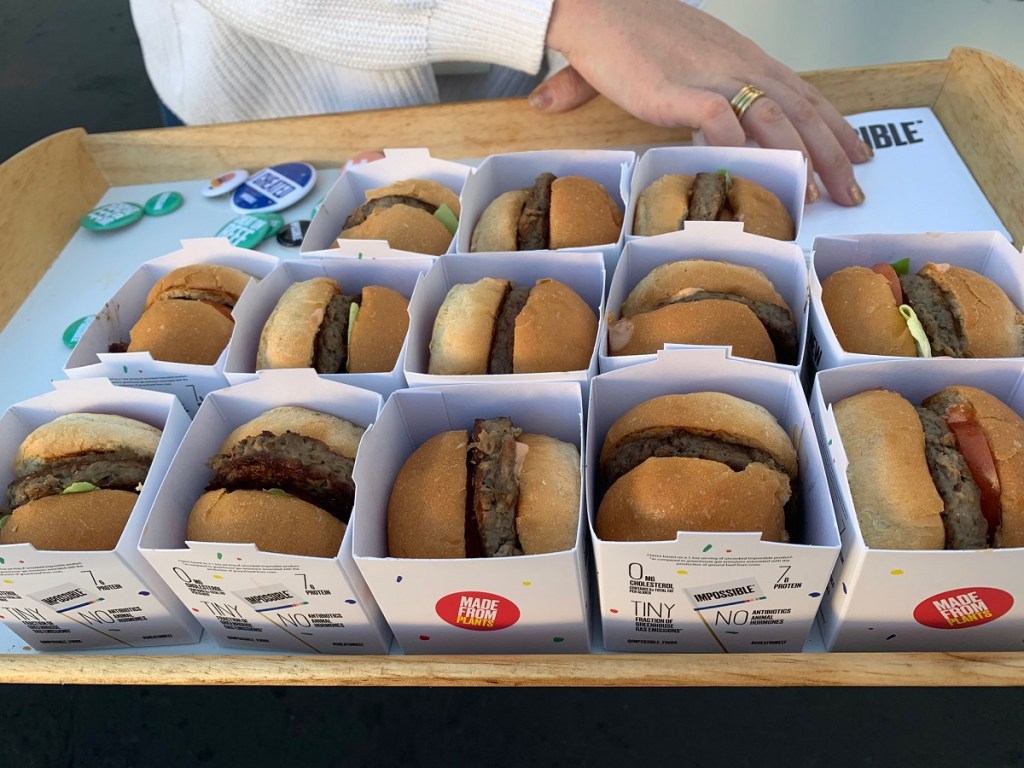 The Impossible Burger 2.0 is one of those things that seems … impossible. It is made from plants, with less saturated fat than a burger, no cholesterol, and now it is gluten-free. It tastes better than most veggie burgers because it is spiced with heme, an iron-containing molecule in blood that carries oxygen and is found in living organisms.

It was founded eight years ago by scientist Patrick Brown, a Stanford professor who felt that our habit of eating meat wasn’t sustainable. Brown figured out that if he could generate a lot of heme from plants, he could re-create the taste of animal meat.

“If you don’t have heme, you can’t create the authentic meaty smells and flavors of meat,” said David Lee, chief operating officer, in an interview with me at CES 2019.

With funding from Khosla Ventures, Brown started Impossible Foods in 2011. After five years, the company launched its Impossible Burger in restaurants, starting first with celebrity chefs.

He created the Impossible Burger about three years ago, and it is now in 5,000 locations and 49 states, Lee said. The company has about 30 patents on the technology. The company has raised $475 million, and the burger uses 95 percent less land and a quarter of the water of real meat.

But does it taste good? I ate an Impossible Burger 2.0. And it was great. And it makes perfect sense that this came from technology. The new burger will be in a bunch of burger chains by the end of the first week of February. 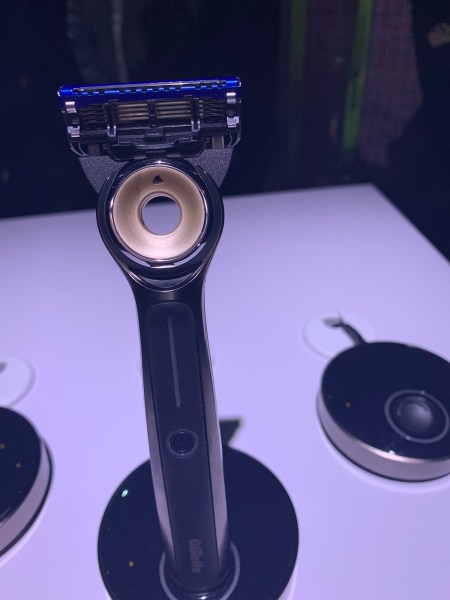 We always talk about the wisdom of the razor and razor blades business model. But who would have thought that you could innovate with a razor? P&G also came to its first CES with the Gillette heated razor.

This razor heats itself so you can enjoy a shave with a warm, comfortable blade. It has four heat sensors that continuously heat the razor but are smart enough to shut it down if the heat gets too high. I felt it and it was surprisingly warm, even though it looks like any other fancy metal razor. It charges wirelessly in its magnetic charging dock, and it’s waterproof so you can shave in the shower.

It doesn’t result in a closer shave, but it does make you feel pampered, like a visit to a barber. The heat ranges from 113 degrees Farenheit to 122 degrees. You press a button to heat the razor in less than a second. I’m not sure how much I’d pay for this, but it sure makes a dumb device into a smart one. 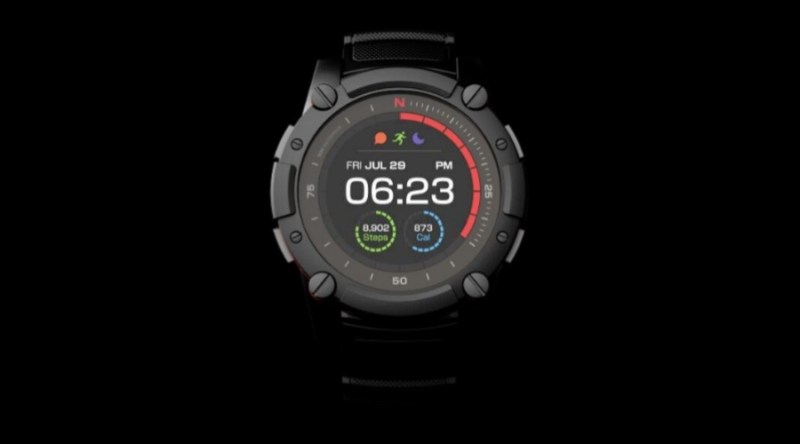 Matrix Industries came up with a clever smartwatch in 2017 that used body heat as its power source. But it lacked the gee-whiz graphics that users wanted and still had to be charged once in a while, and so the company came back to CES 2019 with the PowerWatch 2, which never needs a charge.

The new PowerWatch 2 gathers additional energy from solar power, which all but erases the fear of running out of battery power. The idea came from materials scientists who wanted to change the way we harvest and use previously wasted energy.

The solar cell brings an increase in power, allowing the PowerWatch 2 to come standard with a completely new set of functions, including features like built-in intelligent heart rate monitoring capabilities, a full-color display, and onboard GPS, said Matrix Industries CEO Akram Boukai, in an interview with VentureBeat.

PowerWatch 2 introduces the first full-color LCD display powered by thermoelectric and solar energy, as well as always-on GPS so you can map out your run, hike, or ride. It allows you to leave your smartphone at home. The body heat charging is the big idea. Matrix Industries engineered its advanced thermoelectric generators to operate with extreme efficiency. It created more efficient conversion circuitry to power the electronics and charge the internal battery.

The new watch is expected to debut in June. It costs $200 for early bird preorders, and $500 at retail.