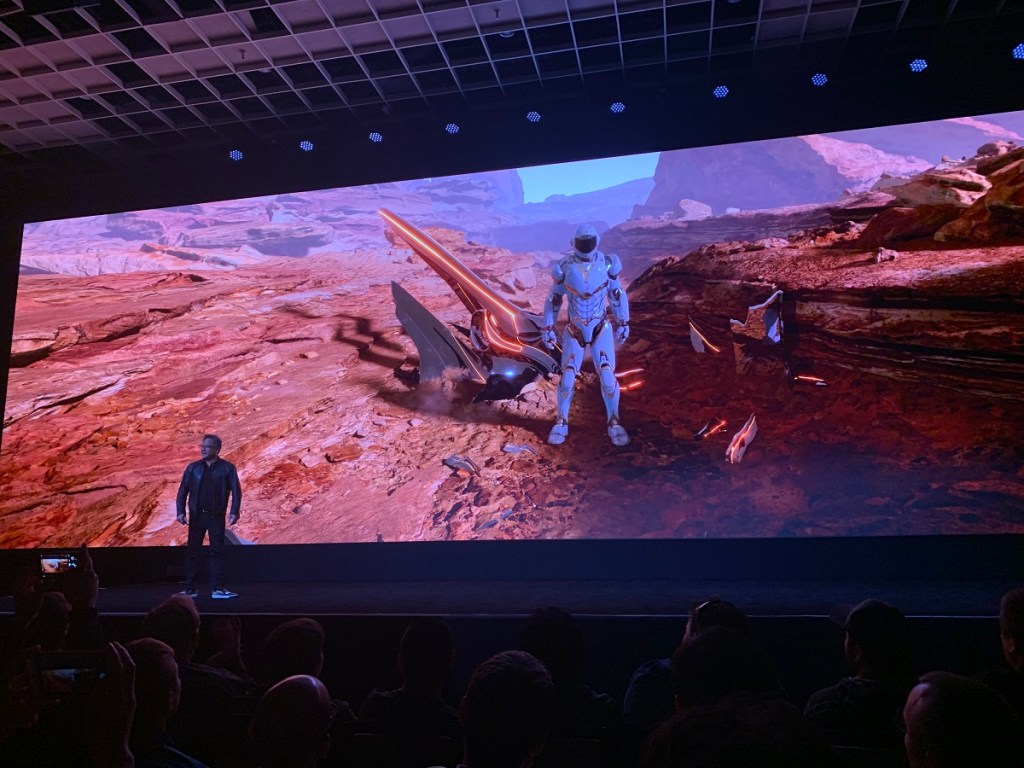 Nvidia got a fair amount of grief last fall when it released its expensive Nvidia RTX 2080 Ti and 2080 graphics cards with a feature called real-time ray tracing. Jensen Huang, CEO of Nvidia, heralded the RTX as the future of gaming and 3D graphics, but only Battlefield V — and belatedly so — took advantage of the feature, which enables amazingly complex lighting, shadows, and reflections. Hypothetically, this will be valuable some day as more games use it. But it also brought performance to a crawl.

But Nvidia soldiered on and it launched the GeForce RTX 2060 at the much more reasonable $350 price at CES 2019. It begins shipping next week, and it has a feature — DLSS, or deep learning super sampling — which uses artificial intelligence to sharpen images and speed the frame rate. The RTX 2060 is 60 percent faster on current titles than the prior-generation GTX 1060, NVIDIA’s most popular GPU, and beats the gameplay of the GeForce GTX 1070 Ti.

Games like Battlefield V, Justice, and Nvidia’s own demos show how spectacular the real-time ray tracing graphics can look.

More than 40 gaming laptops are launching this year with RTX graphics and Nvidia’s Max-Q technology. In that sense, the RTX is enabling a whole new generation of innovative laptops and gaming desktops. Nvidia’s Huang said lots of real-time ray tracing games are coming. AMD has its own rival graphics chip coming, but it doesn’t dive into real-time ray tracing just yet.

I’m not sure how expensive it is or how useful either. But the 65-inch LG OLED TV R is an amazing piece of technology. The screen rolls up or down from a base.

When the screen is down, or all rolled up inside the base, the TV screen isn’t visible at all. You can use the base to listen to music, as the base is a Dolby Atmos front-firing soundbar. You can watch it in Line View, with the screen partially unrolled, so you can do things like set the clock. And you can watch it in full view. It works with voice commands via Amazon Alexa, with support for Apple AirPlay 2 and HomeKit.

But the screen emerges from the base, and it’s pretty razor thin. As the screen edge ascends, the screen itself unrolls, rising up to the top so you can watch your shows. LG didn’t say how much it costs.

The models in the video come separately. 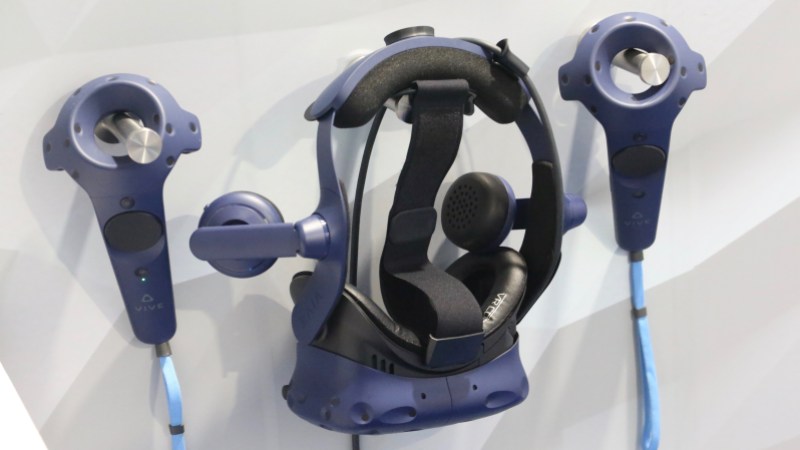 HTC’s latest high-end virtual reality headset is the HTC Vive Pro Eye, which comes with integrated eye-tracking from Tobii. This adds a few benefits to the VR experience, as the headset’s camera can now track where you are looking in a VR game or application.

Eye-tracking gives the developer a good clue of where the user’s attention is focused, and that makes it good for analyzing an enterprise training session. It also tells a game developer whether a player is looking in the right place. Eye tracking also enables foveated rendering, which saves on graphics processing capability. With foveated rendering, the hardware only fully renders what you’re looking at, and it leaves the rest of a scene blurry. That enables more efficient rendering, lowers power consumption, and enables better overall performance.

I tried it out and it was very easy to set up, thanks to Tobii’s years of experience in setting up eye-tracking on other devices like the PC. In a demo dubbed MLB Home Run Derby, eye-tracking was used to enable the player to quickly select menu settings just by looking at them. I also became a pilot in Lockheed Martin’s Prepar3D flight simulator, where I used my eyes to complete tasks in a fighter cockpit by looking at them. I ultimately fired some missiles by looking at a target.

This addition will make the Vive headset more expensive, but it also makes it more versatile and useful. I look forward to more applications that use this new feature, which puts VR back on the improvement treadmill on its way to the mass market. The Vive Pro Eye is expected to come out in the second quarter of 2019. But I saw a nice line at Tobii’s booth for people waiting to try it out. 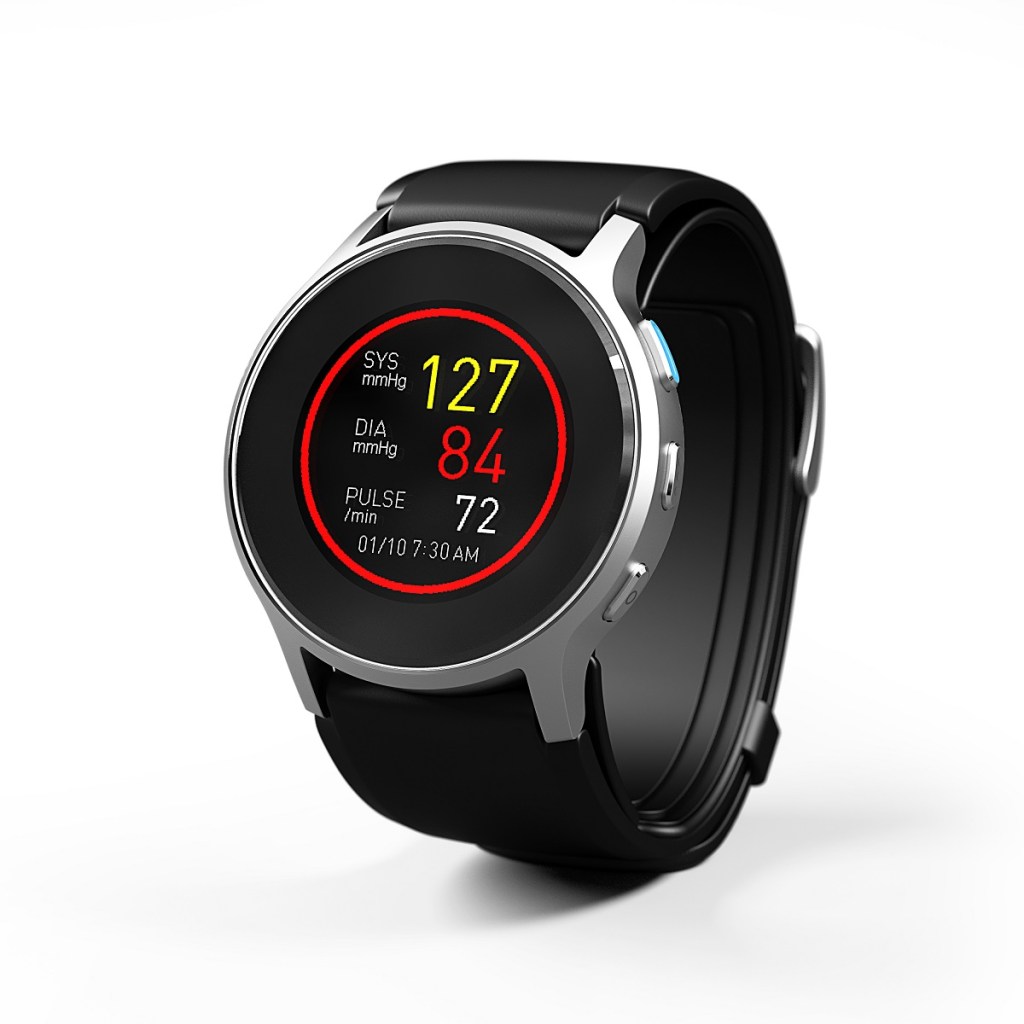 This year, Omron is finally shipping it, starting next week, for $500. It’s more expensive than I would like it to be, but that speaks to the value it is delivering. Its battery can last for days, though it depends on how many times you take your blood pressure. You can also use it to track fitness, monitor your sleep, and get notifications.

The Japanese company has also created a digital platform to track and store heart health data and easily share it with your physician. Many companies have shied away from adding such a feature to heart rate monitors because of concerns about regulatory approval. But Omron has received approval.

It has an inflatable band inside the wristband. It can periodically inflate and then capture your blood pressure at different times in the day. It can do so in your sleep, as irregular blood pressure during rest can be an indicator of a serious health issue. (Omron also had a wonderful robot that played table tennis at its booth.) 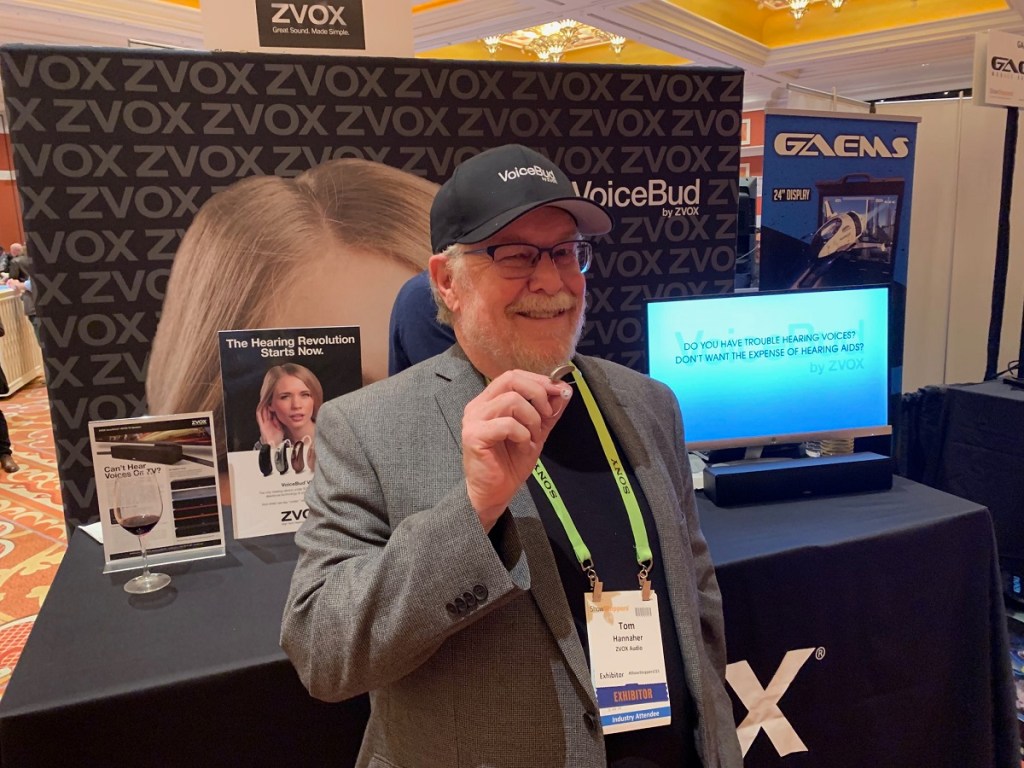 Above: Tom Hannaher is founder of Zvox Audio.

Hearing aids are in need of disruption. My mother paid nearly $5,000 for her latest pair from Hearwell, and we had to visit an audiologist to get them. Senator Elizabeth Warren (D-Massachusetts) was able to pass a bill that could make hearing aids cheaper and much easier to buy, and Zvox Audio is waiting in the wings to offer $300 over-the-counter devices that it, for now, calls VoiceBuds.

These devices have two microphones that enable better hearing, noise cancellation for noisy places like restaurants, and a VoiceBud app that you can use to control volume, listening modes, and check on the battery status. These features are often found in devices that cost more than $600. It also has a way to turn down the sound before really loud noises reach the user’s ears.

This product was one of many that, to my pleasant surprise, was targeted at making life better for older people. 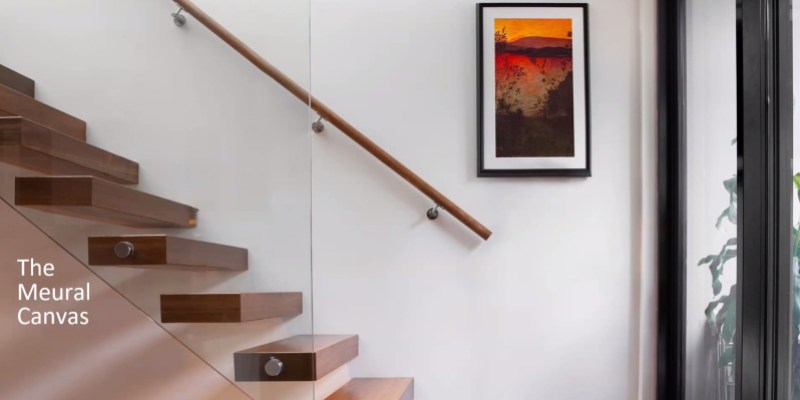