Alex Cho took over as president of HP Personal Systems about six months ago, becoming the head of one of the largest PC businesses in the world. HP took the No. 1 spot in 2017. In 2018, depending on who you ask, the company was either No. 1 or No. 2.

While the PC market shrank in the past year, HP sold nearly 60 million computers, and Cho said in an interview with VentureBeat that he’s impressed with the innovation happening in PCs, whether it’s the leather-bound Spectre Folio laptop case or the privacy screens on new all-in-ones or monitors.

He believes the PC is what people use when they want to get serious work done, or are very focused on a task. Cho said he is impressed with the growth of gaming PCs, where the HP Omen brand still has some pretty strong cred with gamers. He said that users want more personalization and creativity. That’s why HP launched its latest Z by HP workstations and its Sprout line of educational computers, which are experiments in new markets for the PC.

I talked with him about HP’s lineup of new products at CES 2019, the big tech trade show in Las Vegas this week, as well as his thoughts on the future of computing. If he’s right, we’ll be logging into the internet with our 5G modems, playing immersive experiences in VR, and indulging in esports and livestreaming. 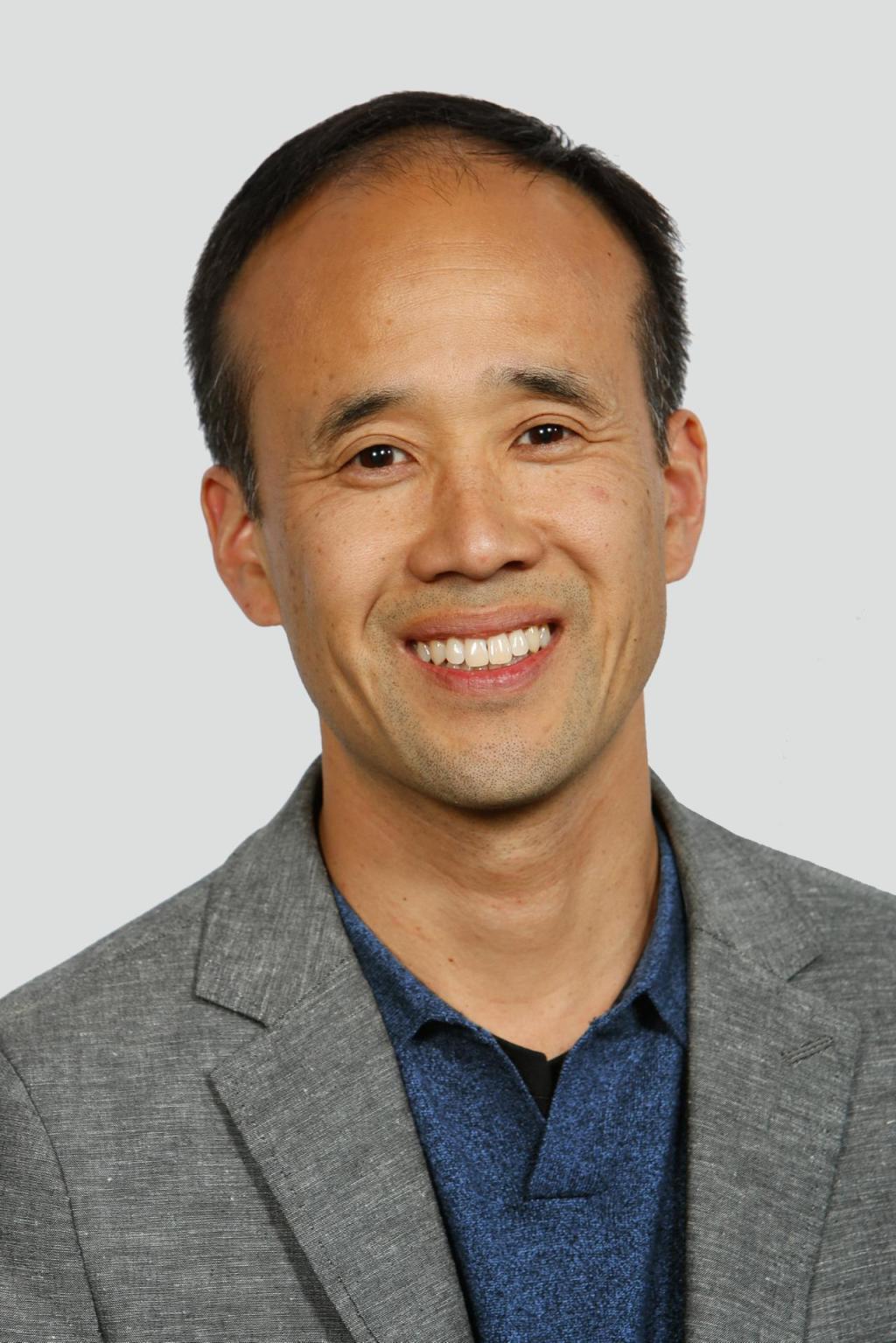 Above: Alex Cho is president of HP Personal Systems.

VentureBeat: You’ve been president of this division for six months now. What are some of your observations about that first six months?

Alex Cho: I’d say first is, I didn’t capture as much previously, but now that I see the scope of the work being done in our division, there’s just a ton of innovation being worked at multiple stages of maturity across different businesses. Getting that far deeper view of all that at once is pretty exciting. Far more than I’d expected. That closer look has been a very welcome one.

I’m very energized by what I’ve seen, in the short and long term. Obviously the business is very dynamic. We’ve always looked at different types of market effects. We’ve always dealt with headwinds. The ability of the division to deal with that from end to end, I’ve been very impressed by that.

VentureBeat: What’s your basic view of the PC business overall, in the context of so many other devices that exist these days? Next to smartphones and IOT devices and all that, why is the PC still something interesting to focus on?

Cho: There’s been a lot of innovation in the PC space, adjacent to a lot of other categories in the market right now. What you see around PC that’s driving a lot of energy is different use cases. In consumer, think about the growth of gaming. It’s propelling a lot of PC-based innovation and experiences. Think about what’s happening with people what are doing in conference rooms with PC-based conferencing systems, another driver that’s very much PC-oriented.

I feel like there’s a lot more innovation happening in PC than there’s ever been, whether it’s around things like design, or security. Security is becoming very important as computing becomes more pervasive. We’re enabling different types of performance use cases. On top of the just the core innovation, we also see new innovations around mobility, including shifting toward 5G. We also see a lot of growth around everything as a service. I’ve been pleasantly surprised by that extending to the PC space. That gives us a great opportunity, through all the analytics and AI we’re building around how these devices are used and managed, to offer new value for our customers.

VentureBeat: I remember in late 2017 you guys had moved into the number one spot, according to the market researchers. Are you still there? Where do you stand now?  [Gartner says Lenovo was No. 1 in 2018, while IDC said HP was No. 1].

Cho: We’ve always stated that we’re focused on our own thing. We’re not chasing share for share’s sake. We’re focused on growing profitable share. I’m very pleased that that’s materialized, both in terms of customer value as well as growing the business. In this past year we grew very well. We’re growing in the areas that we choose to play.

As we go forward, we see that growing in premium, as an example, is a space we’ll continue to work. We gained more than three points of premium market share in the past two years. We’re now probably one of the fastest-growing premium vendors out there. We’ve built an exciting gaming ecosystem. As I said, gaming is fueling a lot of innovation in the space.

VentureBeat: Are you talking about gaming machines, or Spectres, in that space? What qualifies as premium?

Cho: We define that based on price point. Roughly speaking, that’s $999 and above. Our higher-end gaming systems would be captured in that. But we also have a lot of growth in non-gaming premium consumer devices, like Spectre, where there’s been great response to the innovations we’ve introduced in that line. We continue to play that game. There’s no change in that. We’re excited about what that’s meant in terms of innovation for our customers, and what it’s meant in being able to grow the business and improve profit. We’re also very much interested in our net promoter scores and ensuring that customers being our north star is where we’re delivering, quarter after quarter.

VentureBeat: I’m fairly excited about 5G, but more so on a laptop than anything else. I’d love to be able to not worry about my connection speed. It’s a basic improvement in productivity for me. How do you feel about how it’s coming along, or how quickly it’s coming?

You’re right that basic productivity, being able to continue what you’ll be able to do in a more connected location–there’s a lot of office productivity, things like video conferencing or video downloading. We also see a lot of use cases that are dependent on security. People connecting to public wi-fi are still a source of security vulnerabilities. That’s an important use case we have to solve. The other element to it for us is the ability to be connected wherever you go, and to have instant access to content in a more rapid manner. We’re focused on not just connectivity speed, but access. As we look at experiences and use cases, we’re focused on delivering them across our systems. 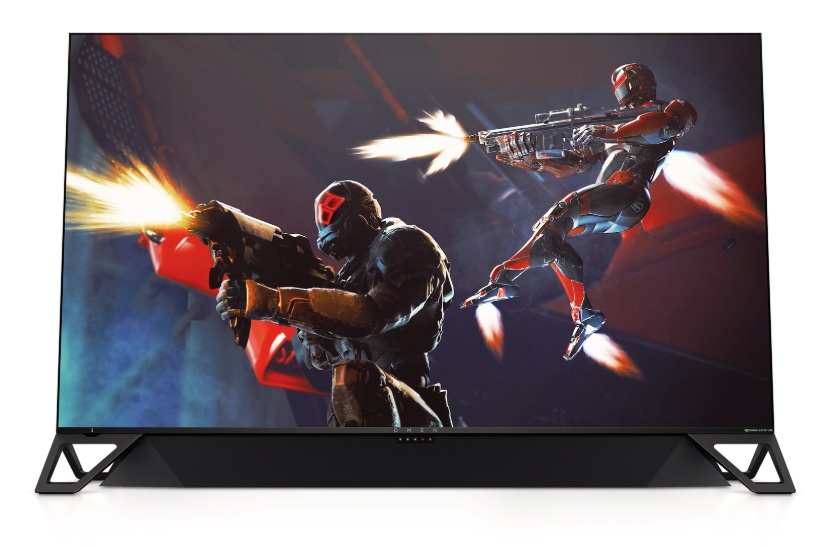 Above: Omen X 65 Emperium with Soundbar

VentureBeat: As far as gaming, what do you think HP’s focus or strategy is or should be? I tend to see something like Dell’s Alienware as the big brand in the space. You guys had Voodoo, but haven’t always kept that focused on gaming. How serious an effort is gaming for you?

Cho: Gaming is a very serious effort. Let me give you the reason why, and then what we’re doing. First, the PC market, in terms of hardware alone, is reaching about $41 billion. More important, esports and gaming is becoming far more mainstream. When you look at how gaming has evolved, it used to be more around males, teenagers, somewhat of a solitary activity. Now it’s transforming. It’s far more social. The demographics are far more diverse. It’s becoming something that you do across multiple devices as well.

We have data that says almost 11 billion hours will be spent watching esports. By 2020, by next year, esports will overtake the NBA and some other popular sports that we know of in traditional environments. It’s growing like crazy. From our side, we’re pleased with our progress. For us, gaming was a small activity a few years ago. Now we’ve gained a lot of share. We’ve gained more than 12 points. We see ourselves continuing to focus not only on great devices — you need a lot of performance capabilities to deliver that — but also the need to deliver immersive experiences as well.

As you’ve seen, we’ll be introducing our Omen X Imperium 65 sound bar. That gives you a very immersive experience out there. We’re enabling the world’s first gaming laptop with the fastest refresh display rate, 240Hz. We’re putting a lot around the immersive experience. In the future, we see a lot more room for gaming services as well. We’re making progress. I’m very pleased. It’s one of our fastest-growing areas, and we see a lot more as we go forward.

To give you one data point that I was surprised when I saw it earlier, when we introduced our Omen 15 gaming laptop on JD.com, we sold the first 9000 units in 20 minutes. There’s a huge amount of demand and excitement around the work the Omen team has been doing.

VentureBeat: When you choose to go into promoting or marketing or sponsoring some of these things, what might rise up to your level as far as what you want HP to do? Like the Omen brand on some of the esports tournaments. Is there a particular marketing context behind that?

Cho: I don’t know if you’re asking about gaming or more generally, but let me speak about gaming first. It will also be the case for our other areas, but gaming is an area that we’ve chosen to prioritize, for the reasons I mentioned. It’s something we pursue across the traditional four Ps. We need not only great products, but also a promotional element, and the placement activities—when the teams pull together our strategies and what they review, they review a full four-P strategy against them.

On gaming itself, part of the traction we’ve made in the area of how we’ve been successful is not only looking at the products, but the right types of sponsorships we might do, whether it’s with League of Legends or—we were at TwitchCon just a few months ago, where we had a gaming event as part of the convention. It’s definitely part of the overall gaming strategy. It’s part of what’s made it exciting, part of what’s helped it move along. The teams review that as a part of their overall strategy in how to grow the category and grow our presence within it. That would be similar in our other initiatives as well, looking at a full four-P approach across any of them.

We were talking about League of Legends. I don’t know if you know this, but when you search now for “LoL” on Google, laughing out loud isn’t necessarily the top results. Sometimes you’ll see League of Legends, crazily enough. Gaming is hot.