Question: What do you think about Intel’s efforts in AI, as well as their effort to get into graphics in 2020?

We respect Intel a great deal. We work with Intel. You guys don’t see it, because our collaboration is obviously very deep. We build servers together. We build laptops together. We build a lot of things together. The two companies are coordinating and working with each other all the time. There’s a lot less competition between us than there is collaboration. We have to be respectful of the work that they do.

Question: There have been incidents of vandalism targeting autonomous car test fleets. Do you have any comment on that?

Huang: You should ask the people that vandalized them.

Question: But you also have a test fleet.

Huang: Our test fleets always have people inside. We’ve never experienced any vandalism, partly because I think the Nvidia brand is really loved. People love our brand.

Question: Is that a serious answer?

Question: Can we get an update on cloud gaming efforts and where you see us on the road to true streaming of video games? There’s a lot going on out there with Microsoft, Intel, Google….

Huang: Stop. There’s a lot of efforts out there, starting with Nvidia.

Question: Convince me, then.

Huang: Convince you? What do you want? Who’s operating a service right now?

Question: And how is it going?

Huang: It’s fantastic. We have hundreds of thousands of concurrent users. Our strategy is ongoing. First of all, if your question is, “How long before streaming can be as good as a PC?” the answer is never. The reason for that is because there’s one problem we haven’t figured out how to solve, and that’s the speed of light. When you’re playing esports, you need the response in a few milliseconds, not a few hundred milliseconds. It’s a fundamental problem. It’s just the laws of physics.

However, we believe in it so much that we’ve been working on this for a decade. Our strategy is this: we believe PC gaming is here to stay. We believe everyone will at least need a PC, because apparently knowledge is still important. You can’t do everything on TV. You can’t live with TV online. But you could live with a PC alone. PCs are used by young people all over the world. It’s their first computing device, or maybe second after a mobile device. Between those two devices, those are the essential computing platforms for society. We believe that’s here to stay.

Our strategy is very different. There are other strategies around streaming games, like Netflix or something like that. I think that’s terrific. The more expansive the gaming market is, the better. It will never replace the PC. 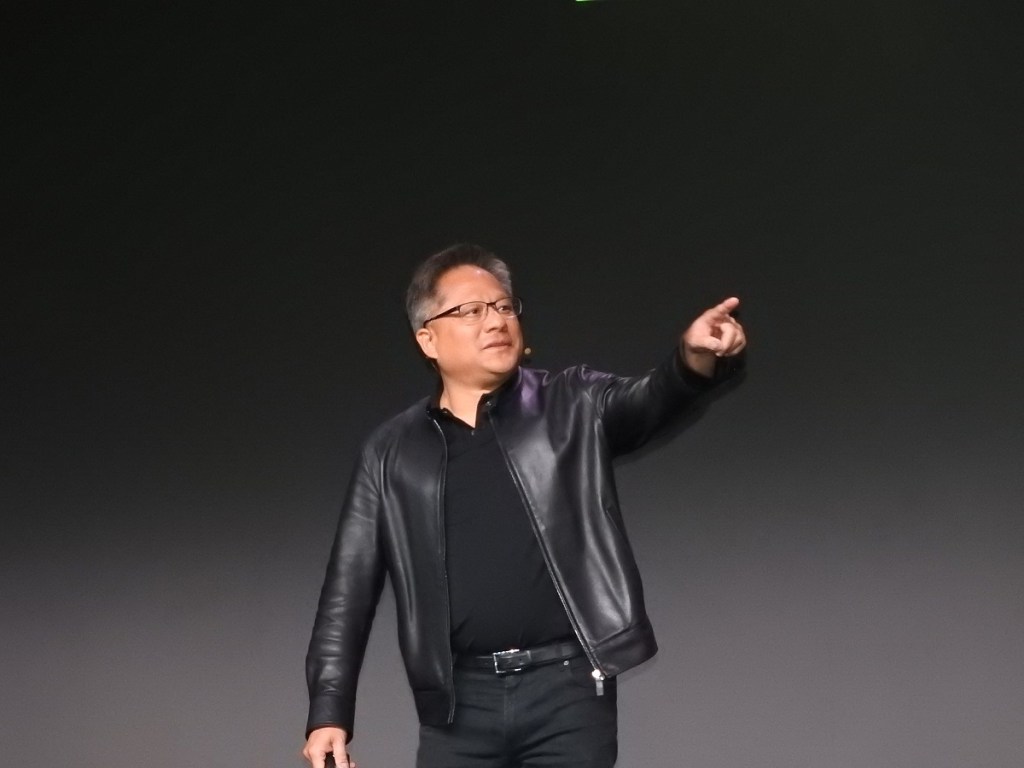 Question: Are you going to take DLSS to broader adoption in the industry?

Huang: The answer is yes. The way we’ve done it, it’s in several ways. We do it by writing papers about it. We’re taking our knowledge of AI and publishing it. It’s a great way to spread knowledge on AI.

Question: DLSS is still its own network, its own model.

Huang: It’s a product manifestation of the technology we’ve described. It won’t help unless the network is optimized. It’s not super helpful otherwise. But the technology is helpful for everyone.

Question: You mentioned your cloud business and the data center. Can you talk more about what’s happening there?

Huang: I’d love to. Do you have another hour? The reason why I haven’t is, today is CES. Talking about enterprise in Las Vegas — I was laughing with the guys earlier. I said, “You know what I’m going to talk about today? I’m going to announce all of our new enterprise virtualization technology!”

Question: I don’t think I’ve seen the PC gaming community, in 20 years, react so negatively to an Nvidia launch. Is there anything you can say to the community to make them feel better about RTX? It’s been so polarizing.

To that, I’d like to say that now, we’re ready. It’s called 2060. $349. Twice the performance of a PlayStation 4. It’s lower-priced than a game console. They get a next-generation game console today, and they get AI, and they get to do 3D modeling, and they can do broadcasting and professional video editing. If they like it on the desktop, great. If they’d like it in a laptop, great. We have 40 different laptops to choose from. My answer to all of their frustration is the 2060. It’s here.