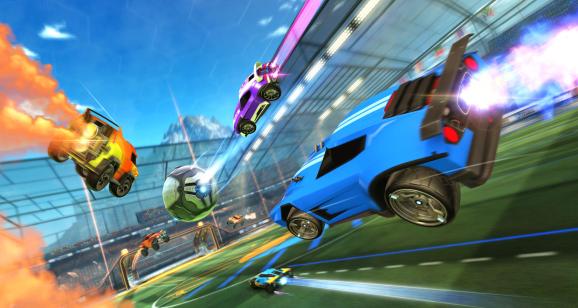 Fans of vehicular soccer on Nintendo Switch, PlayStation 4, Xbox One, and PC can now all play together. Developer Psyonix revealed today that Rocket League is in PlayStation’s cross-play beta program. This finally enables the game to pair players on PlayStation 4 with everyone else. Full cross-platform goes live for Rocket League today.

“Today’s announcement is an important one for us here at Psyonix, because we know how much our community has wanted full cross-platform support for quite some time,” Psyonix communications boss Jeremy Dunham wrote in a blog post. “It’s because of you, our fans, and our generous partners on all systems and services that have made this possible in the first place. On behalf of the entire team, than you for your passion and persistence as we continue to do our best to make Rocket League the best experience we can.”

Cross-platform play is enabled by default in Rocket League. When you begin an online game, instead of only matching you against other players on your device, it will now pull from a pool of players across every platform. Psyonix is also working on a cross-platform party system similar to what Epic Games built for Fortnite. That feature will enable you to make a team with players from any system. Cross-platform parties go live with Rocket League’s first big update that is coming in the next couple of weeks.

Fans and developers put pressure on Sony, and the publisher eventually changed it policy. But it’s a slow-moving process. Fortnite got into Sony’s “crossplay beta” in September. And it has taken until now to get Rocket League, which is only the second game in this program.

Sony has not said if it will begin enabling every PlayStation 4 release to go cross-platform. It’s a good sign that Rocket League is getting in on the action. But plenty of other games would benefit from this including Warframe, Overwatch, Tom Clancy’s Rainbow Six: Siege, and more.

But those games will have to wait and see. Sony probably wants data on how this policy affects its sales. If the impact is negligible, then hopefully just about every game can start coming out with cross-play as a standard.